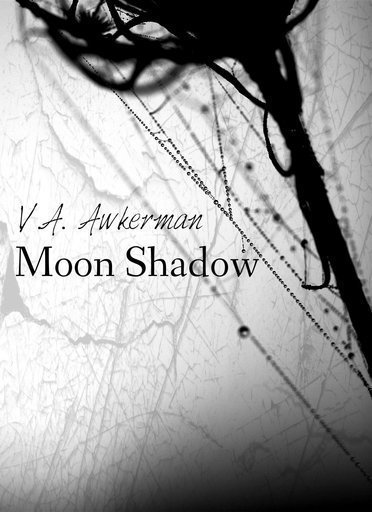 A dream-moon heralds the arrival of a nightmarish entity.

10 Reads
3 Favorites
Get the App

Taken from the Journal of Doctor Berkeley Thorndale, [date and location redacted]

I’ve had that loathsome dream again.

It begins the same each time.

I wake—or rather, I feel that I wake—to find myself standing in the garden, on the small winding path which leads throughout the grounds and skims the edge of the forest which encloses the property. The stones beneath my feet shimmer in the moonlight, which seems to me much too bright, too hot, and too close. The light holds the quality of the early morning, yet I know in some way which is barred from conscious thought or scrutiny that it is the moon which hangs over my shoulder.

Then, as quickly as the horrid vision began, it changes. The world around me chills and darkens, swallowed by a massive, writhing shadow, the sound of which is akin to the droning shriek of insects in the height of summer. On some awful impulse, I turn to see what manner of abomination could cast such a terrible shadow and am struck still and silent by the sight of the thing itself.

I am tempted to call it a spider, for it crawls and spins and ensnares just the same. Yet what I see in these dreams I can best describe as a writhing, formless mass of pale worms pulling with unholy strength at massive bones. They stretch numerous skeletal limbs, gangling and misshapen, across the surface of the dream-moon, which hangs above me. This monstrous body nearly covers it, and the moon—appearing many times larger in the dream-sky—dims beneath it.

I turn to flee, and suddenly I find myself beneath the surface of a great expanse of dark water. The shock of the cold tears my breath from me. And I see, much to my further horror, that the bubbles produced of my thrashing do not float upward but instead seem to snag on what I soon realize to be thousands upon thousands of threads, each no larger than a strand of hair but all producing the same hellish vibration.

Here the dream ends, and I return choked and exhausted, trembling for hours until daybreak. Even in sunlight, I feel the reverberation in my bones, and I swear the sound is in me now.

Today marks a fortnight since I was initially gifted those damned documents. At the first occurrence, I was quite convinced that the distressing nature of the dream’s description was what brought it so thoroughly into my own mind, but now I fear I am dealing with something far more sinister.

I’ve begun to see these threads even in my waking hours. I catch sight of them from the corner of my eye when the sunlight strikes them, and they glint. They’ve begun to cover the empty spaces between the great trees in the woodland which surrounds my home and fill them with a dull buzzing.

I’ve been unable to contact Mr. Reynolds in the past month, and I fear that my old friend may have succumbed to a similar state of madness as he has even gone so far as to claim to find the threads in food he had prepared, or to complain of being forced to draw them from his throat upon waking each morning.

I do not know how I shall keep hold of my senses if this continues much longer.

Officer Jeremy Blake had read that particular document at least thirty times over the past week. The redacted location was nothing but a ghost town these days. To historians, it was a fascinating tale of a disappearing city. To psychologists, it was a tragic account of madness. To the average person off the street, it was just a fun story to scare their friends with around Halloween.

To Jeremy, it was part of a large and very troubling pattern—one which was made considerably more obvious by the multitude of Wrong Things he was running across as he moved deeper into the little northwestern town, which had been very much alive only a month prior.

It wasn’t hard to see why they were called in. The damp air clung to him as he picked his way along a sidewalk, broken up by the roots of massive trees which cast watery shadows that splashed when he stepped through them. The noise in the background of the few local calls they’d recorded before the blackout was far louder in person, and he recognized it instantly—the buzz of thousands upon thousands of insects.

Not that there were any insects to be found. In fact, the entire town was utterly deserted down to the last mosquito. All that remained were the Wrong Things from the dream-world—the things that lurked in the periphery of the logical, the safe, the sane. Dr. Thorndale’s dream-moon was massive in the Washington sky.

“Hey, Blake?” Emily’s voice was full of static over the degrading line. The hiss was nearly lost under the buzzing, which by then had settled into Jeremy’s bones, beating against his ribs like a heavy bass line, disrupting his heartbeat. “Can you still hear me? What’s going on out there?”

“Exactly what we were afraid of,” he answered, and she made a small noise.

“Well, there are no civilians,” he said. Something flickered at the edge of his vision, but he didn’t turn to face it. Saw enough. Knew better.

Emily had started typing, the muted clicking like rain from an old TV set. “What now?” she asked. “Rachel’s busy with that . . . thing from Grover Way and—”

“I don’t need Rachel—I need Rachel’s boss,” he said. “This is above my pay grade, Em. We’re just a field office. This is way past what we’re capable of handling. I’m not even entirely sure I can get out of here, to tell you the truth.”

“We’ll . . .” Get you back was the rest of the sentence, but Emily bit the words down. Promises were made to be broken in jobs like theirs. “All right, all right. What do I need to do?”

Jeremy pressed his spine against a fading brick wall which belonged to a small second-hand store. The shadows were water now, but there was still enough light for him to breathe. He shook his head in a vain attempt to clear the noise from it and finally looked above him.

Uncountable threads stretched across the sky above the buildings, producing that deafening hum. The stars flickered low behind the glossy, shrieking web. 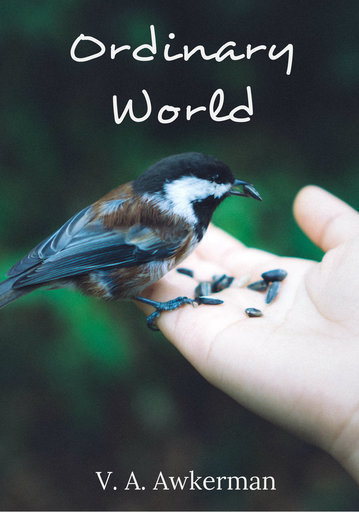