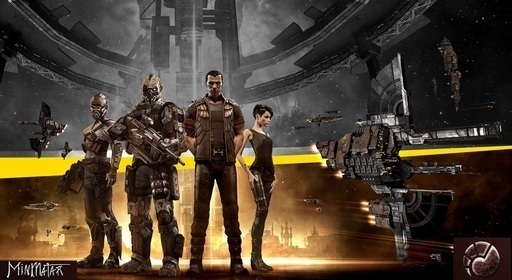 67 Reads
3 Favorites
Get the App

The Merovingian ruled along the outer edges of the known universe. For nearly 300,000 years, in a region known as "Les Mondeos Obscures". Beginning in the middle of the 50th millennium B.E.(Before EVE) Their territory largely corresponded to ancient versions of all 4 realms as they appear now just on an infinitely larger and grander scale as well as the inner world provinces, represented in the 4 known 'middle system' quadrants.
The different tribes separated by the vast distance of deep interstellar space could go a hundreds of years with out contact. Only their extensive background in genetic science saved the race from total extinction, due to the extreme distances involved and genetic material was routinely shared by the dynasty between the tribes. Put on 'slow boats' to their destinations, often taking several hundred years to reach them..
The Merovingian had discovered a way to pass the accumulated lifetime knowledge of an individual into a clone. Often giving directions to be "put on ice" for a specified period of time and to be "re-born" again at a time of their choosing. Families would often "leap-frog" through time awakening in a new clone to conduct family business until another family member would be awakened to take their place or "downloading" into another clone.

Holding someone's genetic material for ransom was quite common and a very lucrative but dangerous business.

The Merovingian dynasty was led by Childeric (457 B.E.-;481 B.E.), the son of Merovech, leader of the Salian Knights and founder of the Merovingian dynasty. But it was his famous son Clovis (481B.E.- 511 B.E.) who united all of Les Mondeos Obscures under Merovingian Royal rule and this time also marked the beginning of the genetics wars.
After the death of Clovis there were frequent clashes between different branches of the family for control over the rule of the dynasty, but when threatened by its neighbors the Merovingian presented a strong united front against all foes.
During the final century of Merovingian rule, the kings were increasingly pushed into a ceremonial role until the idea of kingship became distasteful and the rule of the Grande Prince began. A royal personage duly nominated and elected by the other royal houses of the dynasty.
The Merovingian rule ended in 752 N.A.(New Age) with the rising of the New Eden monarchy formally deposing Childeric Zachary, the currant ruling family member.
The genetics wars were almost the end for the entire human race. Toward the end of the Great Purge Grande Prince Salchik the last Grande Prince, ordered the whole of the genetic bank of the Merovingian people to be secretly warped away to an unknown location to be set adrift in deep space on a timed release.
Time is up. The resurrection begins. The Merovingian blood is calling it's children back home.

ARE YOU A Merovingian?

"The story begins here. The story ends when I run out of words and enough enough people have died." - Sjena Zlo Ozdraviti

Zjena had been daydreaming instead of watching the radar. The two Ratters had jumped in during that momentary lapse and almost killed him. The radar lit up and sirens were shrieking that he'd been gun locked. Sjena fired his shield boosters and sent his two combat drones on an intercept course to the Ratters. There was a flash of light and a jump boom to his left. A small, nimble craft, like a lightning bolt sped by Sjena, outboard guns blazing in tracer orange streaks reaching out like the finger of the gods to the two enemy skimmer ships. Now he was really shitting it. Often times bigger, badder enemies, took advantage of unwary miners engaged with Ratters in order to take everyone out and feast on the salvage. He could feel the vibrato dull thumps of the accelerant, even through the vacuum of space . The first Ratter had no time for regrets as the fireball consumed all the volatile chems inside his ship. Orange and green tendrils of sparking tritanium fading from brilliant to a dull glow and suddenly the small skimmer ship was nothing but another salvage wreck to be exploited. The second of the pair tried to turn and run. She met the same fate, but had a moment to consider her life choices. Point zero-nine seconds later she was just bio-mass floating in the frigid void. Sjena finally realized that the new arrival posed no danger.

It was J.P., it was only J.P., Sjena thought. Thank the gods J.P. had been checking out some artifact ruins in a near by asteroid field and jumped in just in time to save Sjena's ass.

"That's another one you owe me.", a voice crackled through the comms.

Sejna sighed to himself in spite of the fact that J.P. was his half brother and loved him very much.

"I know, I know. What? Are you keeping count now?"

"You can make it up to me by buying the first round when we get back to the station in Ogoten."

Ogoten. Sjena thought. Ogoten is the ass end of nowhere, and Aderkan was the ass end of that. A slow smile spread across Sjena's lips and he spoke back into the comm,"Yeah, it'll be nice to get home."

"Yeah, just. Those Rats waited till I was done to jump me. Trying to catch me with me screens down."

"Roger that. Ok bro, I'll catch ya back at the station."

He could see J.P.'s jump drive spool up half a second before he streaked out toward the system jump gate as Sjena spooled up his own slower jump drive. The bigger they are.., Sjena thought. He could hear the plasma whine and feel the ship ready itself like a coiled spring and several hundred thousand metric tons of ice harvesting tritanium slung out of the field and shot toward home.

"The measure of a man is not how big his guns are, but how he chooses to use them." - Sjena Zlo Ozdraviti

Jump gates were built around artificial wormholes, created by exploiting gravitational resonances found in binary systems. This resonance is as a friction between gravitational waves of stellar objects, the more massive the objects, the stronger the resonance between them. Positions of planets in a solar system, as well as the complex structure of dust rings around heavy planets illustrate this resonance. These stable wave patterns com in a succession of standing wave patterns, similar to those created on a guitar string.

In binary systems there exists strong resonance phenomenon, where the gravitational field of two stars in a stable binary formation would interfere with each other, like ripples from two wave sources. The main device of jump gates is a so-called mass boson sphere, based on one of the fundamental physic fields that mediates mass, and thus interacts strongly with gravitational waves. The sphere is filled with mass boson plasma, which reflects gravitational waves, pretty much in the same way as a mirror reflects light. By adjusting the plasma density so that it reflects the high-frequency gravitational waves involved in the dissipation of tensor shear, this radiation is trapped within the sphere, thus leading to a steady net increase of the gravitational stress within the resonance node, which eventually leads to the creation of the high-curvature tentacle. An analogy of this is the laser, which builds up a highly coherent and intense beam of electromagnetic energy by enclosing oscillators within a reflecting cavity.

The distance between the two ends of the wormhole depends on the mass of the suns in the binary system and on what resonance node the jump gate is located. In order to connect two jump gates a trial-and-error method is needed, often lasting many years. This is because the tentacle created by the tensor-field cannot be controlled or directed in where to open. But by having another jump gate in a nearby system build up gravitational-stress in it its own, without reaching critical point, at the same time that the tentacle is growing, then the likelihood of a connection being made increases statistically, although many attempts are still often needed. This is similar to raising a metal rod in a thunder storm.

The first jump gate were built by the Amarrian and were limited in the way that once a wormhole had been created and a ship slipped through a new wormhole had to be made before another ships could pass. As it could take several days or even months to re-connect the two jump gates, passing was slow. Later versions of jump gates allowed the jump gates to hold the wormhole open for a longer time and modern day jump gates can keep a wormhole connection open for several dozen years before it has to be reset. Also, the first jump gates were only able to connect and hold a single wormhole at a time but today they can hold several wormholes open at the same time, allowing jump gates to be connected to several other jump gates at once.

In an average binary system the jump gate has a range of around 5 light-years, provided the jump gate is constructed on the third resonance node. More powerful jump gates can be constructed on the second resonance node between the stars. Because these nodes are much farther from a solar system and, more importantly, are also harder to harness, they have only recently started to be utilized. On the other hand, they have much greater range than the basic jump gates.

There are several strict limitations on jump gate travel. First of all, jump gates can only be constructed in systems with two or more suns, because of the resonance nodes. This effectively makes one in every three systems ineligible for jump gate construction.

Secondly, only one jump gate can be in operation in a system at any given time. This is due to the erratic fluctuations in the resonance fields caused by a mass boson sphere; if more than one such sphere is active at the same time in the same system, they both become highly unstable and impossible to operate.

And thirdly, ships can only travel through wormholes if both ends of it are connected to a jump gate. This means that ships must travel between systems in normal space in order to build a jump gate. The reason for this is the extreme dilatation of the metric along the longitudinal dimension of the tentacle, meaning that the spatial coordinate along the length of the wormhole is expanded, while the radial component is cyclically curved. A spaceship entering the wormhole is subject to a strong metric gradient that would put its structural integrity in jeopardy. This can be prevented by locally countering the stretching around the immediate vicinity of the ship. Here the mass boson sphere plays its second role in the gate mechanism. When the ship goes through the mass boson sphere, a mono-atomic layer of mass boson gets deposited on the ships surface. This layer counters the stretching of the ship against the metric gradient, enough to keep the structural integrity of the ship for the duration of the trip through the hole. This doesn't mean that the gradient is completely wiped out, and even seasoned space veterans still know the feeling known as 'going down the drain' when entering a wormhole. 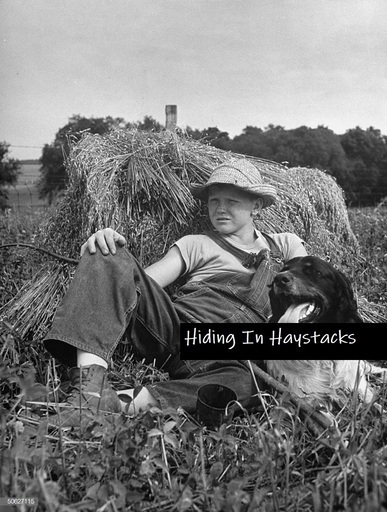 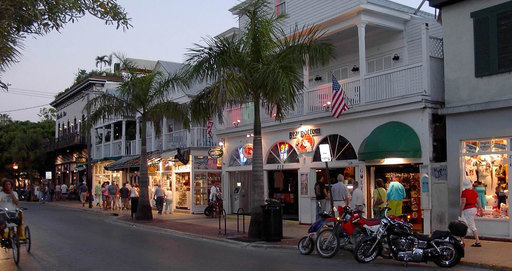 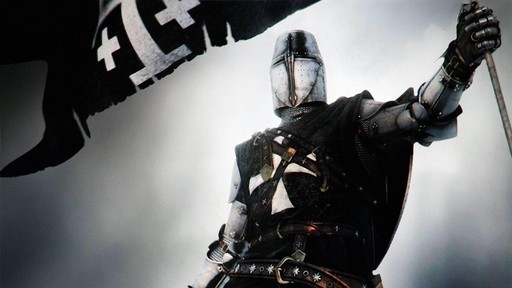