This is Andrea's first adventure as an aspiring cartoonist. Will she find success in her career as well as her friendship with Timmy?

56 Reads
2 Favorites
Get the App

Andrea Nealy was an aspiring animator who just finished her studies at the Emily Carr University of Arts and Design and moved to Los Angeles --- the home of the stars, home to Disney Animation Studios --- looking for a job. Her expertise in making animated cartoons started when she first learned the basics of animation, starting with character designs. It was because of her fascination with cartoons that she began learning animation from top to bottom. A couple of blocks away from Walt Disney Studios is a suburban neighborhood where she lives.

My first job at Disney Studios, she thought. I could get to make some cartoons… She walked over to the bus stop to wait for the bus.A couple of minutes dragged on, and the bus arrived. She hopped onto the bus looking for a seat, and before that, the bus driver asked her:

He nodded, and she walked over to seat #5. She was waiting for more passengers to climb on the bus, and as she did, a red-headed guy approached her and asked, pointing to a seat beside her.

“Is anyone taking that seat?”

She smiled, and said, “None whatsoever. You may sit beside me if you want to.”

He nodded, and calmly took a seat. As the bus started, I began asking him, “Where are you going?”

“What brings you all the way to L.A?”

“I moved in with my parents, but I've decided to find a place to stay so that I could be close to where I’m going to work.”

“I see. I just happened to be living with my parents, and I also finished college in L.A, so I’m looking for job as well.”

“Really? You seem to be very interested in cartoons.”

“Yes, and not only that, I’m also an avid audiophile.”

She nodded with enthusiasm; and as the bus reached the destination, they got off our seats and paid the fare. Once out of the bus, he introduced himself to her as Timothy Cheng, or Timmy for short.

As they headed to the entrance, they approached the security guard who’s at the gate.

“Yes, my new pal Timmy and I are,” she replied. “In fact, I’ve received an animation degree after finishing my college studies at the Emily Carr University Of Arts And Design in Vancouver.”

“I see, Ms. Nealy,” the security guard said, much obliged. “You see, my son’s taking up animation just like you. I’ve worked here so that I could help him with his studies.”

“And you must be Timmy Cheng, right?” he asked her pal.

“The last time you visited this place was when you were on a field trip. I supposeyou'veshownus the animated clip you made.”

“That was in college, sir. An animation project, that helped me a lot.”

They showed the guard a handful of artworks, including the sketches of the characters we created. His response was with excitement: “Wow! You two got a knack and talent. If you’re here for a job, you two must have a résumé…”

“… which we do now,” she said, showing the guard their résumés. And with that, he told the other security guard to escort them to the Human Resource Manager.

Once they got there, they learned that the manager had job openings, and that the company’s looking for a couple of animators. They shook his hand, and as they were introduced to him, he introduced himself as Danny Clydesdale, the H.R. manager of the animation studio. There was a job interview in which he asked applicants a handful of questions to answer.

“I suppose you have some experience in making cartoons, especially animated ones?” he asked.

She answered, “Yes, I do. Character designs and animation tools are my specialty after all. I’ve done a lot of animated shorts, just for college degree.”

“The animation process takes days, weeks, or even months. Your first step is…”

“…to sketch the characters.”

“Correct.” Then he went on saying about numerous steps in making animated cartoons, which fascinated me still…

“You’re interested in making animated cartoons on TV, am I right?”

“Yes. Cartoons run in a set of episodes, and in every season, episodes were made one by one.”

“Okay, Ms. Nealy. I recommend that you go to Disney Television Animation in Glendale, where you can work on every episode on TV. Just remember to use your creativity, and learn from experience as these may inspire you.”

“Thanks,” I said, and shook the manager’s hand.

“No problem.” Timmy showed his animated video clip (the one he made as a project when he was in college) and a couple of artworks (most of them are character designs) to Mr. Clydesdale, and his response was: "Wow, they are really impressive. Mr Cheng---" "Call me Timmy, because it's my nickname," Timmy told the manager. "Alright. Timmy, a friend of mine told me all about you since your last visit." "Yeah... I did visit Disney Animation Studios during my field trip, so that was when I was still in college." "I believe you have experience in cartoons. I tell you what, Timmy. Next week, you and Ms. Nealy are heading to Disney Television Animation Studios, not only to make some cartoon magic, but also to see what life's like in the studio." "Thanks a bunch, sir!"

“Would you believe it, Andrea?” asked Timmy as they were waiting for a ride. “We’ll get to work on the cartoons together!”

“I know, Timmy,” she answered in an excited mood. “Teamwork!”

“Agree. So, Andrea… how do you describe yourself? I mean, you’re nice and all, but there’s something else.”

“Always full of creativity, Timmy. And also fearless, except when my parents come to my house for a visit.”

“Yeah. I have two pet possums, but I also want to have a pet dog.”

“Touched a nerve there, Andrea.”

“So what position did you get?”

“I got the position of storyboard artist, which means I get to draw storyboards for every episode.”

The bus stopped, and they hopped on. They found their seats and talked to each other about cartoons, family, anything else in between. Of course, her house was near the Disney Studios; it had about four rooms, which could have each bed and a place to draw on her own free time.

They reached her house, and when she was about to bid him farewell, he asked her if he could stay there.

“You found your job, so don’t tell me you haven’t had a home.” she said.

“My parents are in San Francisco. I had been sent here in L.A to live with my aunt, and now, I had to live on my own.”

“In that case, you can stay here if you want to.”

“My house may look like a dormitory, at least it has four rooms; but the living room is where I hang out,” she said.

Once inside she found her parents at the living room, much to her surprise.

“Hello, Mrs. Nealy,” was his greeting. “My name is Timothy Cheng. It’s an honor meeting you.”

“Nice to meet you too, Timmy. You may call me Emily.” Then, she introduced him to her husband, who was Andrea’s dad.

“Hello there, Timmy. I’m Andrea’s father, but you may refer to me by my first name. Albert that is.”

“I see thatyou'vemet my daughter, yes?” he asked.

Andrea told her dad that she and Timmy met when they were looking for a job. It turned out they just hit the jackpot, they were lucky they found work; as cartoon animators. They also learned that, aside from making animated cartoons and designing characters, she also designs game cards.

“This house was bought by my parents a few weeks after moving here,” Andrea told him. “They bought this so that I could have my own place to stay once I’ve found my job.”

“Here, I’ll show you the rest of the house, but first, it’s time for dinner.”

After several minutes of conversation including dinner, they toured around her house, until she showed him her room that was upstairs.

“This is my room. I’m used to doing my stuff here, especially doing some character designs. It’s got a single bed, with my favorite plushie. Looks cute, do you agree?”

“The room beside mine has a double bunk bed, a mini library and work table. That’s where you’ll work on your stuff. And did I forget to tell you that we have a set of vinyl records and a turntable player? That is for audiophiles, but you have to turn down the volume because we might wake up the neighbors.”

Andrea yawned, “Got to get some sleep, Timmy.”

“Me too, Andrea,” Timmy said, as they went to their respective rooms.

She went to sleep, while Andrea’s in her room, writing her journal. When she was done writing, she checked on him to see if he was awake. Still sleeping like a baby, and they had a week to prepare for our job.

“Goodnight, Timmy,” she whispered, and went back to her room, going to sleep.

A week after, Timmy and Andrea ended up at the Disney TV animation studios, it was their first job. They had so much to learn, yet so much to do. They made friends with other animators, and then they started their own cartoon together. As it turned out, the cartoon became a successful hit. She owed it all to Timmy, because it all takes teamwork to finish the job. And even though there were failures, they still succeeded. And because of this, they became the creators of the new cartoon show, which gained a fanbase. Yet they had to work more episodes for their cartoon, but will their adventures continue? 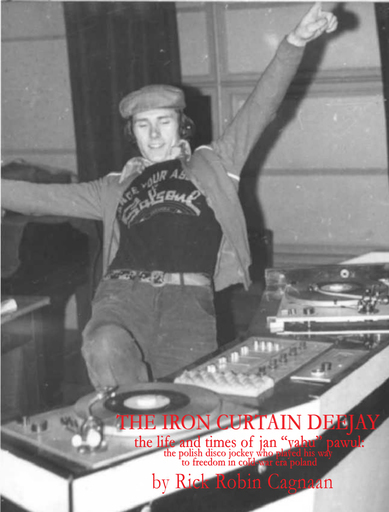 Rainey found a friend in Johnny. But as a childhood friendship blooms into romance, will their friendship last even if they promise to love one another for better or worse?