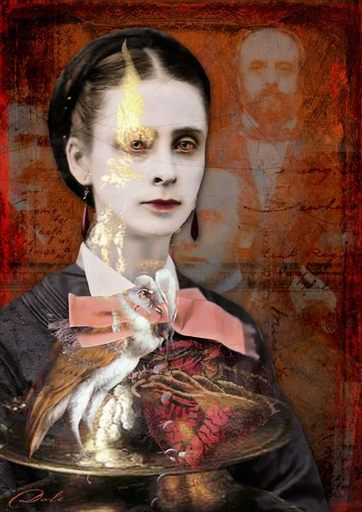 The mystery of Norville House

Kate Davies pedaled furiously through Alexander, late for a meeting at Rourke University.  The hot morning sunshine beat relentlessly upon her helmet-less head, purposely neglected so her cascade of red-gold curls could dry as she sped through the town.  It was almost nine-thirty and she was supposed to meet with Eduard Phillpott, University Librarian at nine.  As Kate glided through Norville Square, past benches and outdoor picnic tables, she winced at the thought of the old Librarian’s face, his look of disdain at her lateness.  Or even worse, the fact that he expected her to be late.  In his head, he probably decided our nine am meeting would be at nine thirty anyway, she thought irritably.

At least it was summer break and there weren’t hordes of students to manoeuvre through.  Wheeling to a stop, she leaned her bicycle against the sandstone wall of the university’s administration building and raced up the stone steps that led to the library, her sandals clapping at a frantic pace.  Glass doors slid open and goose bumps immediately appeared on Kate’s skin due to the air conditioning, already at its highest setting.  Clad only in a black spaghetti strapped singlet and red peasant skirt, she wished she’d thought to bring a light cardigan.

Seeing Kate, Anne, one of the Librarian's inclined her head towards Eduard Philpott’s office door.

“Thanks”, Kate whispered, as she walked by.  Taking a deep breath, Kate gave the Librarian’s door three knocks.  “I’m so sorry I’m late”, Kate told Eduard.  She stopped and stared at Rosemary Dickson, Professor of History at the university.  She hadn’t expected to see her there.

“So you will keep in mind what we have discussed then?” Rosemary asked Eduard, ignoring Kate, even as she turned to leave.

Eduard Phillpott nodded his head at Rosemary.  He then frowned at Kate, his spectacles pushed down his nose, forcing him to look over the top of them at her.

Kate tried very hard to keep the hands of the clock, behind Eduard, deliberately unfocussed, instead, she concentrated on Eduard’s neat little moustache.  She had been correct.  Eduard did indeed have a look of disdain pasted upon his face.  Probably been there since a minute after nine, Kate glumly told herself.

“It pays to be punctual, Kate Davies” Eduard told her.  Kate hated it when he used her full name.  “Particularly as it were you who asked for this meeting”, he continued.  “How may I help?”  Eduard Phillpott was one of those men who enunciated every syllable of a word.  It worked well in theatre, but in real life, not so much.

“Well you may remember that I mentioned doing some history on the town, in particular the Norville and Rourke families, and I need written permission to access the university’s archives,” Kate told him.

“Do you not have suitable archives at the Public Library?”  Kate knew it had been coming, the chasm between the university and public library.  Eduard Phillpott was the University Librarian and Kate Davies the Public Librarian.  Since Kate had been offered the position a few years ago, she had always felt that Eduard thought her, at twenty-seven, too young for the job.

“No”, she replied slowly.  “It’s not that there aren’t suitable archives at Alexander Public, rather, I’ve been through all the historical documents there and would like to see what the university has to offer.  So, if it’s ok with you, I’d like permission to do so”.  Kate leant back in her chair.

“I must have the request in writing first – “Eduard began.

Kate reached into her bag and pulled out a white envelope.  “You ask and you shall receive” she smiled, handing the envelope over.  “This is my formal request.  Now, that being taken care of, and since I have the morning off, could I have a look now?”

“I’m afraid that’s not possible Kate.  The archives are reserved for academic staff only.”

“I’ve read the university policy Mr Phillpott, and it states that permission can be given when expressly asked.  As I have just done” Kate quickly added.

“True enough, true enough.  However, policy also stipulates that if particular resources are already in use, then permission will be denied until those resources have freed up” Eduard retorted back.

“Resources in use…?” it dawned suddenly what the Librarian meant.  Rosemary!  Kate fumed to herself.  She mentally kicked herself, as she realised that she shouldn’t have gone to see the history academic yesterday afternoon.  She’d stupidly laid all her cards on the table, and obviously Rosemary had designs on doing the same research herself.