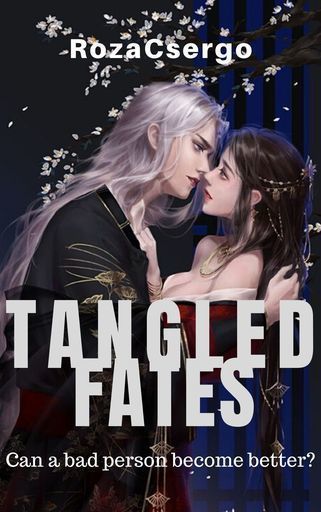 The beautiful twenty-year-old Karen Fokt is the heiress of Sailon Inc, the richest trading company in Tiegan. Guys want to date her and girls want to be friends with her. She has a perfect life… until she ignores a beggar in an attempt to hide from the violent typhoon destroying the city; an act which seals her fate forever. Karen wakes up in a mystical place surrounded by Immortals. As punishment, the Eternal Court sends her back to a place where humanity is at the mercy of the long-forgotten Gongsun Dynasty. Facing the challenges of that time period, she’s forced to kneel and obey if she wants to survive. But soon she realizes she...

0 Reads
2 Favorites
Get the App

"Thanks to my daughter's diligence and hard work, the company's capital has not only surpassed ninety-five billion USD, but Sailon Incorporated ranked as the number one trading company in Teigan," raised his glass a medium built man in his fifties. He stood straight in his fine silk suit, holding his chin up. His expression burst out of immense pride. "Karen, my dear, I could not have asked for a better blessing. Let's drink to your health."

The conference room swarmed with all sorts of employees. These high praises did not surprise anyone. But they did not rejoice either. No one dared to raise their voice for they knew it would be useless. Karen wasn't only the star employee, but she was the daughter of this trading magnate, Mr. Fokt.

They drank in silence, swallowing in discomfort. The girl stepped next to her father and embraced him with a wide smile on her pinkish round lips.

"You honor me, sir. But I couldn't have done it..." she paused and threw a foxy look at her secretary, Liany, then continued "… without you, Father." She brushed her fringe back, allowing everyone to see her content smug. She did not care what others thought. Her father was pleased with her and her future as the next head of the company was assured.

"But it's you who gathered all the data," whispered a tiny intern standing next to Liany.

"Shh, lower your voice," the secretary jumped hearing this comment. "You won't survive two hours in here if she makes a target out of you, Dott," Liany warned the intern as she caught Karen's piercing look.

"Let's go. I hope she didn't hear you", continued the secretary as she pulled her friend away.

"I heard you… and you're right. I'll have her pocket-sized resignation as my afternoon snack," laughed Karen. "It seems your name suits your statute... Ditt Dotty Dittity Dott Dott," she sang mocking the intern.

"It's her first day, Miss Karen. She doesn't know any better…," grabbed Liany Dott's mouth before she would dig her own grave for a career in business even deeper.

"Alright. You teach her my rules by the end of the day, or else I'll fire you both."

"I will, Miss. Thank you," Liany tipped her head as a sign of gratitude even is she felt nothing of sorts. Managers surrounded the money-making star, congratulating her on her newest achievement. Hearing her gloat for something she didn't lift a finger, angered Liany beyond her expectation. Before she would do or say something regrettable, she grabbed her friend by the elbow and distanced herself from Karen.

"She has only one rule, Dott. To step on anyone or anything that doesn't benefit her, and only her," Liany deliberately emphasized the word only. Dott listened with sharpened ears. The intimidating presence of Karen Fokt created uncomfortable lumps in her throat.

A young man hugged Liany from behind. "Hey, honey. Are you ready for lunch?"

She recognized his scent and turned in a haste.

"Joel," she exclaimed blushed to her ears and gave him a shy smooch.

"How long would it take?" he asked.

"Oh, about an hour or so, would you say?!" she continued giving no chance to Liany to answer.

"Really?" the secretary's face lit up, her eyes sparkling with excitement.

"Please don't eat much at the open buffet."

Liany nodded, then left the gigantic room behind. Dott followed her with quick steps, stopping only at her desk to grab some pen and paper.

"If you keep eyeballing your fiance, you'll have a head-on collision with that column," shouted Karen from behind. She stood at the door with her arms crossed, behind her a small army of men fighting for her attention. When the girls disappeared, she returned to her father.

"I can imagine, after all the hard work you've done," he caressed her gently, his hands shaking from too much excitement. "You look so much like your mother..."

"I look nothing like her. Why did you have to bring her up?" she cut through his words. Her high pitched voice resounded in the stuffed room. Everyone stopped and stared at her.

"What are you standing for?" she yelled.

"Karen, my dear, I didn't mean to..." tried the father to reason with her.

"She killed herself, Father, and I don't want to hear anything about her."

"Everyone, out. The party is over. Now," she shouted from the top of her lungs. Blood rushed through her veins, turning her face into steaming red.

"Please," Mr. Fokt begged her as she ushered him out as well.

"I love you no matter what…," he said through the door.

"I don't care," she whispered, her cold tone matching her careless attitude.

The young woman turned and locked gaze with Joel. He was still in the room, sitting comfortably on a soft cushioned backless chair looking straight at her with a questioning expression. His dark hair shined in the warm sunlight that flooded the room and his almond eyes complemented his tanned complexion.

"What do you see in her anyway?" Karen asked.

"She's not conniving as you. Liany is safe to be around," he answered with a slick smile.

"Since when is it wrong to get everything you want? It's only natural for the strong to overpower the weak."

"Everything? What is it that you want now then, huh?" he pushed his torso away from the table and straightened his back observing Karen's confident steps as she got closer. The black pants she wore enhanced her curvy figure trapping his eyes on her approaching silhouette.

"Try me." Joel encouraged her.

Karen stopped in front of him and frowned. Her white blouse was almost see-through. But she still placed her elbows on the table and leaned forward, more inviting. A round cleavage peeked through its ruffles.

"I want to forget… I want a different life," she sighed as she pulled out another chair and sat next to him, throwing her raven hair back freeing her right shoulder. "I have everything and yet I have nothing."

"Being the best at Sailon is nothing? Or the richest in Tiegan? Others would disagree."

"They only know what they see. And believe me, there's more to me than meets the eye."