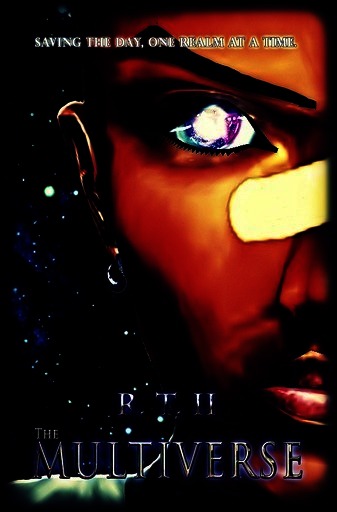 “In the multiverse, nobody’s safe. Everyone’s a target.” ~Ricven T. McQueen~ Through the darkness of worlds, there will be one man, a man of light, to lead many. This man, he is without darkness, void of contempt and fear. The hero of his kind, he must be that man of all. For he is the savior of the worlds beyond; the better man of men incapable of facing the dark of the all-realms. He must confront these evils with completion; oppose the oppressors with unorthodox measures. He must not falter in his task, for this man, a man of honor, truth, and recklessness, must be the every man of every world. For he is to be called, the...

98 Reads
2 Favorites
Get the App

Ten years ago, The|MULTIVERSE was just an idea. I was unaware of what I really had in my hands until after a few random sketches, and an incomplete roleplaying game later, did such realization kick in. Combining years of concepts, The|MULTIVERSE was born, a series of adventures that could possibly run a very long course, if I keep it up to snuff. This book will be a freebie first in the series including a bonus series of shorts along with it.

Much-much thanks to those going out of their way to read Ricven and his crazy adventures through the multiverse. Make no mistake, my friends, for there will be more, as I have already planned in The Multiverse Project!

I have read the prologue and hope to read more later! so far interesting!

Not sure how that happened, but the chapters to The|MULTIVERSE were off beat. Chapters went missing and some rearranged. The issue has been fixed. I believe it was a muck-up on my part. Ha!

There is a saying that with every choice made, a world is born where that choice contrasts the other. With every discretion births another world, another judgment, another alternative. It may appear simple, but the equation itself is complex and endless. There is no one way, but an infinity of ways. A boundless continuity without terminus, without end.

Yeah...that's some deep shit for your ass right there.

I was born over a hundred a fifty years ago. I sort of stopped remembering my age, but I know I'm well over the average human years and dancing the long life toe to toe with your usual cookie cutter elf. For a good time, I've roamed the worlds beyond my own as a walker of planes drunk on wanderlust. I was the ruler of my own fate. But you know what, I don't think that could ever be as true as I wish it to be. Fate has a weird way of working her strings around you. You can't feel it, smell it, or touch it, but you know she's there, playing you like a poor ass puppet all the way to the sheers and there ain't shit you can do about it.

I have seen so much in my days that if I wanted to write a book I'd surely win a few awards. Things beyond which no mundane eye could ever take a gander in is what I bared witness to. Beyond the mortal comprehension of what we know is space, is a greater plane that embraces all things. And beyond that, is even a bigger plane of existence encompassing it. I never went as far as those, but I can tell you that having the freedom to surpass these thought constricted limits is one hell of an experience.

When I took a moment to see how far I've traveled, I seen things that none would believe unless they saw it for themselves. But now, in the current days of my wonderful life, I have others to share it with. And in these coming events, I know I'll need all the damn help I can get. Because it's truly impossible to save them all. Damn impossible to de-damnsel every world sphere in this seemingly infinite space called the Multiverse.

My name is Ricven Tavius McQueen, a Sepian of Eirtha realm. I was born on the twenty-fourth of Mar, during the great Year of the Giant, and raised by the only person that matters, mama-dearest. You know, most kids dream of becoming architects or practitioners. Or airship pilots... or spacefarers and engineers. Once upon a time, I wanted to become a knight. But no... I became a damn Multiverser. And it wasn't by will either.

Fate's a funny bitch, but I laugh right along with it.

"He shows great promise. His potential proves meritable for the greater good."
Her positive praise speaking values far deeper than any mortal could ever perceive, for the voice of an Aeon is paramount. Perhaps it is not as great sounding to the ears, but the profound matronly tune of Moone had every reason to speak in high attribute about their latest chosen patron.
Moone padded with smooth-footed grace. Forward was her feet, bare and azure gold glittered in silvery flicks. Her delicate steps upon starlit darkness sung no tune beneath her cerulean soles, and as she edged close to the celestial brink-her sauntering steps rippled across the unseen surface-her kindred, Zenus, glared long and heavy upon the vast cosmos below.
The two Aeons stared into the infinite veil of galactic space from their boundless-like antechamber. It was void of walls, and spacious to no end. Before them, the great space of life itself twinkled and illuminated in a mass of spheres-a plethora of universes encased within-fixed in space like chrome bubbles of celestial reflection. This was the pool of all things worldly, the limitless lagoon of the multiverse-known to them as the Natatorium.
Zenus returned no sound, no words of retort, not even a breath or glance of his pearl white eyes in Moone's way. He stood strict, inky blue, bald as a babe, and ears long and pointy-like Moone's. Contrast to her gold ear piercings, his glistened at the tips with silver.
At the edge of worlds beyond, Zenus has no good comments to share with his fellow ilk's positive speech. For as he stood with tight poise short in his stilled robes, his face utterly argued against Moone's words of appraisal and truth.
"Your silence... I assume you agree," Moone said happily calm again.
"Your assumptions are inaccurate," he finally spoke. His words lacked luster.
Moone's eyes soft and bright, blazed like heavenly fire upon the top of his hair-barren head when he spoke so dismal. Like a grumpy brother he never once felt the need to be as bright and vibrant as Moone, or the others. Zenus's hairless brows were so puckered and stern that it turned Moone's serenity look into a hushed sigh and shake of her head. He struck a mock of pity on her face before it delicately washed away in tiny chortles.
"Oh, brother," she said at the ends of her warm tickle. "Must you balk." She took his words as another typical retort of inarguable opposition. Denying her praise as well as her assumptions only made him more guilty of the truth.
A truth that makes him boil so deep that Moone can literally hear the waters of realization bubble and pop inside her stern-acting sibling's inner being. It is all the more adorable when Zenus tried to conceal the facts. Not even his own white soul-bearing eyes could fool the likes of her.
She asked again but of different words, "Do you not see what I see?"
Zenus naked brows furrowed in a stern pucker-dip from her question.
"I see a fool who takes his gifts for granted."
A soften hum rumbled the inside of her throat then.
"You also support this fool and his antics."
A soft chuckle of Moone emitted afterward. Zenus way of a fool she saw otherwise.
"The Sepian of Eirtha is vigorous. A man who is brass-bound, hard as stone and a spirit hot like the fires of the forever suns," she continued. "Do not forget, my brother, it chose him. To defy its decision is to defy our creation, which defy our own faith in such a creation. It ultimately opposes our logic." She glanced down at Zenus. She saw the tiny twitch of his response jerking tiny about his bald brow.
"Keep faith in our efforts," she said lastly. She looked into the sea of verses then. "His task may be great, but he will do as destined by fate's hand. A greater evil  we sought to abolish now stirs itself awake, wishing to be whole again. Our champion has proved himself many times over that he can handle the toil." She paused her lips shut as something spotted deep in the world of worlds plastered a kindling smile of hope upon her.
"Believe in him, my brother...for he is the one." 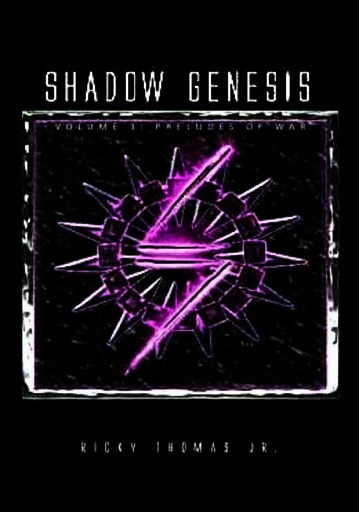 Welcome to the Shadow Realm, a realm of eternal night. Now under the new and graceful order of Malice Khan, the dawn of a new era now emerges. Daughter of former king Darkerage, a powerful and tyrannical king, all of Shadow Realm knows the dangers that come to those who act against her. However, while there are those who swear allegiance to her every will, there are others willing to defy and overthrow her from birthright. Sensing the coming change as Malice Khan brings her people solace throughout a once chaotic and darker than dark world, enemies of old and new rise from the deepest of shadows in hopes to end her reign, and bring back...