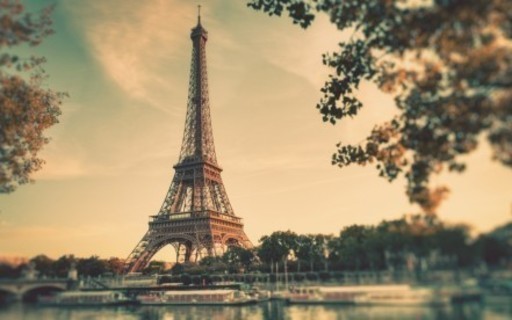 Amelie isn't really sure how Sherry made it to a French exchange program without speaking a word of French, or how this whole roommate thing is going to work, but then, some things have a way of working themselves out,

It's something of a mystery to Amelie that Sherry somehow got into a French exchange program without speaking a word of French, but then, Sherry seems equally surprised that Amelie has somehow avoided English for her twenty some years (which is not entirely true, Amelia can quote parts of Star Wars in English, but that hardly makes for good conversation). This, unfortunately, puts them into a rather uncomfortable rooming situation, leading to Sherry desperately holding up an apple and over enunciating the word as if she were speaking to someone with a hearing impairment. So, now Amelie knows apple, and Sherry has learned that the correct word in French is pomme, but that's about as far as they get language-wise.

Feelings, however, are strange beasts, and Amelie comes to appreciate that Sherry puts the French subtitles up on her American movies so they can watch together. Amelie returns the favour with her favourite French films, and movie nights become a weekly tradition. The popcorn gets passed through a series of hand gestures, Sherry's near constant commentary is silenced to an elbow to the ribs, Amelia learns that Sherry smells nice. Like, really nice. After that it's a bit of a downward slope into Feelingsville, Population: 1. And it only gets worse. Sherry is more than generous with clothes, offhandedly tossing Amelia a sweater or a scarf when the weather gets cold, and Amelie has to go around smelling her all day and it makes her feel like a bit of creep, frankly. Not that she ever declines Sherry's offers.

Amelie takes small chances to return Sherry's kindness. American chocolate picked up from the story is left on Sherry's pillow, Mysteriously, Sherry wakes up to warm cups of coffee on her nightstand. And one night, when Amelie comes back to their shared dorm and finds Sherry crying in a nest of pillows on her bed, helping her is the least she can do. The contraband vodka comes out of it's hiding spot, where it had been tucked away in the dreariest looking history textbook Amelie could find, and wordlessly sits down next to her and passes her the bottle. They take turns drinking from it until Sherry calms down, eyes still red and puffy, and cracks a small smile. "Merci," she says. Her accent still sounds horribly American. There's been some effort to learn French, but mostly it's only basics. Hello, goodbye, exactly what you'd expect. Honestly, Amelie has no idea how exactly Sherry's been managing in class. It's all something of a mystery to her.

Suitably drunk, they both tip backwards on the bed. Sherry curls up into a ball against Amelie's side, and begins to trace the freckles on Amelie's arm. Amelie's about to pass out, eyelids heavy and body comfortably warm, when Sherry whispers, "Je t'aime".

Amelie smiles softly. "I know," she replies. It takes two weeks of fragmented French and English to explain to Sherry that she was just trying to reference Star Wars and wasn't just being an asshole. 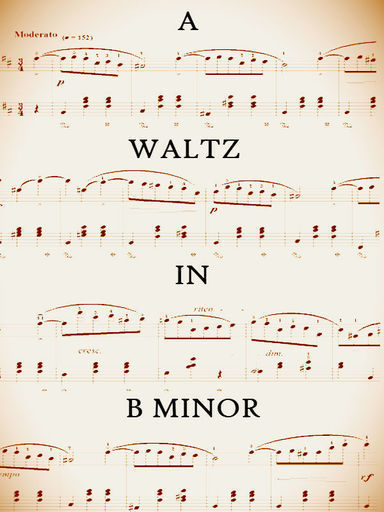 A Waltz in B Minor

Marie Pascal is a French governess in a very, very, English household, and while it's perhaps less than ideal, it could be worse. And when all else fails, she at least has her diary to write her feelings down in (when she's not losing it, that is). The nineteenth century is a confusing time, especially as Marie finds herself able to overhear the goings on of the house from the privacy of her attic room (including her employers poor literary choices, her charge's strange bed time conversations, and her fellow servants complicated personal lives). Marie's job security hangs in the balance as feelings begin to blossom between Marie and her...