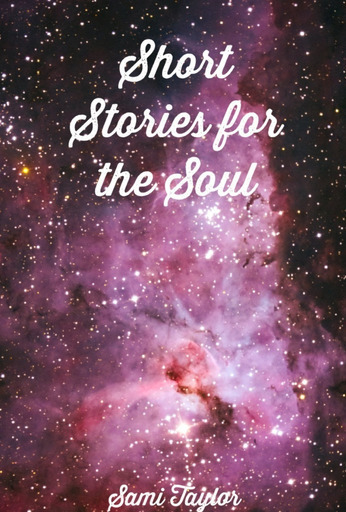 Short Stories for the Soul

Pause for a moment. Breathe in, breathe out. Take a minute to savor the world around you. Have these small tidbits of joy, hope, wonder and inspiration to do just that. Look at the world a different way. Get a new perspective. Enjoy the little things. Interpret any way you like.

There has never been a time in my life when I didn't want to help them.

Ever since I was very young, hardly a child- we had many many people without a home come to our café. Not even to eat, no, they didn't have the money for that. It was mostly for the shelter. To escape the blistering rays of heat from the outdoors. To escape freezing snow or soaking rain. Mother never did mind much at all.

In fact, I picked up a small habit when I was old enough to understand.

My mother would bake special pastries- danishes, actually-  and place them in a certain spot in our glass case. She told me that whenever someone came in and didn't order, I was to give them a danish.

I grew up brave and bold, and the little challenge of brightening others' day came easy to me. I looked hard while my mother was at work running the café, intently searching for someone with a frown on their face, with holes in their clothes, with no money in their pockets.

It felt nice to see the smiles when they discovered it was an act of kindness. But that's what made me happy- the moment they realized that they didn't have to pay for the food, that the little girl in front of them wasn't going to ask for money or tell them to leave, that look in their eyes-

That's all I was ever after.

Of course, I ended up growing up- lots of days I wasn't there at the café with mother, because of school or other occasions. I can't for sure say if she carried on my little habit, although I'm sure she did something. Mother was just like that. She was the one who had taught me to be grateful and generous after all. It was who she was.

I missed her a lot the first year she was gone.

In her will she left the café to me- not a surprise. She'd always talked about how she'd be so proud of me when I was old enough to inherit our tiny slice of heaven, our warm home filled with the sugary scent of baking sweets or warm bread right out of the oven.

I just.... never thought I'd inherit it so soon.

I'd just graduated high school. I didn't suppose anything would change from my daily life- at least, not yet. But then there was the accident, then there was the flashing lights and the hospital. The bills. The will. And everything changed so fast.

I couldn't close down the café. So many people loved it- and the overwhelming support and care given to me after Mother's passing was incredible. I do suppose I was an orphan, after all. Although being an orphan felt less....... lonely than I thought. Not to say I wasn't sad or I didn't grieve- it took me two years to be able to sleep normally after the car crash.

The café was closed the month of the accident and opened again on September 1st.

People came flooding back in, shocked at how the little girl who had been known as the owner's adorable daughter since age three had grown into the beautiful young woman who now ran and loved the place as her own. Besides, it was my own now. It was all that I had left.

I received an overwhelming amount of tips and charity money- I couldn't drive myself to say no. It was such a nice gesture. I was still struggling with the idea of college and my own finances at the time, and I'd be lying if I said the extra money didn't help. It did. Very much so.

After lots of internal debate I decided to abandon the thought of college. The café put a lot on my plate and paid well enough- at least enough to maintain it. Pay the bills, buy the ingredients for the food, boy the ingredients for my own food, pay for my own space on the floor above. Mother could never stand to be separated from the café. We'd always lived above it. The only home I'd ever known.

Two years later and I had done my very best to heal. The regulars still came by every day, still shared their kind words and generous tips. I had to hire some other workers around the café, though, for as much as I hated to admit I didn't have everything under control it was a dead lie. The café was big. Bold. It couldn't be run by one woman alone, although I wished it could. Soon friendly faces and cheerful voices added to my team of one, but...

Something was still missing.

I never realized what it was until a chilly January morning, a day after one of the most dangerous blizzards I'd ever witnessed bombarded our small town.

He came in slowly, stumbling a little. Not from drunkenness or sickness- no, from the cold. I had been out that morning to shovel some of the walkway, and only being out for fifteen minutes was enough to leave my bones aching. I couldn't imagine what the man had gone through to get to the front doors of one of the only open establishments left in Western Norway.

His clothes were ragged and his breaths were short and raspy, and I could tell by the thick snow frozen to his jacket that he'd been outside for too long. He wasn't an old man. No, he was probably three years older than I at the most. But the dark bags under his eyes and shaky hands told me enough, and I could only stand and watch as he hung up his coat and went to sit alone in the farthest booth from the door.

I got a few looks when I reached into the glass case, searching for something freshly baked. Still warm. We didn't have any danishes available on hand, sadly. I made a note to make some later when I had the time.

Taking a delicious-smelling warm apple pastry out of the case and placing it on a small plate, I took a breath for a moment. He was still sitting in the booth, arms around himself as he gazed out the window at the sunrise. It was still early. He didn't look upset or sad. He was just observant. Almost curious, it seemed, if I had been more naive.

No, he was just tired.

Straightening my apron and taking the plate in my hand, I summoned my courage and slowly walked over to his booth.

It took a moment for him to realize I was there. His eyes had glazed over, like he had been in deep thought. Maybe he was. I didn't know at the time. In fact, I doubt I ever will know what he was thinking about so deeply that day.

I gently placed the pastry down on the table, shifting my weight almost nervously. I'd done this since I was six years old and had never been anxious about the outcome - what was so different now?

Mother wasn't there, I realized. If something went wrong I had no one there to support me.

I pushed those thoughts to the back of my head and swallowed, watching him slowly blink out of his daze and turn to look at me.

He blinked once, twice. Silent. He looked down a moment later and his eyes widened just slightly before settling back into that same dazed stare. He was still quiet.

In all my years I had never seen someone react like he had to my small act of kindness.

He whispered softly once he realized I hadn't spoken or moved, which was enough to break me out of my stupor. I realized I had been staring.

A sudden heat rose to my cheeks and I quickly shook my head, fiddling with my fingers behind my back.

"I-It's free of charge. Please don't worry about it. It-It's too cold out there for someone like you to be roaming the streets. Stay as long as you'd like."

My own words shocked me- there was a thirty second silence afterward in which we both bathed in what I'd just announced. I caught the look of astonishment in his eyes and was sure I looked the same, not sure what to say next.

He slowly glanced down toward the cooling pastry once more. He blinked slowly a few times-

And then he began to shake.

His eyes stayed on the warm token of generosity the entire time, and I jumped when the first tear fell. It splattered right next to the plate, the tiny droplet of water forming the smallest puddle as he tried to comprehend my actions.

Soon another puddle joined it. Then two more.

I could only sit there and watch as he turned to look at me with the brightest, most broken smile I will ever witness in my entire life. He stood slowly, shakily (he was still trembling, the poor dear, and I should've been concerned with his health I told myself afterward), and it was then I realized how tall he was.

It didn't matter to him.

I was suddenly captured in a giant hug, warm, inviting despite his appearance or his state. His quivering was stronger now that I could feel it, and on impulse I slowly moved my arms around him the best I could. He was a giant of a man.

It didn't matter to me.

I stood and let him cry, let his tears trail down his cheeks and splatter onto my apron. That was okay with me. It was just some water.

My hands slowly moved up to gently touch the messy golden strands of hair on his head, not able to control myself. He was so shaken up, eyes full of tears, heart full of warmth.

In all of my years serving the ones without a home, this was the one time that changed my life.