A NIGHTMARE TO FACE:Sana Merchant

A NIGHTMARE TO FACE:

One dark rainy night. Tina had a dream that some was following her. Will she come face to face with her nightmare?

My parents had gone out of town for a day. So I called a friend of mine to come over to my place for a movie. We watched '50 shades of grey' and laughed our asses out on all the shades of Christian and Anastasia. Somehow that Drama movie changed into Comedy. We were discussing about it in detail while having our dinner. It was around11:00,it started to rain heavily, but we just couldn't stop talking about Christian and for a moment it just striked me that he must have been possessed by a demon to act like this. 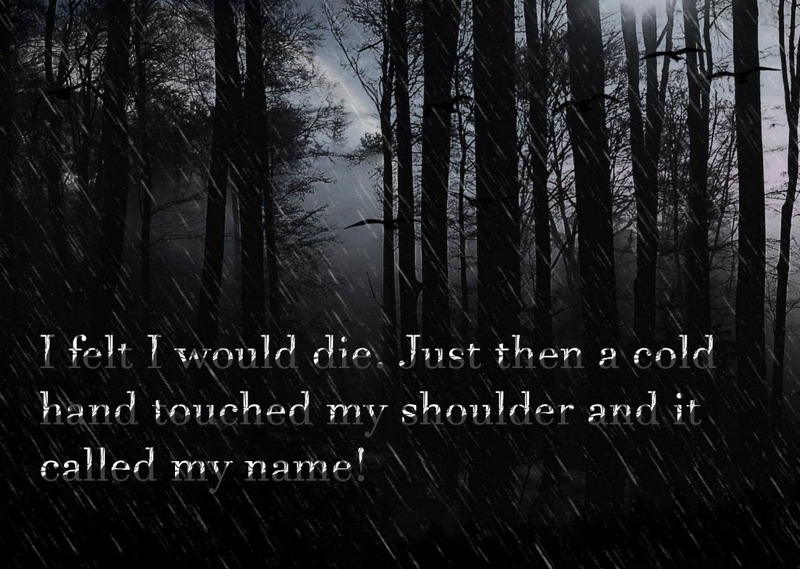 Hence, we ended up discussing about ghosts. I told my friend how last week I had witnessed a hot flash in the elevator while I was coming back from work after completing my shift even though it was around6:00in the evening and later that night I also had a dream. I was with my family, we were going to a hill station for the weekend and our car tyre got puncher. We all were out in the dark and it was raining heavily. My father removed the tyre and kept it aside and the tyre rolled into the dark dense forest. My father told me to get it, so I went; it smelt bad in there. I got the tyre I bent down to pick it up and I saw something. Like a white shadow or something moving that passed really quickly just two tress away from me. I stopped. Suddenly I felt something growling from behind, is it a dog or a wolf? I was about to turn and quench my curiosity just then I heard a laughter coming from the opposite direction of the growl. As the laughter grew closer to me the growl that had suddenly changed into a painful cry started to go away from me. It was dark and the laughter was accompanied by a cry in a thick voice and they both grew closer to me with a stench. I turned and saw a wolf running away I wanted to run away too but my feet weren’t moving…I couldn’t move. I felt suffocated, I couldn't breathe, and I felt I would die. Just then a cold hand touched my shoulder and it called my name “T…T…Tina” I didn’t wanted to turn and see who it was coz I knew that it wouldn’t be a pleasant site to see just then my friend snapped me out of it and so did my mom back then.

Well she didn't want to talk about it so we just changed the topic she just told me that the dream I described her was creeping her out. So we went upstairs in my room to decide what to wear for the weekend party and continue our grey conversation. 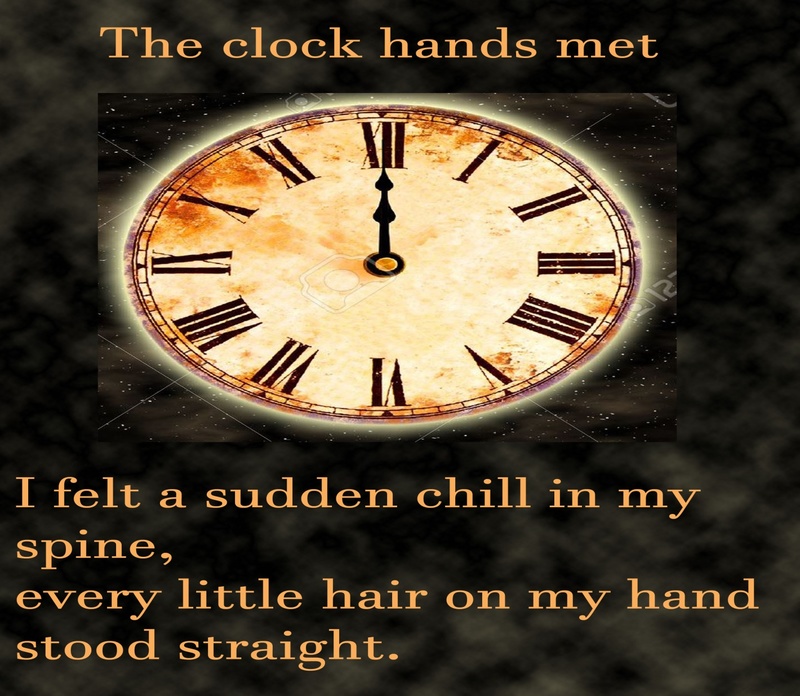 The clock hands met, it was 12:00 and we were sitting right opposite the closet, doors open gazing what to wear. So I picked a white semi-formal shirt with neon flowers around its neck and golden button on it and clubbed it with my greenpants. Rita was adamant that it was not going to look good together and I was thought opposite of that. In order to prove a point we came to the conclusion that I would rather wear and see. So I went in my washroom to change and she kept babbling about how bad it is. I really liked the combination and was very much annoyed by her comments on them.

"The shirt is looking good" I shouted from inside.

"Yeah...Shit…Tina can you come out" she replied the light went out.

"Just getting in my pants!" I answered although I am not all that scared of dark nor was she as I was getting into my pants as it had shrinked since I had bought it two years ago.

"Two mins more" by then I was halfway through I didn't tell her that coz I didn't wanted to get her started on a whole new topic.

"Tina...Tina...Tina" she recited, it was irritating so I didn't answer her.

"T...T...Tina, hahahaha..." She said in a thick voice, I stopped what I was doing and thought her laugh resembled the one in my dream.

I felt a sudden chill in my spine, every little hair on my hand stood straight. Though I knew she was playing a prank on me but it was uncanny. I didn't want her to continue with this prank any further so I didn't react to her. I buttoned my pants and went closer to the door to listen to what so was going to do further. As I put my ear on the door I heard a bang...she was banging the door.

"Tina!" she called again in the same voice but this time her laugh was accompanied by a painful cry.

As much as the cry was disturbing me I could smell the stench as bad as it could be. I felt as if all the steak that I had for dinner would be on the floor. I went away from the door and sat on the toilet seat, with my head held in my hand thinking hard what to do. All possibilities were making rounds in my mind was she fooling me and trying to capture it on video to post it on social media? Is she going through a mental problem that I didn’t know about? The last thing that I didn’t wanted to question myself was the possibility that she was possessed? But possessed by what? She is a believer, she didn’t go to any place that could be suspicious as haunted or anything like that at all…Anyhow I gathered all my courage while she was still standing banging the door and crying in pain, perhaps laughing sometimes. I went closer to the door again

“Rita… you alright?” all I could hear was a loud laugh from the other side of the door.

So the possibility of her being mentally ill had to be flushed down the toilet.

“Rita…It’s not funny! If you are capturing all this, I will punch you on your face”

“Tina! I am here! Come out…talk to me…you called me remember?” her thick voice was sounding like a man and woman talking together her breath was so loud that I could hear it in the bathroom.

“No you…” Just then it alarmed me that Rita had told me that we won’t be able to meet today coz she was going under some surgery and be hospitalized for 3 days.

So was it really my friend who came to meet me even though she was under surgery? Or the shadow from my dream or simply my mind playing tricks on me?