when the radio says your name, you listen. You listen and you obey.

Frequents came but once a generation.
Touched by the static and the noise.

Turning the dial like an expert safe cracker.
Fingers that moved so nimbly and beautiful over the knob cranking millimetre by millimetre.
Backward and forward.
Gentle turns and touches.
Somewhere between the whisper and the silence existed the station frequency that had haunted them. Its message clear.
Its message life.

A pop of static again.
The teasing bubble of volume before radio silence.
The air was dead, nothing getting through tonight it seemed.

Above them clouds were dark, brooding, moody.
A smell upon the air of rain and lightning.
Jon knew that he had to find the transmission this evening, or the whole camp would start doubting his prowess as a Frequent.

He licked his fingers again, placed his hands upon the radio, as if divining for water.
As if searching for a pulse.
His fingers danced balletically again upon the dial and the needle slid smooth and slow across the lines, there was empty air and silence, then bursts and crackles of gentle static then...

This was why he was chosen.
Frequents where one in a generation.
When the box called your name, you were holy. You were God,

Every box they found spoke to him.
"Jon" it would say.
The gentle voice a woman pleading, begging, taunting, seducing him.
From every box they found.
On every point of the needle on every line of the dial.
Regardless of AM or FM, the voice was all that existed.

And upon his lips were a thousand questions.
Frequently asked of him by the villagers.
"Why?"
"How?"
"Where?"

It did not matter.
The village had heard.
It was on every box, whispering at every bandwidth, every frequency, every station they had found.

Frequents were like Gods.
They came once in a generation.
And just like Gods, they died savage and brutal at the hands of the sheep that once lay calmly at their feet. The gentle bleats and ba's now vicious screams and baying roars.

"Kill Jon Please."
And the voice commanded, the village obeyed.

Frequent or not.
The Static whisper had demanded, so blood for blood and love for love.
No more questions.
No more whispers.

No more fingers dancing over dials.
The voice was gone.
And, so was Jon 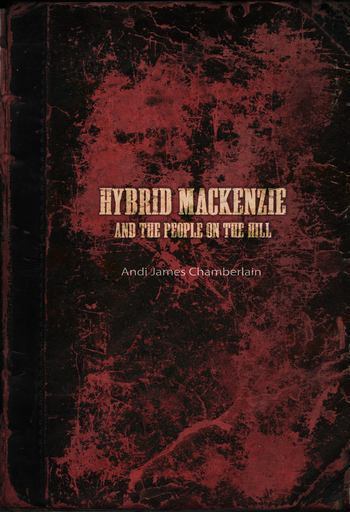 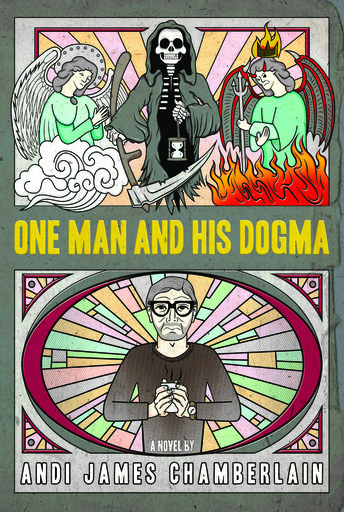 ONE MAN AND HIS DOGMA

ONE MAN AND HIS DOGMA - Debut Novel of UK fiction writer Andi James Chamberlain. James is a widowed husband and bereaved father to a wife and child tragically lost in childbirth. Struggling to come to terms with life after his loss, James is unaware that figures from myth, religion and legend are after him to become their new figurehead in a cosmic game of Chess now approaching its grand finale. A story that unfolds over five distinct timelines, involving Gods, Devils, The Riders of The Apocalypse and an entire cast of creatures from Myth and Scripture, alongside a man who has lost everything and just wants to be left with his loneliness...

To save the world, you must love the machine.