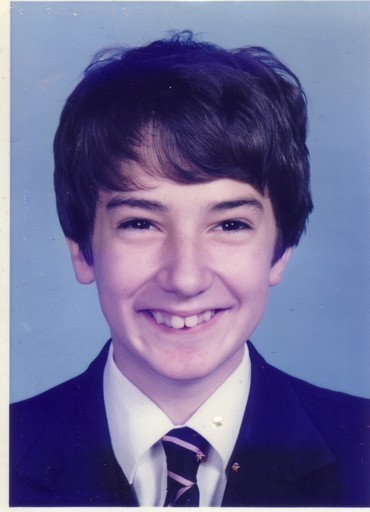 As the mist swirled in around the Massif Central, the dark started to descend upon the fire and mud hut where Emlyn resided.  This was Basic Life.  This was where the start of mankind had its true roots.  It was where the law of the fist and the fire had stretched an age of development where any rules were applicable rules.  It was that age of Homo Erectus.

It was not without some of what we know today.  There was love.  There was food.  There was sport and entertainment.  There was even some effective and contingent communication.  They had smoke signals.  These beasts had weapons and tools and they (as we all know) were on an enlightened path towards Transport.  In fact, they also had less to worry them.  Perhaps they had altogether little worry because the calendar in fact did Say 10,000 B.C.  Maybe?  Who can tell.

Emlyn turned the meat on his Fire.  He had worked his good three hours to catch what would prove the mainstay of the evening's sustenance.  This was going to taste Fine.  A meal to rival Any of the last few days.  A meal to bring some sleep of the Just in this time of the Simple.

Slowly the meat cooked whilst Emlyn absorbed heat from the embers.  His "wife" was making a sort of home just back from the fire in their cave.  Emlyn heard the sounds from inside and his heart Also warmed thinking about the nights that their love had triumphed in the adversities of this age.  He was sure that she would bear him children by the end of this year or just into the next.  Then, with children that could inherit his amount of "legacy" he could feel satisfied that his future was partly assured.

And then; almost magically, the wind around him began to fracture.  Emlyn brushed his eyes as sparkles and shimmers formed in the wind.  Slowly, the breezes began to enclose and the air started to fizz and pop.  More sparks and crackles.  Almost like a curtain call.  Like an end game,  there she was.  As his woman rushed out into the mist after hearing his scream,  Emlyn was out, Cold on the patch of grass before the fire.  The tide had begun.

A mere 12,000 years in the future, the chase was on.  Sergeant Reynolds and Officer McCall were closing in on their man.  They had received the call a good quarter hour before.  It was the usual story.  Some punk had spun off the owner of a Honda XMS 250 motorbike in order to make it a little easier to take the "free" shopping home.  The two officers were slightly of a different opinion.  They were fairly sure of returning Both the shopping and bike.  Then finding a nice, solid, cold night in for the suspect.

Except for the small fact (they had agreed) that he was quite decent on a motorbike.  This was why the whole crime scene has started to take on the appearance of one of those Five US camera clips.

And so for another three minutes, the pursuit followed the repeat of so many others that Portland had witnessed.  This was not the town of fifty years ago when the tranquility might have been broken so infrequently for, say, a burglary.  This was Portland, Oregon of today and this scenario was just all too commonplace for the residents to complain about to crime tacklers.

But, as it so happened, this pursuit Was about to take a twist that no-one had written in the rule books.  It Was destined for something that surpassed the ordinary.

In the space of what seemed like just two seconds, Unit 462 had their man.  The chase was Over.  But as All the officers and residents looked on,  there was a Blinding flash.  It might have compared for a moment as though the Gas tank had lit.  However it was brighter.  More intense.  And fierce.  A sort of bolt of brilliance that seemed more Science than Crime.

"Dispatch!  Be Advised!  Suspect has Dismounted!  Repeat! Suspect is Clear of vehicle!"

And soon enough,  four officers were over the man.  He was going absolutely Nowhere.  They cuffed him and read the rights.  He seemed shocked but reolved to his fate of a slightly less comfy bed for the night.  The man had faced the law for his actions.

"I think something lit on the bike, Neil.  Something must have fused in the engine or gearbox?"

But all 12 officers and all resources and All efforts to return This bike to its owner were in Vain.  On this occasion,  the criminal made it...  But the results for the motorbike were to prove a talking point for mouths that belonged to Great thinkers...  Bruised and battered...  But One Flash and No Bike!