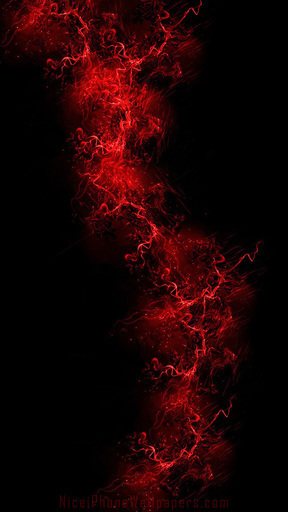 The town is not like it used to be.Creatures of darkness has taken over the holy land of Alhaeims.There is a number of strange disappearances and happenings.No body has been found but the thought of them being dead cannot be put aside just yet.

26 Reads
0 Favorites
Get the App

There has been a bundle of mysterious murders in the surroundings of the St Anne church of Alhaeims. Alhaeims has been a prosperous and peaceful town since it was founded.Legend says that there is an Angel that looks down from Heavens and cast it's magical lights upon the town to protect it from the vilest of creatures that roam the planet under the watch of the bright moon.Shining it's bright blueish light upon the unfortunates who comes upon his murderous offsprings.

After 153 years of protection,it seems like the Angel has bid it's goodbyes or has it said--- à dieu...

She golden haired girl was running as fast as she could.Sweating was pouring from her forehead and from all parts of her body.With each step she took,her heart became less responsive,it hurt and became harder to breath and run.She'd doing this strenuous activity for less than 3 minutes but that was already more than her frail body could take.

The sight got dim,she was now staggering from right to left while running.She was on the verge of giving up.Unfortunately for her this thought may have been the reason of her fall.While running half heartedly due to the fatigue she stumbled upon her own foot and fell violently on the grown.She tried desperately to get up but the ground was wet and slippery and she had been running non-stop for some time now.

Every time she tried to get up,she fell down,till she fell down hard and in the process hit her head on the ground and couldn't lift herself up any longer.She was at the crépuscule of loosing consciousness,everything was blur around her,the high buildings looked like abstract paintings just like everything else.She was unable to control her eyelids anymore and without thinking she closed them.

Just before falling into the dark realm of unconsciousness she felt a swift breeze touch her bare skin and felt herself being lifted up by firm,strong arms that could crush her.And she went into the void of darkness with one feeling.FEAR.

The blond girl opened her heavy eyelids to enter back into the realm of consciousness.She awoke with a heavy stab of pain from the side of her head.She opened and closed her eyes rapidly multiple times to be able to see.

But she was in pitch darkness.Trying to recollect her jumbled memories to make sense of the events,she remembered the nauseous feeling of fear that she'd felt before the complete darkness.She was still shooked up from the events and did not have a firm grasp of the current events.

Till a bright light blinded her vision and she had to concentrate to be able to see all the horrific seen before her.The shear amount of blood was frightening.She warily lifted her eyes up and saw all the bloodied flasks of organs that were neatly put into the holes of the wall.She wanted to scream but that was when realization hit her,harder than when she hit her head.She upside down.She looked up to her feet and saw that they were entangled by a strong steel rope.She could feel it,now,the blood coming down to the tip of her head and trying to make it explode.

That was her hint to start screaming from her deepest entrails.

But she was startled by the soft and melodic whisper coming from the entrance, the only entrance she could see from where she was hung.And that stopped her from screaming.She would not want to upset her host,and fear had already taken over her body.

Some time after she heard heavy footsteps approaching,and the fear started to grow,the fear grew into panic.It wasn't long before she could see the dark muddy boots that were coming her way.He appeared in front of her and squatted to be able to look her in the eye.The counter-part was that she was able to see those cold dark brown eyes and that sent a shiver up her spine.

"What do you want with me?I have no money to give you." She managed to say, but in an uneven voice.With full knowledge that it was not money that he was after.She was witty enough to realize that what he wanted was her and she was powerless to do anything about the matter.And that sickened her.Again and again she was looked down upon by men who thought highly of themselves simply because they had the privilege of being independent.Such injustice and now she was going to be killed without having even had the opportunity of bearing the child of the gentleman of her dreams.Regret.The bitter feeling she was feeling.

"I don't wish to have your money my,dear lady.It is but a simple thing that I desire of your pitiful and ignorant existence.And that is the pleasure of tasting the blood you carry and eating the desirable limbs you have."He said this with such a pedantic manner that it was obvious he had done this before.He had been asked this question by every single one of the 368 preys he was able to capture and later on consume."What is your name,fair demoiselle?"

"It is Isabelle.What might yours be?"She said,uncertain why he wanted to know the name of one he may not use after not long.

"Then why ask my name when you won't have any use of it?"She asked perplex from the astounding response of her assailant.

"Why,I do need to label your flask when you are gone.I am not a savage after all."He said without the slightest hint of sarcasm.

"Indeed you are no animal,you monster!!You are a disgusting heinous monster that I feel nothing more than disgust for!!"She said,putting all the hate she felt into her words.But to her surprise,the man did not bulge.Instead he put his left hand over his face and started helplessly to laugh hysterically.It was a theatrical laugh.

He looked down on her,a drop of water at the corner of his hawkish eyes."You are one fine piece of meat.It is but the first time one has addressed me in such a way though I have been told such things before.You shall have a special place only for yourself my frivolent Isabelle Shallsway"He said the last two word with a sensual voice.

This person is crazy.One crazy son of a bitch.