Just two.  That's how it had always been for Andy and Ev. When their parents died, it was up to them to stick up for each other. To always stay together, fight for each other, and sooner than they knew, to save one another's life. Would the cure for Andy's illness be just what they need, or will they enter a lifetime of division, of long suffering and love that will test the boundaries of time.

68 Reads
0 Favorites
Get the App

That's how it had always been for Andy and Ev. When their parents died, it was up to them to stick up for each other. To always stay together, fight for each other, and sooner than they knew, to save one another's life. When Ev was five and his little brother three, they were sent to a group home and waited endlessly to find a home together. Families always talked about taking both of them--but they were only saying it to make the brothers feel better. They'd hide behind the stair landing to eaves drop on conversations. The whispers were always the same, hope and then a defeated conversation. Andy was sick, people didn't want to take care of him. The visits became stale, and eventually, they didn't even bother having hope. No cure had been found, no one knew how much time he had. Doctors after doctor was called in, but none ever gave them answers. Only false hope. Ev knew it was up to him to find a cure, even if meant dragging Andy around. When they were finally old enough to manage for themselves, Ev packed bags for both of them, packing food from the almost empty kitchen, and stealing the money he knew Mrs. Gustine hid in a cereal box in the cabinets above the microwave.

"Come on, Andy, get your things," Ev had waited for this moment for years. "We're leaving."

He'd been planning meticulously night after night when everyone was asleep. He'd line up maps stolen from books in the library across the floor of their bedroom-a bedroom shared with various other children. Every time they had visited the library, he would scour the internet for miracles across the united states. Healers who claimed that no sickness was big enough, evangelist who shouted the name of God and illnesses would disappear, doctors who contended that the correct diagnosis was key to finding a cure. He knew--he was sure of it, that an answer was out there and whatever it took, he was going to save his brother. After all, he was the only person left in his life.

"What are you talking about?" Andy was sitting at the corner of his bed and the wall, flipping through photo albums of his parents.

"Put that away, would you? How many times do you have to look at that?" Ev was double checking they had everything they needed.

"Give me a break, I never knew them!"

"Well, of course you didn't numb nut, you were three!" Ev placed both hands on top of his head and did a quick look around the room. "Would you get up, already? I told you we're leaving!

"Dude- you're going to wake up Mrs. Gustine!"

" I don't care about Mrs. Gustine, now get off your butt and let's go, and don't even bother asking me where we're going. I'll tell you on the way." Reluctantly, Andy got off the bed, slid his converse on, put his arms through his hoodie and followed Ev out the door.

Ev knew that Mrs. Gustine wouldn't check on them until morning, by then they would both be long gone. She wouldn't bother calling the police either when she realized they weren't there. Last time they ran away, they were two blocks away sitting on a park bench. When the cops showed up, Ev made up a bullshit excuse about wanting to watch the sunrise over the trees. They apologized to Lisa--Mrs. Gustine, and told her to never worry. The cops also reassured her that most kids don't want to run away. Ev felt a little bad--since she ended up having to spend days in court trying not to lose her state foster license over a tiny incident.

They set out into the night, just the two. One with deteriorating lungs, and the other who would gladly give them up if it meant saving his brother.

"One room with two beds please."

The girl behind the desk shifted her glasses to look at the information on the computer. She had big frame glasses and a pony-tail hanging from the top of her head. He noticed that she was looking really closely at him. He knew he looked beat. Traveling had worn them down. At first it was kind of fun; bus rides that lasted hours and would allow them to play games and watch those extremely old movies. Most people complain about the bus being uncomfortable, but they didn't mind at night watching the white lines on the road. They traveled all across the country, seeing things they'd never seen before. It was a chance for them to escape the small town where they were from. Slowly but surely, though, things began to lose its stride and they found themselves struggling to even want to find a cure anymore. At one point, they slept at a shelter for over two years, just saving up money while doing odd jobs around town.

"Oh yeah--that's fine," Ev focused his attention back on the girl and handed her scrunched up bills from his pocket. He suddenly realized so much of their money had been spent on hostels. Not nice hostels, either. This one in particular wasn't a grand one to even mention. The lobby-a small room with wallpaper from ceiling to bottom, was so small, that he felt much like an imposition to the girl. He was sure that she dreaded these late night guest trying to check in. He wasn't much for finding out her story this time around--like he did whenever they visited hostels and had nothing else to do. This time, it was a quick pay and go. Andy was sitting on a bench outside, waiting to find out which room was theirs.

Over the past few months, Andy had taken a steady decline. It took them a lot longer to travel, in fact, it just took a lot longer to do anything. Andy's entire body was being affected. Every night, Ev had to help him bathe, and get clothed. Andy was always cold and always tired. His body was shutting down and all that ever helped was more sleep. It made it hard to go anywhere. In the night, Ev would stay awake at night, listening to raspy breathing of his brother. If there was a God out there, he prayed, please heal my brother or put him out of his misery.

As he stepped outside, Ev noticed that Andy was leaning forward and blood drops were dripping out of his nose. This was a normal occurrence too. When they were younger, the first time Andy had a nose bleed, it was in the middle of the night. They were sleeping together on a mattress that had they had found dumped in front of someone's house.  Ev had woken up to use the restroom, when he noticed his brother had a pool of dark liquid around him. He pulled out his flashlight (one of the many things in his backpack) and took a look, only to realize it was blood. He started to back away, slowly panicking, thinking his brother was dead. Then he started shaking Andy, trying to get him to wake up and Andy just opened his eyes and calmly told him to please stop hitting him. Since that night, Ev was never able to sleep through the night, but he did know that nose bleeds were pretty common with whatever disease was plaguing his brother.

Ev grabbed a bunch of tissues from his backpack and handed them to Andy.

"Here, take this, you're getting blood everywhere."

"What room? I really need to..." his raspy voice barely audible, "lie down."

Ev grabbed Andy by his elbow and helped him walk towards room 119. The rooms were all facing the highway, the light posts were directly placed in front of the building, almost as if the city didn't want them to rest. When they entered the room, the musty smell immediately hit their noses. Every chemical fume in the room found a place inside their nostrils, making it hard to even breathe. The old maroon carpet in the room had holes and black marks where someone might of burned the carpet trying to iron. The beds were each one of side of a tiny window immediately facing the door. The lamp post from outside definitely would shine the light on their faces as they were trying to sleep. All, it's not like Ev was going to get much sleep. Andy would probably be out in five minutes.

"Here, why don't you take your shoes off, and go lie down. I'll see what I can find to eat." Ev put his backpack on the bed, and turned towards the door. He thought he saw a vending machine near the lobby. Lately, he could barely stand to look at the state of his brother. None of the clothes they had fit him anymore--all too big. Anything turned into a bruise and there was almost no fat on his body. His skin was starting to tighten around his ribcage and it was like you could see right through him. It didn't matter what they had to eat, anything in his body was good at this point as long as it didn't come back up. Ev closed the door slowly behind him, but not before seeing a glimpse of his brother trying to get comfortable in the bed. He wasn't even the one in pain, but he could feel the agony within him. 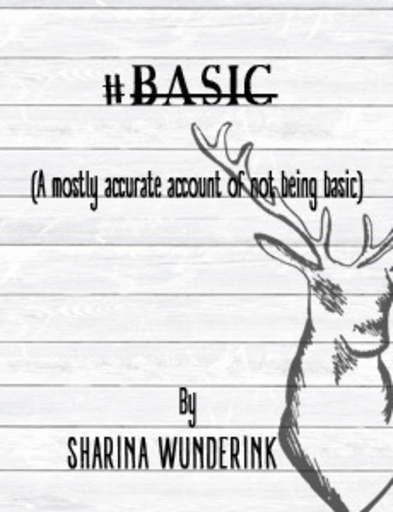 These are my stories. Stories of a girl born in Latin America, raised by a mom sleeping in a bedroom along side my sister and I. Stories of moving to America and pursuing the American dream that quickly faded. Stories of great laughter and community, but also stories of depressions and heart wrenching loneliness. Stories of a young married girl with 'mom' status. Everything starts out well. Then, slowly--or perhaps way too quickly, events start to happen that define who we are. Our 'identity' is carved out in experiences that eventually become memories. We're whisked away from childhood into undertaking the task of adulthood.