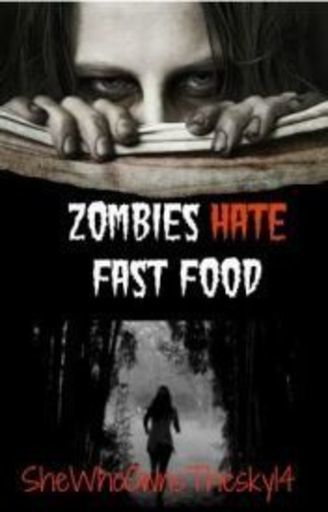 Sixteen years. It's been sixteen years since a group of young adults brought down the one man who ended the world with a deadly virus. But their story doesn't end there. Oh no. Moxie Pierce is The runner. She likes the rush of the wind against her face and the way her heart rate increases. She spends her afternoon running in the Forbidden Forest, against her father's orders, of course. He says everything outside the wall is dangerous, but Moxie just thinks he's overprotective. Besides, her best friends would let nothing happen to her. Nathen Olsen is the nerd. He walks around with a camera, taking pictures of pretty much anything and...

The Capital was gone.

That was my first thought when I woke up the next day. The Capital- the place where I grew up, the place my father builded from the ground up- burned up into ashes.

I heard voices downstairs. It took me a moment to remember my surroundings. We were in a cabin. We were in the middle of the forbidden forest. We were saved.

But everyone in the Capital wasn't.

When I went downstairs, everyone else was awake. Ace, Nate, Tori and the mystery guy were all huddled around the small table. They were listening to the radio. Or whatever was coming out the radio because it wasn't a voice. It was just white noise. Static. Nothing. I didn't want to get caught at first. I wanted to see if any of them spoke.

Why was everyone else awake but me?

The crack on the wood steps gave me away. Four pairs of eyes stared at me and I came to a stop on the stairs.

"Moxie," Ace greeted me with a small smile. Normally, I would melt at the sight of it, but not today.

"Why didn't anyone wake me up?" I didn't greet him back. His smile fell and I looked away. I finished my descend down the stairs when Tori answered. She had change out of her homecoming dress, wearing dark jeans and a sweatshirt. She looked normal. The freaking dead one in the group looked normal.

Me, Nate, and Ace, on the other hand, were still wearing our outfits from yesterday. All of us, dirty, bloody and bruised. A Memory that the events of yesterday were real.

"I didn't sleep," Nate spoke emotionlessly. It was weird to hear his voice so cold and hard. Guilt covered Tori's face like a mask but my eyes moved to Ace.

"I just woke up," Ace defended himself, but there was something off about his voice. I made a mental note of it but I decided to drop it. Instead I looked over at the mystery man. I hadn't noticed it yesterday, but the guy was beautiful. The inhuman kind of beautiful. The first thing I noticed were his eyes. When he looked up at me, I almost stopped breathing. He had amber colored eyes. Bright, vivid amber eyes. And then he smiled and I noticed the fangs. The ones that matched Tori's. He was like her; he was half zombie.

"Nolan McCray," he introduced himself and he bared his teeth. I nodded in response.

"Is anyone going to start explaining?" I asked, looking around. But Nolan held his hand to silence me. Him and Tori heard something in the radio. We all listened until the white noise became a voice. And that voice only said one name. Over and over again.