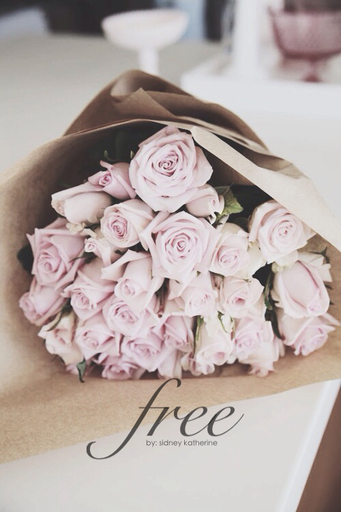 A boy who was a burst of life; he was one of the happiest people you'd come across in your life. A girl who was more than troubled, she was completely dejected from happiness. This is the story of how they cross paths and how their lives are never the same.

49 Reads
4 Favorites
Get the App

Exactly twenty-six hours went by since Summer passed away. Calum had no knowledge of the events that occurred after he left. He knew as soon as he walked in the doors of the mental institution something was off. It felt really weird. He went around doing his normal morning routine. He made himself a cup of coffee and pulled out a muffin from a box he kept in the staff work room. Then he greeted his coworkers, and went to his desk. He stayed there for about an hour and left because there were not many people visited or called that early.

Calum walked to Summer's room, a big grin on his face. When he turned the corner to head down the hall that led to her room, he noticed the bathroom was closed off. It struck Calum as odd, but he did thought little of it. He shrugged it off and continued on to the room that used to house the girl he was madly in love with.

He walked into an empty room. Calum assumed Summer was getting breakfast so he made his way to the cafeteria. Once he got there, he was disappointed to see no sign of her. Calum was incredibly optimistic and pushed away all bad thoughts. He assumed a more logical explanation as to where a Summer might have been.

Calum continued looking for her throughout the building. The more he looked the more anxious he got. After looking everywhere that came to mind at the time he went to see Ms. Lucas. He thought that maybe Summer wanted to talk to her about something. When Calum walked into her room she was a mess. Her hair looked messy and unkept, her eyes appeared red and bloodshot; and, she her nose ran from crying.

"What happened, are you okay?" Calum ask quickly going to comfort the distraught women.

She only looked up at him with sympathetic eyes. Ms. Lucas had to be the person to tell Calum what happened, and she was not ready. She hardly took the news well herself. Summer was doing so well in therapy, and she was progressing beautifully. Ms. Lucas said Summer would have been checked out soon, and what she did took her by surprise.

"Summer, she..." Calum's heart dropped. It fell down to the pit of his stomach. The color in his face drained and he froze. He did not even try to listen to the rest of what Ms. Lucas toldnhim. All that went through his mind was about Summer and what happened to her.

"What happened? Is she okay?"

Ms. Lucas held back a sob and tried to calm herself down. Calum took this as a sign that what happened to Summer was bad, possibly worse than he could imagine.

"She... she just snapped Calum. I-I-I have no idea what happened. I can't guess why she did this, I-"

"Did what?" Calum said cutting off the therapist that sat across from him. His heart raced and he could not breathe. His chest tightened every second that went by. Time seemed to have stopped and be going by slower than it normal.

"She killed herself last night Calum."

Calum stopped moving. He stopped even breathing. His heart broke into a million little pieces. His brain could hardly even process this. An overwhelming wave of guilt came over him. Calum felt like it was his fault. He had not been there for Summer.

The boy that used to happy and always grinning now sat on the floor sobbing. He yelled out and screamed not being able to believe the information he just received. Calum was utterly and completely heartbroken. His entire world just got turned upside down and he had no way of fixing it. Calum had no way of bringing Summer back to life.

Ms. Lucas said nothing, she sat on the ground next to Calum and took him into her arms. He laid his head on her shoulder and continued to cry. He felt so numb right now. The only emotion that overcame him at the moment had been utter pain. Not just an emotion he that affected his mind either, he felt psychical pain. His chest felt as if it had been stretched. Calum felt like someone punched him in the stomach with all their might.

"There was a note she left. It's for you. I know this nay be hard to take in Calum, but I will be there for you okay?" Ms. Lucas lightly rubbed Calum's back, trying to comfort him as much as possible.

When Calum's sobs became more controlled Ms. Lucas went to her desk and got the letter. The letter that Summer wrote right before she decided to end everything.

Calum took the letter, and walked out the door. He said nothing as people passed him and asked what had happened. People called after him, but it was of no use. He kept walking without turning back. He walked straight out of the mental institution and right to his car.

At first when Calum got the news about Summer's death he was a mess. He turned to alcohol to numb the burning pain he felt. Calum would drink a whole bottle of Vodka in one day. He stayed in his room with the lights off and door shut for almost two months. He did not want to talk to anyone or see anyone. The only times he ever left his room were to get more alcohol or eat something. (He rarely ever ate during this period of time).

Calum was a mess. He was broken. Not once did he read Summer's letter in the two months he was a train wreck. He was not ready for that. How could he be? How does someone prepare themselves to read the final words of the person whom you envisioned yourself with for the rest of your life?

Those two months were not only hell for Calum, but for all the people who cared about him. His three roommates were more depressed than ever imaginable. They hated seeing their best friend like this.

Calum's had gotten far too out of hand. Sometimes he would pass out for almost half a day and most of the time he would never know the date. His hangovers never ended and rarely managed walking by himself. After two months of this, he decided this needed to change. He got out of his room and surprised all of his roommates. Calum handed the bottle of alcohol to his best friend, Luke, and went to the bathroom.

Once Calum took a look in the mirror he hated what he saw. His eyes brown eyes appeared red due to them being bloodshot; and, he had horrible bags under his eyes. His hair looked like a messy bird’s nest. He looked exactly how he felt. Super shitty.

Calum took a shower, a really long shower. He cried for the first time since the day he found out that Summer passed away. He cried and cried and cried. Once he felt like he had no tears left, that is when he came out of the shower. Calum went to his room and got dressed.

The letter he never read sat on his dresser. Calum knew deep down he had to read it. He needed to read it.

Carefully, he picked up the letter. He took a deep breath and unfolded it. Calum smiled at the sight of Summer's handwriting. He loved her handwriting. It was incredibly girly and she even dotted her I's with hearts.

Please don't be mad at me. Please please please. Don't hate me for this. But they said you didn't love me. Calum they said you lied and this was all one big joke. You were the only thing making me happy. You made them be quiet Calum! But... you're not here. And they're so loud. MAKE THEM STOP CALUM. Make them stop saying mean things. I can't do this anymore Calum. I just... I'm so so so sorry.

I love you so much Calum Thomas Miller. I love your smile. Your squishy cheeks and all your tattoos. I love your friends too, tell them goodbye for me yeah? I love everything about you. Every single thing. Even the things I hate.

Calum know I'm so sorry, and I’m not sure if any of this makes sense. Believe me when I love you so much, even if you don't love me.

But I just can't be here anymore.

His heart dropped. Not in a entirely bad way though. As much as Calum missed Summer, he finally realized that now she is free. She is in a much better place now, where can be happy for eternity. Summer was in a much better place, and he now understood. Yes it hurt him so much to read the letter. To finally let it sink in Summer was really gone, but he also felt a sense of closure. He felt a little bit better about the whole thing because she was free now.

Calum set the bouquet of roses on her grave and silently cried.

"Summer, I miss you so much. I'm so sorry I took this long to come see you, but I needed time. I just couldn't except the fact that you're gone. I still can't. God I miss you. I'm still in love with you and I always will be Summer Millicent Johnson. I love you so much more than you will ever know," Calum said quietly. He spent a long time there, rejoicing in all the memories he shared with Summer. Soon it was time for him to leave, and so he said goodbye.

Yet that was not his final goodbye. Calum would go visit Summer's grave at least once every week. Sometimes Ashton, Luke, and Michael would tag along. Each time he went he would talk about his favorite times with Summer or the things he loved the most about her. Whenever they went they loved to hear Calum talk about Summer. And every single time he would be sure to bring her a bouquet of twenty-nine pink roses. Right before Calum would leave he would be sure to tell Summer he loved her and always will. 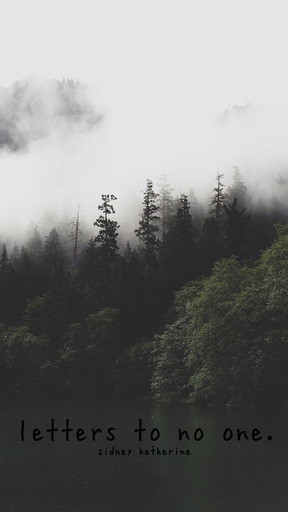 letters to no one.

letters written that i was too scared to send, or that it was just far too late. or letters that i just want to send to the world.