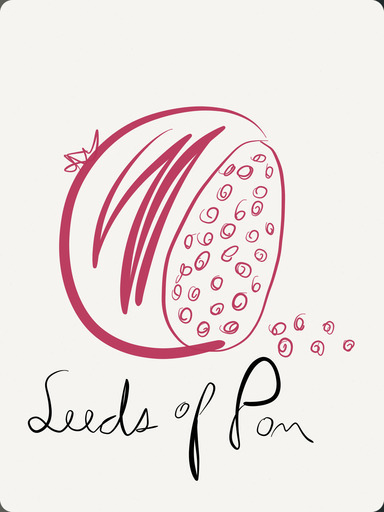 Two sisters have control over life and death. A story about decisions and pomegranates.

Ash didn’t want to be anywhere nearby when it happened. Caespa raised her palm. With the same expression of absolute certainty and chilling calm that’d been carved as her face when the gods made her, Caespa’s fingers closed into a fist. As Ash brought down the butcher’s knife, the executioner swung his axe, and heads rolled. Caespa dropped her arm and swiftly turned back toward the castle, rubbing and clutching at the cloth over her left thigh. Ash dug her hand into the heart of the pomegranate and watched the seeds slide from her fingers into a plain porcelain bowl. She slid her fingers over her mouth as if applying lipstick and knew Caespa would flinch from the stains. She went to meet her sister halfway, knowing full well she too was a murderer.

They liked birds, they’d always liked birds. They’d sit out in the garden and practice with birds. Caespa liked how Ash made them fall. Ash liked how Caespa made them fly. They always left them alive— it’s what left them feeling okay. It was justified. They started with plants when they were little. Then ants, rabbits, deer. Ash brought down a bear when she was eight. Caespa could heal humans at nine. The resurrections didn’t come until later. Ash was her second. The boy with the bucket was her first. There were more accidents before Caespa could resurrect than after. Killing came easier than giving life. They thought Ash was dangerous when her touch was poison. Wonder what they’d think now that she can stop hearts from across a room.

Their mother taught them they were touched; they were balanced. Caespa was the yin and Ash was the yang. “You two have to trust each other. You are two halves of a whole. You control a dichotomous force between you. You are nothing without each other. Ultimately, you are life and death, and you have to be careful.”

They were careful, but word spread as word does. They had their rules and were free to accept or reject their propositions. Their father made sure they were protected when some of those they rejected attempted assault. He protected their freedom to choose, to judge, to establish their morals and to exercise the actions corresponding to their beliefs.

Unfortunately, choice didn’t always work out in their favor.

Caespa set the pomegranate on a teatime table of chipped white paint as Ash ran up.

“Lord Easpwig wants to see you.”

“Caespa, you can’t say no— whatever he asks. He knows about Mom.”

“Oh, Ash.” Caespa ran her hand through her own and her sister’s hair. “You should just kill him.”

“I know. This wouldn’t be a problem if I could resurrect.” Caespa rolled the pomegranate off the table and into the bushes. “I’ll meet you inside.”

“It is to my understanding that you ladies have say over life and death.”

“My wife has fallen into less-than-ideal circumstances due to the hand of another. It would be expected of you to return her to her health and exterminate he who made a move against her life.” For Caespa the wife qualified, as did the criminal for Ash; that wasn’t the problem. What troubled them was that it was expected of them— but they knew what damage he could do with what he knew of them. Caespa knew he did not respond well to any amount of disobedience.

“And of our payment?”

“We’ll talk more of that when you do your jobs.”

“I assume you overheard.”

“The king said you were to marry his son.” Ash’s clenched fist caused a vase to burst. Caespa sighed.

“It’s never been something I’ve given much thought to. I’ve not concerned myself with it.” She swept the broken glass into her palm and deposited it into a nearby wastebasket.

“Do you even know his name?”

“Lachlan. He seems fine, I just spoke with him.”

“Our mother would want us to be safe.”

Ash’s chin rested on her chest. Her voice didn’t make it past her teeth.  “Well she’s not even here.”

“Well then you know father would be delighted at the match.”

“I know. We’ll still have free reign over our other choices, but his are mandatory.”

“Ha, you’re too strict on your code. You’ll fake anything you don’t agree with.”

“That’s likely.” Caespa looked over. “Ash. This raises your status too. Don’t worry about me.”

“Do you always look so displeased?”

Ash snorted, uncrossed her arms, and walked ahead.

“Yes, she does. She’s sweeter than she looks.”

“You shouldn’t expect clemency if I appear as if I’d grant it.”

“You’re observant.” He tapped his umbrella on the floor twice. Caespa reluctantly followed.

Ash held her hand up to cover her sight of a bird in a nearby tree. She squinted and closed her palm. The bird dropped dead. Caespa, carefully tucked under the umbrella, flicked her hand up and the bird flew back to shelter.

“You two really are incredible, you know.”

Caespa looked at Ash, then back at Lachlan. “We know.”

Caespa was wandering the hallways, sleepless, sleepy. Ash, in a panic, soon found her. She pulled at Caespa, breathless, and ran down the halls. She was in front of the grand staircase.

“It wasn’t me, I swear it Caespa please!”

“Ash, I believe you.” There was a girl on the floor, and she was quite dead— judging from the blood that appeared to have come from the gash on her neck.

“It has to have been.” She was pale. She was shaking, and so was the overhead chandelier.

“Ash, go find someone.” She left. Caespa took a deep breath in and held her hands over the girl’s chest as she knelt down around her. On her first exhale, her yin was a wave over the girl’s body. The second exhale went to heal the wound on her neck. The third through seventh exhales breathed life back into her through her mouth, after which the girl sharply inhaled and sat up, shocking Caespa back up into a standing position which she didn’t hold for long before falling back to the floor. Ash came back in then with others, breathing some of what Caespa gave away back into her so she could get past the dizziness and be still. Caespa turned back to the girl.

“Caespa, quickly! Lachlan—“ Caespa was pulled into a run up the stairs, to find Lachlan just as bloody and just as dead as the girl was minutes ago. Ash stumbled in behind her, as did Lachlan’s father.

“What do you mean you can’t!? You’ve brought plenty back before! You just brought her back!”

“I don’t have enough— not for a full resurrection… he’s been dead at least two hours longer than the girl, by the time my yin regenerates he’ll time out— I can’t bring him back.”

“Try!” She did, and when her yin was spent she fainted— unconscious, but not quite as unconscious as Lachlan.

The girl’s name was Caithness. Ash was tasked with interrogating her. She said she’d use force, but she didn’t.

“You’re fine. You can stay here.” Ash took Caithness’ hand when she closed her eyes, leeching away some of the more unpleasant feelings of injury. “I’m not my sister. Sorry I can’t fix you.”

“You don’t have to be. Taking away the pain is enough.”

Samphor was a warlord in the nearby region. He wasn’t fond of anyone who wasn’t himself. When the sisters had recovered, they were sent to capture him for execution.

“You’ve got them in every room. So many grow out in the garden. Why pomegranates?”

“They have so many possibilities.”

“They stain your fingers— they stay with you.”

“We don’t always know what we mean either.”

It’d just about broke Ash’s heart when they learned what had really happened. She’d been so taken with Caithness— she laughed like the ocean; she was alive. Samphor had been quite honest with them under Ash’s hand. It all might’ve come out sooner if she’d just used it back with Caithness. She was hired to kill Lachlan because Samphor decided he disliked him.

“So she could find sanctuary with you under her lies. Caithness knew you would bring her back if you found her in time, as per your reputation— she was familiar with your rules. She didn’t much like working for me, it makes sense she’d blame me.”

“Quite right.” Ash was shaking. In her periphery she saw Caespa nod. She curled her hand up and sucked the breath from Samphor’s lungs. He fell. Ash thought that was it.

“But— she was just a pawn! She was protecting herself!”

“Lord Easpwig will also want the head of she whose hand ended his son’s life.”

“No. Please, please, you can’t! She doesn’t have to die for him too, I forgive her, she doesn’t deserve this, Caespa, please!” For someone who could kill so easily, she was very affected by death. She wanted nowhere near it. She wanted to be far from the cause. She preferred mercy.

“I don’t give second chances, you know that.” And so Ash left dead things in her wake.

It was Caithness’ head.

They were taking proposals back at the castle as on their usual days. Caespa rejected another one. The man was not pleased.

“What gives you the right to play god?”

“What gives you the right to say what I do with my abilities? This doesn’t belong to you. You weren’t born with this. The gods gave this to me. If it’s not up to me to decide, then it should’ve been given to someone else or no one at all. You have no say. You can only ask me, and my rule is final, because my rule is the only one that can bring them back.”

He was not satisfied. Another man stepped up.

“My sister she— she… her baby didn’t make it but I was hoping you would save her? It’s…”

“Granted. Take me to her.” Caespa left with the man, in hurried but considerably better spirits. Ash continued taking proposals until it was mostly just small talk and socializing left in the main room, then went back down the hall stuck in her own head. Her defenses were never as strong as her attacks. The disgruntled man from earlier followed her and ran a sword through her back. He was dead in the next second, but she bled out soon enough. That’s how Caespa found her— slumped against a too-clean granite wall next to a dead man who’d wanted to preemptively save his own skin in a duel he’d initiated. Caespa was in an absolute panic. She carried Ash to the gardens. I’ve already— but it’s Ash— I’d be unbalanced— I’d be a catastrophe— she was distracted— I should— yes,—

There was a shuddering gasp accompanied by wide eyes and a bout of coughing. Caespa plucked a pomegranate from a nearby shrub.

“You’ve already…” Caespa pulled Ash into a sitting position with one hand and offered her seeds with the other. 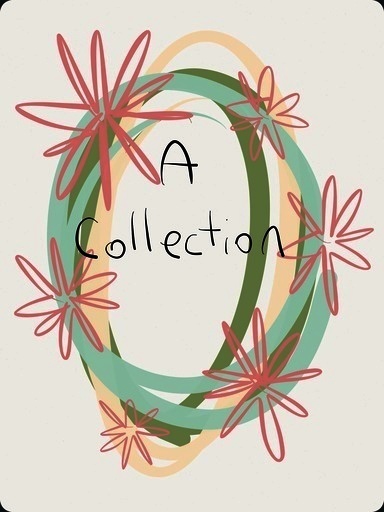 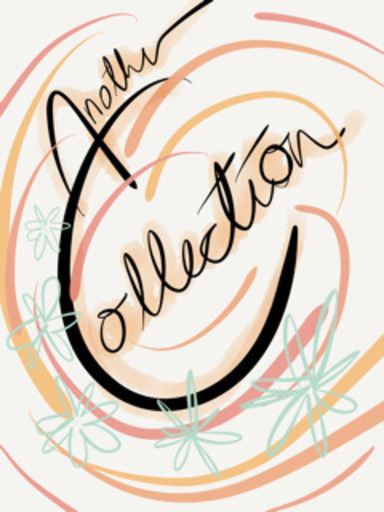 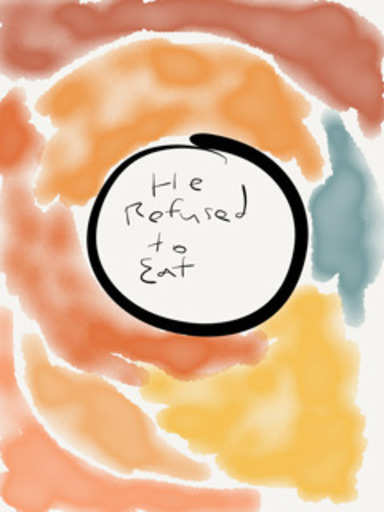