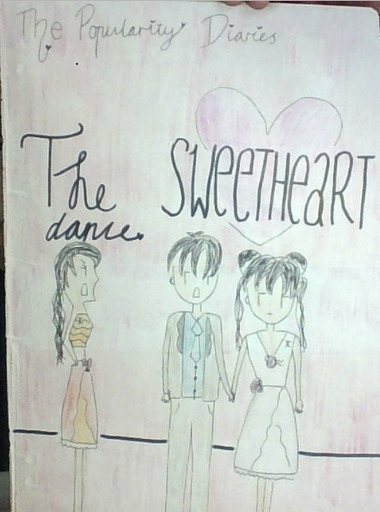 Summer and her best friends have 3 new girls in their school and they look the same. Their group leader Hazel, it obnoxious and stuck up, but Summer does not realize she has to learn that quickly and not loose one of her best friends.

37 Reads
6 Favorites
Get the App

There are so many exciting things going on today!

They are officially part of the the popular group!

Today as our first lesson Miss Granger slapped a surprise pop quiz on our face!!😒

But I guess I'm quite good at math so I should not worry. But what i do need to worry about is how hard the test is and what she is testing us on.

I really hope that Hazel, Luna and Angelina do well on the quiz. I mean, all of the popular kids in our school are not stupid ( Well because our schools is the one of the top schools in the world.), even if the don't get TOP of the class they at least still pass the exams they take.

I really don't want to them to end up in the lame group because they are really kind people as we have spoken to them and they dress elegantly and it would be a shame if they turned out to be dumb and stupid.

And they look like me and my BFF's , so if they get a bad reputation, that could effect US! And I don't want to ruin my perfect popular reputation! What if they take my identity and take Nick away from me?! ( That's a bit selfish!)

OK, after we finished and Miss Granger handed out our test paper and tried to change my name into hers'! I mean Maggie is not that dumb or stupid, she just does not do that well and does not reach the standards her mum wants her to reach.

So unfortunately for Maggie, Miss Granger saw what she was doing and got really angry at her and gave her like a discipline lesson for like 20 minutes, and gave her a detention slip.

SO BAD LUCK MAGGIE !!! Better luck nest time on the test not on stealing someone else's paper.

Maggie also made such a bad impression on the school! Hazel, Luna and Angelina were also surprised about how there would be such a jerk in such a great school.

I guess Maggie will have to start building her reputation up as a neutral, not as the girl you should ask when you cannot find the detention room or, the dirty worm farm to clean and do gardening in. I mean Maggie is not dumb, she is just mean rude and arrogant.

At the cafeteria, I saw Maggie fuming around and talking to her friends all red faced, and kept glancing at us every now and then throwing us nasty look. I mean I would give her a nasty look,  but considering that she already had one, I find no need.( that was really mean).

Maybe I should give my test paper to Maggie, but that would be cheating. Maggie and i would both get a detention if I did that! And I might be known as some random stupid person who you can ask to borrow their test paper for a good grade😩😖!

While we were eating our snacks, Maggie came up to our table and said hello to Hazel and her group, and told them that if they ever needed a guide, the could ask her. So I think that she is trying to get on Hazel's good side and not ruin her reputation, but Hazel already has a good idea on what Maggie is like as they rejected her.

There's a sweet heart dance thing at our school THIS month!! I only knew because Hazel told me and NICK ALREADY ASKED ME TO THE DANCE!!! YAY !😊😊

He said he could have waited because he was kind of nervous and stuff, but he did not want his request drowned by other random and over flowing love letters, notes, text messages, emails, likes, comments on random social media accounts that we have.

I guess that is true. In year 6, we had a graduation party and we had to have like a ' Dance partner', and they said it would be easier for us and them if we chose partners BEFORE the dance.

Our dormitory mail box got jammed and then it broke, and them when the mail box was jammed and was full, other random lovers put like 3 boxes around the mail box. And other lazy people just left them on the floor, but the got kind of wet in the morning dew and the rain.

I mean show some respect to the mail box! It has meaning to life too! Stop wasting materials to make the mail box people!

And minus all that drama for having to fix the letter box and getting the blame for it form Miss Terry the principal, we had to obey a new rule that had been implemented. It was that we had to respond to every letter by hand.😩

As a result, we had to use over 50 pens to respond to those stupid people, and our hands nearly fell off! We have a life too! We nearly died! I mean why not  use like a quick simple email since the technology these days is so advanced! Or if we were really lazy, we could not respond and the people should just get the idea, back off and go find somebody new!

For us, it will be the same nightmare this year too! I have to look out for cheap pens to respond to people this year! It's not like I can't afford it! But this year, the nightmare will be larger! There will be boys from year 8-12 so we have MORE letters to answer.

OK. Fine. Natural disasters are happening in the world right now and there is one happening in our school right now!!! Minus the fact it isn't really NATURAL. And it happens to be that Hazel, Luna and Angelina have been mistaken to be us! Or actually trying to STEAL OUR IDENTITY!!!

I am so angry that I could just SPIT on Hazel's over make-up-lized face.

Ugh! I feel sick now, maybe because Maggie gave me her flu, or I feel sick of Hazel's ugly face.

I need to go count sheet to fall asleep. I an so disgusted!!!!!

Today we got our reports!!!

I know it's not like the end of the semester or the end of the year, but some random parent said that they were leaving the school and requested for their child's report. So the school gave everyone a report card thing for only some of the subjects. 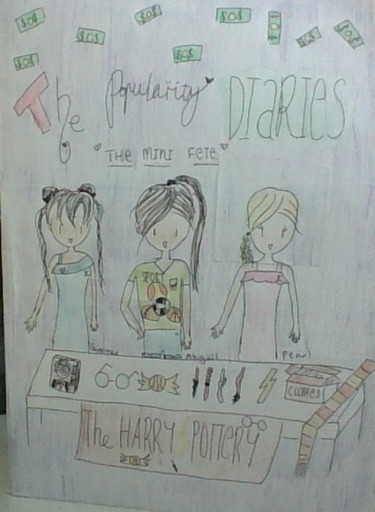 The Popularity Diaries #1 The Mini Fete

Summer and her friends have been waiting to do the mini fete for ages. And now it is their chance. They have awesome ideas, but someone steals their main product for sale. Summer has to find the thief and complete the mini fete stall. But if they cannot find it, they will fail the expectations and get a strike against their name for suspension.