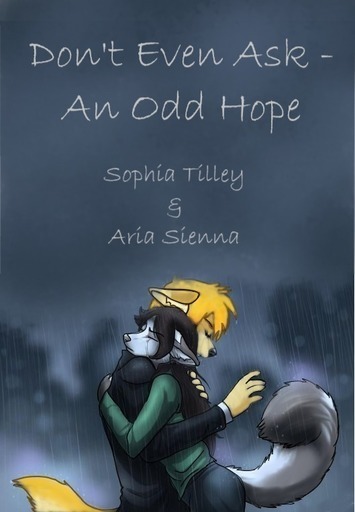 Don't Even Ask - An Odd Hope

This is a branch off Don't Even Ask. I hope you love it! I'll make a better blurb-thingy later.

12 Reads
2 Favorites
Get the App

His tail curled between his legs as Cooper stepped around the corner. He sighed, leaning against a locker. Dropping, he slid down to the floor. Cooper laughed, covering his face with his hands. He looked up, running his fingers through his blonde hair.

Weird, he thought, getting to his feet. Addy isn't here.

Cooper reached into his pocket, pulling out the scrunched note her got from her yesterday.

If she wanted to talk, why isn't she here?

He sidled to the left, shoving the paper in his bag. Cooper stepped over to his locker, twisting in the combination. He pulled the lock down, opening the door. Grabbing his gym bag, he closed it shut again, heading down the hall to the auditorium.

I need to tell her how I really feel about our relationship, he grumbled.

Cooper passed through the towering doors, his shoes squeaking as they contacted the polished court. He wriggled out of his backpack, throwing it on a bench. He yawned as he stepped into the empty changing room. He quickly pulled on his football uniform, pushing his discarded clothes into the bag.

Cooper stepped in front of the mirror, glaring at his reflection.

Not good enough, Cooper. You can do better.

He jumped as he heard the door open and close again. A tall wolf threw his bag on the tiled floor, yanking off his t-shirt.

"Who... are you?" Cooper asked, quickly busying himself with the faucet.

"Regan," he replied simply, pulling the football jersey over his head.

"The coach said I should join the team."

Cooper debated whether to be aggressive or not.

Don't want to start anything, he thought, switching off the tap.

"Ah, right. I think coach said something about a Fullback."

"No. I think I'll understand when we actually play."

This can't be good.

"OK, see you there, then," Cooper mumbled, quickly leaving the room without another word.

What has Richwood come to these days? Football players that don't know the game? You'd have to be insane.

A whistle sounded as Dogs and Cats of all sizes were sprinting across the field, shouldering each other roughly. A round Rottweiler held a clipboard firmly in his hands, shouting orders to nearby players.

Cooper jogged up to him, stopping abruptly. He brushed his fringe out of his face, admiring the game.

"Oh, you must be Cooper," the coach bellowed, flipping through the pages on his board.

"Alright, then. On the field."

Cooper walked to the grass, his tail wagging wildly with excitement. He felt good to be back at Richwood, playing football again. He ensured he did consistent training over the break, readying himself for the season waiting for him when he got back.

A tall, burly Husky ran up to him, punching him in the shoulder playfully. His silver fur and white patches shone brightly in the early afternoon. Cooper touched his arm gingerly, laughing.

"Hey, Coops, know what you're doing?" Balto chuckled, clasping the ball in his thick hands.

Balto nudged Cooper's shoulder with his elbow, pointing towards the end of the field. A group of Cats waved their pompoms in sync, chanting the school cheers.

Oh, crap, Cooper thought as he spotted Addy among the group.

"Addy's there," Balto whispered, laughing as the jocks joined Cooper and him on the baseline.

A muscular brown Labrador ran up to Addy, lifting her in his arms. He kissed her, placing her back on the ground. He grabbed her hand in his, walking her to the other Dogs. A small smirk spread across his face as he saw Cooper.

Cooper's heart sunk to his butt as he stood there, looking at his girlfriend in his best friends arms. His ears and tail drooped, mimicking how he felt.

"Cooper, it's not what it looks like," Addy said calmly, squeezing Jake's hand.

"Ha!" Balto barked out a laugh, glaring daggers at Jake with his cold, blue eyes. "Nothing is it?"

"Well, nothing Cooper should worry about," Jake replied calmly, challenging Balto's menacing look with his own.

"Isn't that right, Coops?"
Cooper clenched his fingers into a fist, snarling at Jake. He turned to Addy, eyebrows furrowing as he saw her in his best friend's arms.

"Why, Addy. I gave you everything!" he growled, scowling at the frightened look plastered on Addy's face, dripping with mascara as tears stained her eyes.

"Y-you know," she stammered, obscured by Jake. Her head poked out timidly from behind his arm.

"Jake ain't half the Dog Cooper is!" Balto roared, a loud pop echoed around the field as he accidentally puncturing the leather ball between his giant hands.

"Save it, Balto," Cooper said calmly as he took a step closer to Jake.
Squeezing his fingers into a fist, he looked at his sneakers that were stained with large droplets as rain started pelting their heads.

I hope you'll find it in your scumbag heart to eventually forgive me.

Without warning, Cooper swung his fist behind his head, forwarding it to Jake's jaw. His knuckles collided hard with firm teeth, cracking loudly as he felt blood dripping onto the back of his hand. Jake groaned, staggering backwards. He touched his fingers gingerly to his mouth, wincing as crimson touched his skin.

Jake lunged at Cooper, shoving him to the ground. Cooper felt hits to his face and neck, grumbling at the sudden pain grasping his body. He grabbed Jake's shoulders in his fists, forcing him off his stomach. He and Jake grappled on the ground, exchanging painful blows.

"Enough!" Balto growled, grabbing Cooper by the scruff of his shirt. He pulled Jake off the muddy grass, shaking him wildly until he stopped moving. It didn't last long as both Labradors swung back and forth, trying to reach the other.

"Cooper, keep your cool. Don't stoop to his level. It's not worth it!"

"I don't want her either!" Jake hissed. "I'm not going to be some rebound!"

Addy whimpered, covering her head with her arms.
"Problem solved," Balto sighed. But as he was about to drop them, two thin darts cut through the air swiftly, landing with a soft thud in Jake's back. He howled in agony, snapping his teeth at Balto. Within moments, his head dropped onto his shoulder, eyes rolling around in their sockets.

"Assault and fighting publicly on school property is against the rules," a deep voice rumbled as two more darts went flying into Cooper's shoulder. He immediately lost consciousness, falling into a deep sleep.

"It was your idea to bring them into Richwood!" a second voice thundered angrily.

"Richwood Academy is a prestigious school for the best of the best. Whoever attends this school is fully aware of that." the first replied calmly.

"Take them to the infirmary." 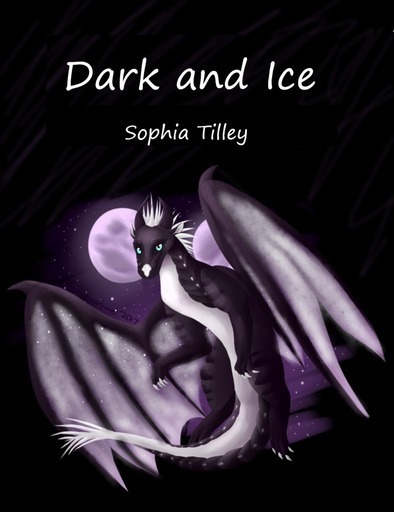 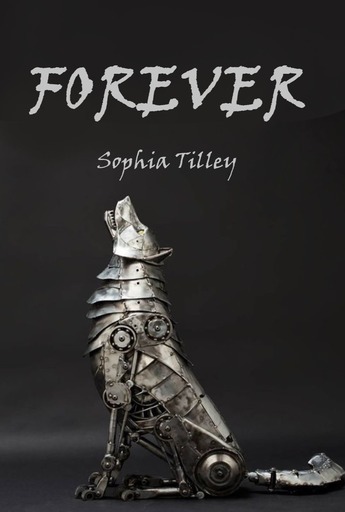