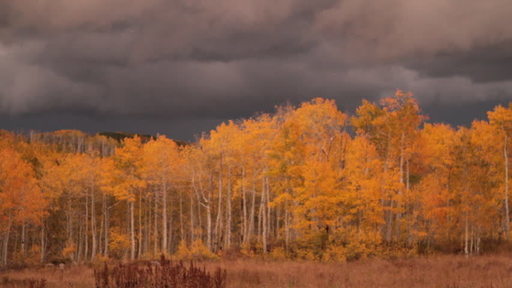 A very short description of the weather as autumn transitions into winter, and the struggles that a family of rabbits will face.

12 Reads
0 Favorites
Get the App

Grey clouds churned and tumbled in the sky above the woods. Angry lightning illuminated the edges, preceding the crack of thunder. Cold blasts of wind whipped the dry autumn leaves through the trees. Some of the leaves fell apart upon collision with the strong oaks and fluttered down to their final resting place on the ground. Others, more resilient, bounced off any obstacles and let themselves be taken wherever the gale took them. But these, too, eventually met the same fate as their fragile relatives. The strongest leaves held on to their branches. The wind pried and yanked, madly trying to tear these last few survivors from their homes, until finally it accepted defeat and resumed its rampage. Just before the wind left, however, it vowed to fulfill Nature’s wish: that all leaves be removed from the trees for Winter to grasp control.

Safe from the war waging outside, a family of rabbits huddled together under the root of an old, bare oak tree. It creaked and groaned in the wind, but the rabbits knew that it would provide enough shelter for this winter. It had served that particular lineage for years. Its inhabitants watered the tree and did their best to keep pests away. The inevitable was avoided for as long as possible, but, like the leaves it once harbored, the oak tree would soon rest on the forest floor.

The younger rabbits slept in a pile. Aside from the occasional twitch at the sound of thunder, they were restful and blissfully ignorant of winter’s impending reign. The parents could not be afforded such a blessing; they were acutely aware of the struggles to come. They would have to scrounge for unsatisfying morsels of dry food. The underside of the tree would have to be kept warm. Most importantly, they would have to survive while remaining unnoticed by the fox. It was primarily this last matter that kept the rabbits awake now. Food and warmth were constants to them. In the grand scheme of things, those are predictable. But the fox was clever. It was conniving. And during the winter, it was desperate.

For now, their fears were just fears. The fox presently had enough prey to remain appeased. The weather was getting colder, but it was not unbearable. The parents realized this soon enough. And so, comforted by the distant rumbling of thunder and blow of wind, the rabbits found sleep’s calm embrace.