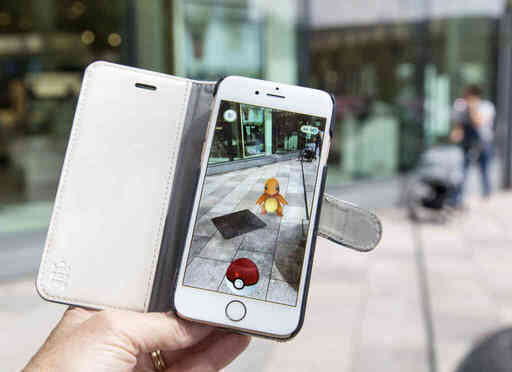 The game development journey has been a gradual but a really exciting one when it comes to capturing audience for the purpose of telling unique stories and experiences that the customer never forgets. From the PC to Consoles, the audience now are experiencing mammoth gaming power right at the palm of their hands.

The world of gamming right now is worth more than $41 Billion with revenues exceeding $3.5 billion only in the US. But apart from game design there are technologies still coming out like the incorporation of AR and VR that could take this giant industry towards newer heights. With the introduction of freemium gaming in mobile games and the advancements in mobile graphic technology, mobile gaming is still showing a lot of prospect through which a wide verity of App Game Developers can earn insane returns and reputation.

So if you are a starter with an idea that could take off, before development it is best to learn from the mobile gaming giants and follow in their footsteps to gain the maximum user attention.

You have not been in mobile gaming if you haven’t heard of these guys. The organization hails from Finland, Helsinki and came to life in 2010. Supercell with game titles like “Clash of Clans” and “Hay Day” have changed the perception of mobile gaming around the world.

This game development company has shown an astonishing growth in recent years and has its place solidified amongst other gaming giants operating in the world today. With an annual revenue of over $1600 million in the year 2018 and having over a 100 million Supercell is the best gaming venture to learn from.

This game dev company is a part of the bigger Chinese conglomerate by the name of Tancent Holdings and was founded in 2003 as Tencent Interactive Entertainment. With 15% of the global games revenue going to Tencent and having over 85 million users worldwide this games company has unleashed famous titles like Dungeon Fighter, Beat ‘em up and Xunxian (a Chinese Mythology Game).

In 2017 a part of the success that came to Tencent was the development and deployment of a complete online gaming platform by the name of WeGame. This online portal is considered the biggest gaming ecosystem where the audience can find game purchases, game news and other community services, to be aware and be equipped with the latest game software released throughout the world.

The first breakthrough came in the form of Game of War: Fire Age, which was initially developed by a team of 80 people and the project was finished in a time of 18 months. It is said that Machine Zone wasn’t doing good in the market but received an astonishing jump in sales when this title was released. But since this release the company has never looked back and later developed other eye-catching titles like Mobile Strike that became a popular success in 2015.

Electronic Arts is dubbed the second largest game development company in the North American region. The company came into existence in 1982 by CEO Trip Hawkins in Redwood City California. With an annual $5.1 billion, ever since its inception Electronic Arts has been brave in its approach by launching development projects that cater to every gaming platform there is in the world.

Electronic arts has released famous mobile titles like Fifa Mobile, The Sims Mobile, Skate and many more that have captured consumer attention around the globe. EA is working continuously working on bring titles on the app store that incorporate VR technology to deliver an experience that equals the experience of playing games on a screen.

If you have played games like Final Fantasy or Dragon Quest then you might have heard of Square Enix, one of the most profitable game companies operating in Japan. The organization came to being in 1975 and is standing on a yearly net sales of ¥ 271 billion in the year 2019.

Square Enix has also collaborated with big development names and has released titles like Cross Gate, Fantasy Earth, Chocobo’s Crystal Tower that have given the gaming audience amazing experiences and stories they will never forget.

This concept came into being in 2016, CMOLD being a app development and game development company in the US. Though relatively new as compared to its competitors, CMOLDS holds a lot of promise for the gaming industry around the globe.

This App Design Company Online hosts a team of dedicated game artists that are breaking market norms with the production of visually astounding and gripping 3d experiences for the world to see.