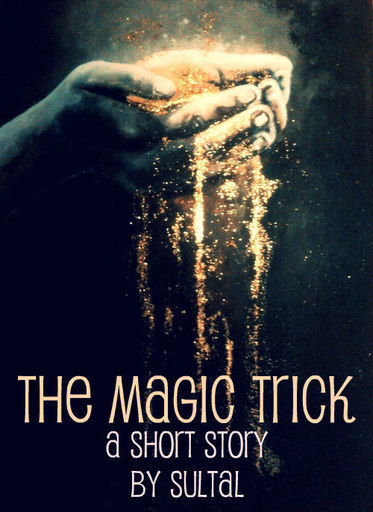 Magic is not real. At least, not in real life. Or...so I thought. I guess my boyfriend proved me wrong.

17 Reads
1 Favorite
Get the App

Everybody knows that magic tricks are just illusions and the "magician" in question got his professional degree from Google.

Yeah sure...magic tricks look impressive. But they're not that complicated. Think about it. You take blinding dexterity, add in a reproducible technique, and hey presto....you have a magic trick.

See? All magic tricks are explainable. And if you can explain it, then it's not magic.

This cynicism towards magic tricks was one that I held throughout my life...until last night.

I was in class. Night class, to be exact.

Sign language is a kinetic dialect. It's very fluid and very fast. Every word depends on the shape, movement, and expression of face and hands. When done right, signers look like magicians pulling sentences from thin air.

Jack is the magician in this story. And his magic trick was performed during a class activity called 'Handshapes.'

We watched. Our instructor made a fist, the alphabet symbol for "S." He rotated his forearm, providing a 360 degree view.

The gesture was meant to be helpful, but we all panicked. In the moment he paused, I could hear every brain buzzing as we tried to remember signs involving the "S hand."

Jack had the ASL dictionary in his brain. Remember, he's fluent. Asking Jack to think of a sign using the "S hand" was like asking Einstein to count by ones from 0 to 100. Pretty darn easy.

The rest of the class had a limited vocabulary, but I thought of a sign immediately: silver. Point to the ear with an index finger, then pull away and shake a fist, ending with the "S hand." Silver.

True, the sign for silver involved two hand shapes, but I was happy.

For one, I would look smart. Always a bonus.

Second, Jack would be proud of me. # Best Girlfriend Ever.

And three, no one would steal my word. Stress be gone!

Confident with my cool, complex sign, I awaited my turn.

HA! I thought inside my head. NAH YOU'RE NOT! MY WORD IS ASL-LICOUS!

Obviously I didn't say that. My actual reply was flirtatious and diplomatic.

"No you're not," I whispered, tilting away from our instructor (talking is not allowed in class). "You can't read minds."

"Just watch..." Jack clawed two fingers across his opposite forearm. "Steal." he translated, repeating the sign. "I'm going to steal your word because I know what you're thinking."

"I just know." Jack settled smugly  as the instructor pointed to the first student. "Get ready...here we go."

"Omg..." I rolled my eyes. Jack winked. Following a good-natured nudge, we watched our classmates sign.

Single fist bobbing up and down – the word YES.

I nodded to myself. Okay. No one took silver. So far so good.

The next group was slower. The signs were getting harder.

Single fist, shaken to the side, palm in – the word SATURDAY.

Two fists, both nod down once – the word CAN.

I rubbed my thighs. Again, no one took silver. Coast was still clear.

There were definite pauses in the next round of students, the memory banks were draining. Several corrections were made in the attempts after that, but with three students to go and only Jack ahead of me, still no one had taken my word, silver.

I focused on each classmate. Foot speed tapping, I performed a mental countdown as they signed:

One person to Jack: Two fists stacked perpendicularly and lifted – the word SUPPORT.

I straightened, preparing for my turn.

And then I swear...Jack paused, threw me a smile, pointed to his ear –

I couldn't believe it. He stole my word.

I don't remember what sign I gave in lieu of silver. Everyone got a big kick out of our "lover's spat," so I got away with a repeat word.

The moment was comical and I treated it lightheartedly, but deep inside I was unnerved. How did Jack know my word? Was it a lucky guess? Was it a crazy coincidence? I wasn't ABOUT to believe that my boyfriend could ACTUALLY read minds!

"Dunno," he said, taking my hand. He squeezed, and I felt tingles where our fingers interlocked. "I just knew."

He couldn't explain it. Neither could I.

So logically...it must have been a magic trick. 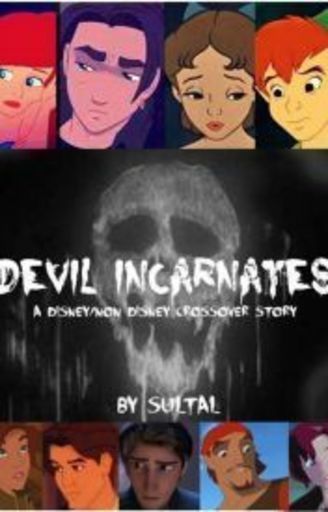 Disney and Nondisney characters separated into saints and sinners (via 7 Deadly Sins and & 7 Heavenly Virtues). Jim Hawkins (a child of Greed), kidnaps a girl (Wendy Darling) that was kidnapped by Captain Hook, in hopes of collecting her ransom. Little does he know, a Heavenly/Hellish adventure awaits. There's only one thing on the line: his soul. Return of Ariel/Jim/Peter/Wendy crossover. Including Sinbad, Dimitri, Flynn Rider, Balto, Odette, Derek, Cinderella, Hercules, Kayley, Garrett, Mulan, Rapunzel, Belle Gaston, Captain Hook, Beast and many, many more.