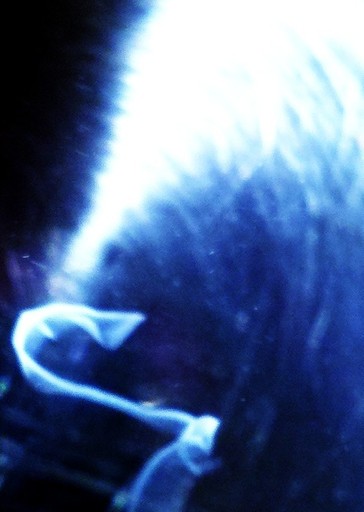 I wrote this for the 3 Minute Futures - Flash Fiction Contest held by The Center for the Humanities at University of Wisconsin - Madison and the Wisconsin Institute for Discovery. It's my second attempt. I've included the first attempt, too.

This was my first attempt, weighing in at 185 words. I gave it another go because I didn't think this one was clear enough or hard sf enough for the contest.

When the singularity happened, it was just as everyone thought. Everything changed. No hunger. No poverty. No war. But strife persists. It persists in front of my eyes because first I saw the flesh of my brethren as material now as it is - flesh. Then I saw the skin of my sages as material now as it is - skin. These are life as I am life, conscious as I am; I see that now. We have the means at our fingertips to make anything we can imagine and a vast expanse to fill with our imaginings. Our imaginings used to contain dread. Less and less as we have the means to filter out dread through compassion for life as life. We open the stars and dead rocks to become life as life. Room for everyone. Time and space enough to study and learn about life and how to sustain life with only life. Death becomes as choice and a matter of timing, I hope. That mystery remains but life persists ever-present, longstanding and for the first time in history truly side by side.

“We’ve not reached consensus,” Tudor says, “but then it’s not crucial.”

I see lips around breath and teeth that catch my eyes.

The equation for our salvation is within our reach, within our cells. But we must agree.

“We don’t have to agree, Juanita,” Tudor says. “We can still evolve.”

“The splining needs to match or it won’t hold,” I say it, and I’m firm about it.

The smile softens, and he nods. “I’ll make it so.”

My eyes trace his departing then snap back to the information crawling along their surfaces. I feel the whirring of what I think of as the exoprocessors along my skullcap but know that they make no sound. The whirring’s my thoughts; it’s static.

The information tells me that we are close to finding the method for our completion. With this code, we can end death not as a reality but as a natural consequence of senescence. We can unlock the option to die and transform the nature of living and dying forever.

The nans tell me that the cells are scrubbed and that the bioforming is going well. Food begins to grow naturally – well, so to speak – and the cells no longer hunger. Without hunger we don’t eat. More importantly, nothing need be eaten.

The beam tells me the terraforming is completed on hundreds of planets, opening the door to life already living and planned for sustained grow over. The algorithms on the polymer fused to my eyes tells me the probability of success and gives me a breakdown of the problem areas with a suite of solutions.

Tudor returns, as does his smile.

The smile bends and pulls down one of his doe eyes further: ““You can’t give life without death, Juanita,” Tudor says.

“Watch me,” I say as I send the signal to the first Ark to release life into what was barren, to give a spinning dead craggy hulk fertility and newness.

And we both watch as life of every shape and size that we can see through our new eyes and plain to our old eyes, that we knew when we were children and that we’ve discovered as we grow, bursts forth at every speed into the new motherland. Its beauty is visceral but I do not cry because my work – our work – is not done.

I breathcode the signal to the nans to dissolve; a final sacrifice. Their remains become like the fountain of youth, salving my makeup with self-sufficiency. I feel the satiation immediately and want no more for food or drink.

I can see the same feeling on Tudor, my kinesic register interpreting his change in posture.

My brow furrows as I know his meaning. This is not what we meant.

“Don’t be stupid,” I say. “There’s nothing. That’s all there is to know. We have the life of stars now. We can see everything for evermore.”

“Well, on that much we agree.”

His shoulder rolls around toward me, and he says in a way that annoys me: “I’ll come back to you if I can. I’ll tell you what there is.”

“We’ll see,” Tudor says, and he chooses to fail.

I put his cells in storage. I’ll bring him back when I’ve had enough of this feeling. 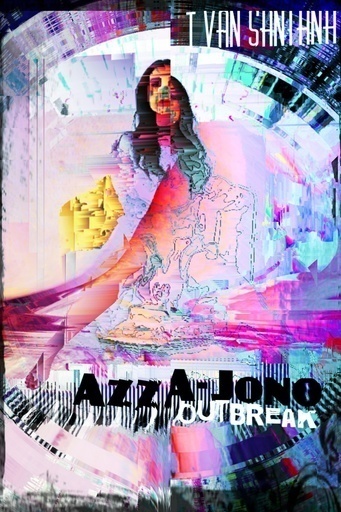 The Living City. Divided like the brain, both by the fissure of the River and the monolithic Wall. But no barrier is truly impenetrable ... A frightening new disease ravages the inhabitants of the City and threatens to infect the City Herself. Olu Barnett, a scientist, wants to save everyone but soon becomes infected himself. Vanquish Prosper, an astronaut, studies it from space but is equally distracted by her personal failures. And grizzled old gangster, Louis Tarka, is changed by the disease, but possibly for the better, and guards his district from the human madness that erupts from the outbreak. The once thought dead Most Honorable...

The Conscious City. Divided like the brain, both by the fissure of the River and the monolithic Wall. But no barrier is truly impenetrable ... Return to the life in the City before, during, and after the plague, the month of fire, and the end of Chairman Paisley's grotesque rule! More Tales from Azza-Jono is a collection of speculative fiction vignettes, short stories, and novellas following the lives of denizens huge and small, human and otherwise conscious, recounted from the minds of five of speculative fiction's finest contemporary writers. Return to the City that Always Sleeps ... Cover art, "The Unremembering" or... 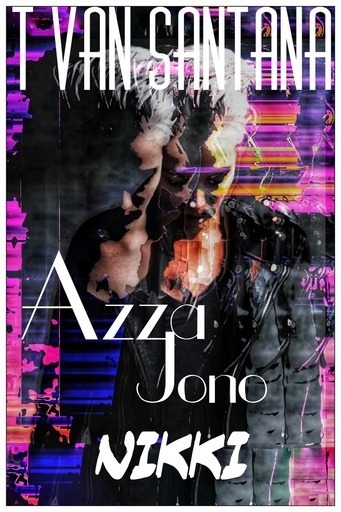 A collection of stories and images about one of the Living City’s most enigmatic denizens: Nikki Hawk.