So I’m not from anywhere. That’s a whole thing, but it’s about me and not my hometown. I bring it up because in picking my hometown, I had to go with the place my mind returns when I’m asked about my hometown. I don’t think anyone there would call it my hometown. I was an outsider and still am. But it’s where my thoughts go when asked.

So this is about Starkville, not Franklin. It’s about the town that didn’t claim me and that I don’t claim, but for a time we had each other, like it or not.

There’s nothing to do here. Never is. So I get up, and I throw on my robe and smoke a cigarette. Everyone I know smokes.

The air’s cool in the morning but will be so scalding by noon that I will want to fucking die. I smoke another cigarette while I think about that.

J’s always coming by these days. P and I aren’t talking much. I’m hoping that will blow over. I heard about how F got a settlement from her dad’s death and is thinking of taking that money to Florida to become a model. I heard she talked to an attorney and he told her she’s crazy. She fired him. I also heard he’s gotten cancer and has found religion. Teaching Bible study after years of teaching atheism at the college. Guess people get scared.

My mom’s always on me about something. Dad doesn’t understand why I don’t have a job. What job? There’s no work. And Mom, well … she’s Mom.

A has decided to leave and go to Atlanta. I hope that works out for her. I’ve turned her room into a writing room, so I have the whole top floor now. Maybe I can write enough to sell something.

Out there, in the wooded outdoors, I mean, there’s bugs making all those sounds, and the sky is huge. There are deer in the yard. Wild packs of family dogs running around.

I go back out there and smoke a cigarette.

J comes over, then K and B. Later, M. We all smoke—well, except for M who fucking hates it—and talk about sci-fi books and movies. And how we’ll all probably fucking die here without ever having done anything.

We get hungry and go to get food.

I see my history teacher from high school, Mrs. H. I remember how she’s the only one who ever reached out to my parents because she was worried about me. I smile and tell her how I’m doing. She doesn’t remember me. I can see it in her eyes.

We know the cashier. We flirt all the time. But nothing’s gonna happen.

We eat, talk about movies and books, then smoke cigarettes inside the restaurant.

We leave, then go to rent a movie. We spend hours bickering about what to watch, then finally get a movie that we’ve all seen a million fucking times. We take it back to K’s place and watch it. I order a pizza. All the drivers want my call ‘cause I fucking tip.

We drink. We smoke. We eat pizza. We smoke. We laugh and watch the movie. We smoke and drink. We talk about books, to J’s annoyance. He wants quiet through the movie, as though that’s ever gonna fucking happen. We drink. And smoke. I stare at M and think about how fucking pretty she is and how impossible it is for me to be sitting here and her there. And K’s there, too. And I love them both so that’s it.

We drink, we smoke, and then we pass out.

I go to this booth on campus where K’s working. M’s coming by later, and I’m hoping I’ll get to spend some time with them. It’s unlikely, though, because they’ve gotta go back home for the weekend. K tells me that L came by and was looking for me. My heart speeds up a bit. It’s new with L, but I’m optimistic.

I find her over by her dad’s booth, pushing newspaper subs. She smiles but she’s got such a sad and angry smile. I can’t help it, though. I’ve caught feelings. She touches me, but not as much as I’d like. I smile and flip my hair a little then go and smoke a cigarette. She hates it.

It really doesn’t work out between us that fall, in part because I can’t get over M. No one knows, or if they do, they don’t say. I can tell J feels it, though. Maybe he feels the same way?

I see K, working at a gas station. I smile because they’re managing the place and we used to steal gas from there when we were super fucking high and had no money. I say I’m doin’ fine, got a new car. We sit it in, then smoke some cigarettes in the gas station. See ya ‘round.

I have to drive a ways to see S. She’s great, though, and we’re really happy. There’s nothing between us and them, their town and ours, I mean. Catfish farms and trees. I get sleepy doing all the driving. Trying to quit smoking.

K and M graduate then start teaching. But I know they won’t be here much longer. J’s lost his mind and is trying to find it through adventures and work outs. P and I still aren’t talking.

A moves back from Atlanta. There’s not much goin’ on with my writing. Guess that’s done. Still no job.

I keep seeing people from the past—exs mostly—who come to my house. We sit on the back porch and smoke cigarettes. Sometimes on the roof. I want to kiss them all. But I don’t. I want to sleep with them, too. But we don’t. We just smoke and talk.

I lose my mind a little and regress back to playing with toys and reading comic books. S can take it, but she’s confused by it. Still, she sleeps with me while we’re surrounded by the shit.

My dad’s made to interview for his own job. My mom decides to go to seminary. We look at going back to where we’re from. But I’m from here now. They tell me I can stay.

J gets a party pad. We both hook up with X. He says we should all hook up together. I like the idea, but I don’t do it.

P gets word I'm moving and comes around again. We open up his dad’s Z3 on the highway. Then we party with K and M and J and B. I get Cristal and everything. P and I make up, and he’s my brother again. Not that he ever wasn’t. He and X hook up while X’s neighbors watch and then applaud after. P’s pretty happy about that. X is mortified.

And then I leave it all behind. 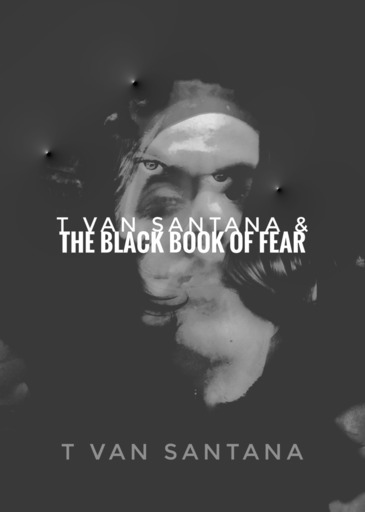 There are pages that contain the essence of all that you fear. The characters inscribed there are sigils to your soul’s decline, to the backward momentum of your development. Reading it is doom. So of course, that’s exactly what I did. Follow me on what may be my last adventure in the 32nd Century as I try to guide my apprentice Riley toward a better future and stop Knot from bringing about the end of the world as we know it. 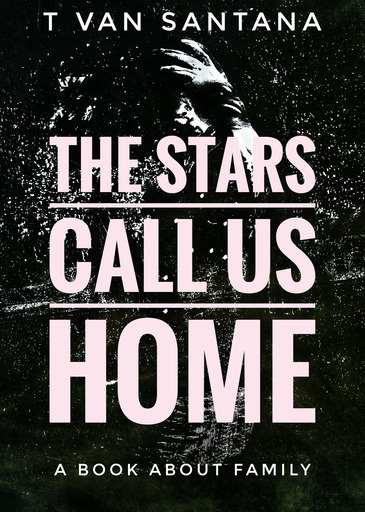 The Stars Call Us Home

Even in the 21st Century they're saying we're all made of stars. But what happens when the stars call us home? It's the story of my family in the 32nd Century, a winding tale of six people (and eight cats) across ten worlds. Let the stars in your cells be your guide. 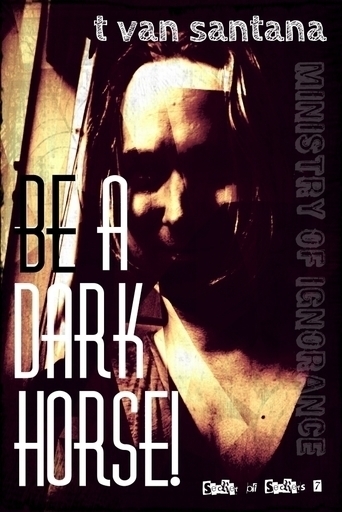 Be A Dark Horse! or A Ministry of Ignorance

Journey to the gonzo Jungle Planet, Meezed-Zedbee II, and delve deeper into the darkness that raised me. Learn about the Dwizaal Experience—a biochemical possession that may be sourced from demonic influence or merely a series of shared psychotic episodes. Come and see what really happened to me on the night of the Blast and how it’s shaped my life ever since. Discover the cult that’s transforming the Jungle Planet itself and the threat it poses to everyone everywhere. And, as always, there’re some steamy parts and knife fights. Come and see!