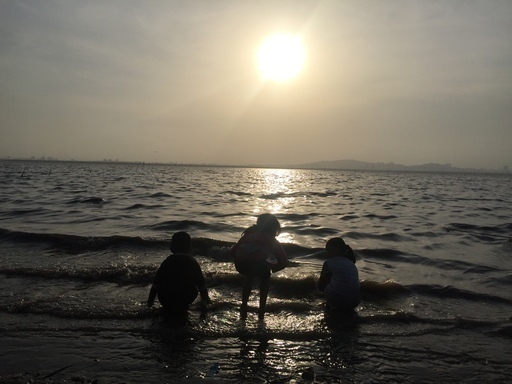 In this is a girl sobbing for some fight with her best friend when a grandmother shares a true experience of her life with her about friendship. Read this to know the experience. Note, read it with emotions other wise this will be equivalent to waste.

49 Reads
3 Favorites
Get the App

In the cold windy streets of London on a bench beside a frozen lake laid a teenage girl frozen water coming from her eyes and head dug into shivering hands. She had wore a thick leather jacket with stylish scarf, pants like the colour of her snow covered boots and a diamond watch.

The girl as if coming back to her senses looked at her watch and then at the grandmothers face. She felt comfortable in sharing her story to the old grandmother. It was about some misunderstanding created between her and her best friend, Neviousa. Grandmother after hearing her story smiled in her cheeks and then suddenly tears rolled down her cheeks.

She thought of a never forgetting experience of her life and the biggest mistake ever done by her.

I was in seventh standard when I first met her. At that point of time neither did I realise nor did she that one day we will become the greatest friends. It was music period and the sir was absent. That is the time when we first met. We talked normally. That was the day when I got to know her name - Levina.

Levina knew a bit about me. She knew that I was in VII A and I was among the toppers of the class.

Her goal was to come first in school and maybe she recognised me as a rival that day but the faith wanted her to think something else for me. And so I and Levina came together in VIII A. That year was the best year of my life. Our friendship was not made in one day only, it took time. Our class teacher played a major role in building our friendship.

In the beginning both of us were fighting for the 1 st rank in our class but there was something in Levina that attracted me. Levina was a very sweet , tolerant, disciplined and jovial girl who always looked over the positive side of situations. I realised I could learn a lot from her and then I began to stretch forward a hand of friendship in front of her. But it was not easy for me to win her heart. She used to take so many hidden tests on the bases of which she used to decide whether to keep friendship with that person or not. This she used to do it unknowingly. She came to know about this when I told her on the last day of VIII std. But taking such tests had come into her blood as she had trusted a number of people and many of them had broken it. Therefore she was very selective and had some trust issues.

Anyway, I had finally succeeded in winning her trust at the end of the year. We began to spent a lot of time together and a group was made. I, Levina, Auster and Brooke. Auster was not so involved in our group but he was a member. We had planned a lot of things that we will do when we will pass our X grade exams with good scores. For example I and Levina were going to hangout throughout the city and make strangers our friends after the X grade exams.

Everyone had done a lot of hard work and as a result I stood first in the class, next was Levina followed by Auster and then Brooke. We all had become the toppers.

We got separated when all the batches shuffled for IX. And unfortunately all four of us were put into different sections. I and Levina used to meet everyday in the breaks. Auster and Brooke never used to come out of their classes, they said they were too lazy to do so. So our group did not last long but I was a very social person and Levina also a bit . So we never used to get some time to spend alone. Some or the other always used to accompany us like unwanted guests.

Levina did not like all this and she began to feel insecure. She was afraid that our friendship would also not last long like Auster's and Brooke's. Maybe she required my attention which I failed to understand.

Then once came the time to form the student council of our school. That is head girl, head boy, house captains, discipline and sport captains as well as vice captains. I became the head girl and Levina the discipline captain. I could see how happy she was for me but I couldn't see the insecurity behind her happiness.

After becoming head girl, I got too busy with my own work and seldomly we used to meet now. Levina's insecurities raised and she couldn't control them. She wanted her friends attention.

I was very busy with my work and then we began to have fights on very small and stupid reasons such as why didn't you sit beside me, why did you complain ma'am and many other. I was tired of clearing Levina's misunderstandings but I did not understand under which conditions she became so insecure.

Levina began to act like a sad soul to get my attention. I used to give her some and then leave. She began to do it frequently for gaining my attention and then I began to feel negative vibes from her. I thought she was pessimistic and forgot all her optimistic ideas of VIII std. I never did realise or in better words never asked why was she acting like this. I just wanted to avoid her.

Maybe she understood what I was doing and wanted an explanation for my act. I did not want to hurt her but I couldn't control it. I told my classmate that I feel negative vibes when Levina is around me and she went and told it to Levina. Levina tried a lot to know the truth but I did not answer her. She understood why I wasn't answering her. And since then we never talked to each other. In fact Levina hated me so much that she did not want to look at my face or take my name.

Even I felt relaxed and was happy that she was not there. But all this was wrong cause one day she changed everything.

It was the most important day of our lives. We were going to get our X boards results. My hands shivering while tightening the tie and my heart pounding as if a lion waiting to come out of the stage. We all went to the school for the results.

And to my surprise the school topper was Levina and I was the next. When Levina was called on the stage to say some few words she said

" Dear friends, thank you for all your kindness and teachers for supporting me when nobody was there around me. Actually I would have failed to come first if one experience in my life would never have happened. I worked hard for the following reasons:

For getting admission in a good college

For coming closer to my dream

And to punish someone for breaking my heart and underestimating me."

She continued her speech but I could not hear anything more she said because the last reason brought me into a scene of all my mistakes. She had actually picked up the point. After becoming the head girl I had began to underestimate Levina and therefore did not give her attention. I was realising my mistakes when I heard a bullet being fired. I came back to the actual world and saw Levina running towards me and everyone else staring at Levina. Levina came at halt before me when a red liquid came out of her head. Somebody had fired a bullet on me but Levina saved me.

I was speechless as Levina took her last breath and told me " You were are and always will be my best friend even though I am not yours".

A small letter or message for my dearest friend.

Here I share a small experience of my life which taught me a very important factor of life. If you too wish to learn it or know about it....... what you waiting for....... click on the story.......