Castle in the SkyTeagen May

Castle in the Sky

A short, personal commentary on my love of music in my teen years.

32 Reads
1 Favorite
Get the App

When you and I were younger, our hairbrush and television remote were personal microphones, amplifying the vocal talent that was so blatantly obvious to us. The two small, vulnerable reflections that seemed lost in the vast expanse of the mirror on mum's dresser transformed and multiplied into thousands of awestruck fans, screaming ravenously for an encore. The simple set of steps 'forward back forward back left right spin pose' was perhaps the most intricate and graceful form of choreography ever witnessed and we executed it flawlessly, without the need for thinking.

Our parents just smiled and shook their heads at us when they caught us in the act of discussing what our lives would be like when we were the star attractions; the icing on the cake; the proverbial juice for the ever-thirsty media. For who can tell a child that what they imagine will never happen? Only one who wishes to spoil the ending of the playwright's well-written script, or ruin a wondrous refrain by poisoning the water in which a songbird bathes. “It can be your castle in the sky,” they said. At the time I believed that they were just as excited for me as I was for myself, though I know now that they meant that the dream we made could never be reached; not without wings.

But no, our parents never impaired our vision of the future, and though your singing rarely graces the halls of the house, or my memory, these days, the muted melody of your new saxophone's song floats down and lingers at my bedroom door, standing ajar as I prepare to leave for the day. You don't have a care about who hears your music; you would eagerly awaken the neighbours if it meant you could let your melody out of its cage.

Now ten years on from our amateur days and I still follow our childhood dream of fame and fortune, follow it straight out the front door and into the arms of the world.

The elderly lady from next door with the quiet blue eyes is moving about her garden in a rhythmic, elegant manner, tending to her flowers – now in full bloom and looking radiant – and listening to the sweet tunes emitting from her front window. She was a ballroom dancer in her younger days, she told me one day as we perched on her floral armchairs and leafed through fragile photo albums. A ballroom dancer with the grace of a swan and the heart of a lion. Even now, as old and frail as she is believed to be, the sound of the samba or similar rhythm sets her heart racing and she remembers the days when everything was whirling and twirling and beautiful.

Down into the subway and the barrage of everyday music ceases for a moment, muted by the pressure of earth and the lack of flexible air. Few people are around. As my hand brushes the cool concrete wall I find some form of comfort in the ceaseless, overwhelming vibration of the underground. The way silence could be music always amazed me, and it was the topic of philosophical conversation many a time between you and I, usually after a long day of learning musical theory at school. We would kick our shoes off and lie on our backs in your bedroom, singing songs and discussing the many facets of the love for our music. It was something we took pride in, knowing that our talk of harmonies and discord went unnoticed and unacknowledged by those who saw music as merely a pastime, or just another indication of the changing times and the widening generation gap.

My reverie crescendos in time with the growing groaning and rasping of the coming train. The footsteps of people in boots, heels, thongs and bare feet provide an erratic beat to which I walk, and the train slows in its rhythmic, insect-like droning.

The boy – or girl – who takes the seat opposite me in the claustrophobic carriage, with hood concealing the upper part of his – or her – face, is tapping and drumming long fingers on any available flat surface. He – or she – is armed with the characteristic pout of the lips generally favoured by heavy metal-lovers who can't help but make 'vooshing' noises in time with the grungy beat that pounds through oversized headphones.

There is a girl further down the rattling, rumbling, mumbling carriage who is singing softly from the corner of her mouth. Her voice is a honeyed soprano, higher in its pitch than my own on a good day. Is this girl for real, this dark-haired angel with a light more radiant than the flickering neons above us? Surely a girl like that is prized, her music coveted by all those who are graced by the sound of it. She must be sister to Snow White, whispering lyrics to the earth, the trees, the sky; the birds are chirruping, the clouds are unravelling, the day is growing as her voice catches like a diamond in the light.

Before I am ready for the lack of warmth, her angel's song comes to an end and she turns away to face the colourful graffiti of the tunnel walls, blurred into neon lines outside the window. I feel as though a part of me has been stolen by her magical melody, like the soul of a sailor lost to the requiem of the wind and the waves.

When a tune such as hers surfaces from the everyday music of the world and seems to resonate in your soul, it is almost as though it belongs to you and you alone. Certain chords and notes seem familiar and strong and so true that it's almost supernatural.

When I return to the sunlight of the world above I am immediately immersed in the cacophonous whirr of the city. Directly beside the stairs to the subway is a tall, willowy woman playing an ancient-looking recorder and twisting about like a charmed snake. As I come to a stop in front of her, unspoken encouragement blooming in my eyes, her own deep brown eyes look up at me from behind a sheet of deadly straight hair. Her music is endless and haunting, and a thousand questions rise up that I wish to ask her outright, though I know I never will. Is she a schoolgirl? Had she forgotten what dancing might be and was trying to make her body comply with the ideal of it? Or was she just jobless and looking for meaning in her inconsistent but ostensibly sacred movements?

And yet, there is something else that tickles the very edge of my awareness, with naught to do with the endearing woman twirling and swirling in front of me. It is a song, so intimate and intricate, leading me, calling to me, from further down the way, acting as a beacon or way-marker to me, a hapless traveller. And so I part with all the change I keep in my purse, pouring it onto the plaid blanket on which her recorder case lies, and I follow the trail that is being blazed for me by the music of my soul. I know where it will lead me.

At last I find myself at the end of my morning's journey. The composition is at its loudest and I sing along, knowing every word to every refrain. It seems that the band has begun without me. Perhaps I spent a greater length of my time studying the music around me than I had initially thought.

The cracked outer walls of the small, aged and untidy white house – which serves as the band's regular rehearsal space – are humming and pulsating as though alive with the power of the guitars, the deep growling of the bass, and the vigorous rhythm of the drums. I listen more carefully, my cheek pressed against the door and my eyes closed, to hear the faint but spirited melody of the flute, its woody timbre cutting through the forceful music of the louder instruments. My soft, calm voice reverberates across the door and adds the final touch to our communal song.

This is the dream that I have been chasing since adolescence. This simple gift of music and a chance to express my inner thoughts through song. What started as a childhood game between siblings has become a reality for me and the group with which I identify myself, just beyond the door. While you, who know me so well, would one day stray from the path we blazed as children, you knew that I would continue on because it was my dream. My castle in the sky.

And sister, I think I have reached my castle.

I open the door, its dry squeaking music to my ears. 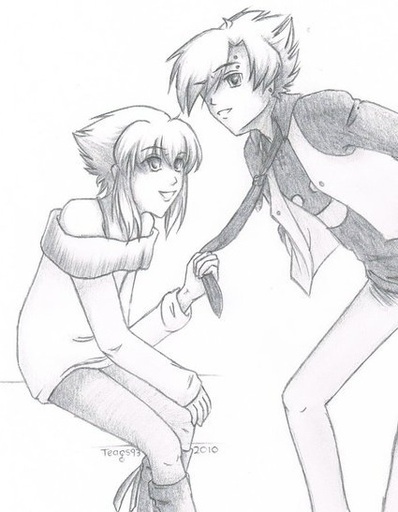 Arriene is a nineteen-year-old who doesn't quite understand how feelings work. This first-person narrative explores one year of her life, in which she struggles to fit in with a crowd of emotional and dramatic young adults. 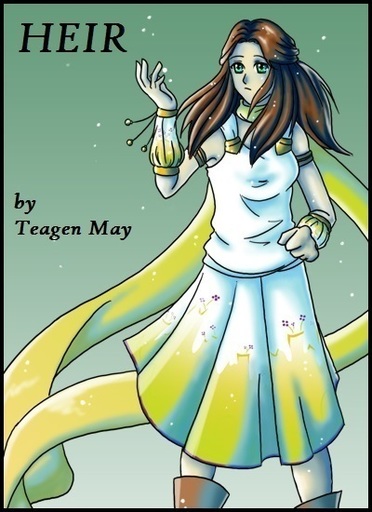 An arrogant prince stands to take the Hendell throne just as darkness begins to creep into his lands. A mysterious woman named Anni Fisher joins his staff with an agenda of her own, but is she a friend or a foe? Powerful allies appear in the shape of Wizards, long-lived humans with a range of abilities thought to have been extinct for centuries. Emotions run high as Prince Reid's enemies close-in, led by the Shade Wizard, master of the Magic of Death. Who will seize the throne?