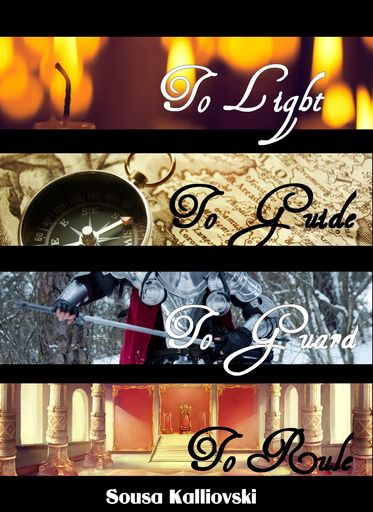 To Light, To Guide, To Guard, To Rule

Four unlikely companions are brought together by a prophecy that has foretold the true heir to the Kingdom of Druilyn has come of age.

"The King is dead; long live the King!"

The cries rang out across the hall as the many loyal subjects kneeled before the throne.  His head bowed to them, the King himself attempted to regulate his breathing as the sudden weight of the Kingdom of Druilyn fell onto his shoulders.

A soft shuffling could be heard on the other side of the small wooden door that stood the entrance to the small shack home of Thornton.  A knock came strongly from the outside and the grumbling grew louder as the resident moved to his feet and to the door.  The knock came again and his hoarse voice barked back "I am coming you useless sack of meat, gimme a chance to get meself together!"  He made his way to the door and ripped it open, a solid and terrifying glare plastered on his face.

"And who, I ask, are you calling a sack of meat?"  The intruder blinked slowly, his head cocked to one side as he inquired about the homeowner's insult.

"Oh, oh, Ydion, my friend, I did not realise it would be you, of course, of course, come in!"  His demeanour changed in an instant when he recognized the face and voice of his house guest.  Ydion gave a bemused smile in response to his sudden personality shift and squeezed through the door frame of the humble hut.  "Tea, ale, food?  Can I get anything for you, anything at all?"

"No, no, Thornton.  I am not here for pleasure.  This is a business call, and only that."  Thornton continued to scuttle around the living room, clearing away things that didn't belong underfoot of a guest.  "Thornton, please.  I need you to sit and listen to me.  This is important and I need your full attention."  He stopped and sat on the couch, now a tad worried that he would not hear news he would enjoy.  His worried face searched that of his companion for any indicators of what was to come.

"I am listening."  Thornton returned to his previous state, no longer worried about impressing the other.  "What is your news?"

"He is to return.  The time has come for the Ruler to come back to our Kingdom."  He was not one for small talk, that much had always been known about the older occupant.  He'd came here for a single task and would not stray from that path until his task was complete.

"What has this to do with me?"  It was obvious from both his tone and his expression that he already knew the answer to his own question.  But he'd asked it anyway and he waited nervously to hear what the other man had to say in response.

The other was silent for a moment, waiting to see if the question would demand an answer.  It did.  "You made me a promise years ago.  You made a promise to help me when I called on you for this task.  You aren't going to go back on a promise you made to me, are you"  He leaned forward to punctuate his sentence and quirked a brow, as if daring Thornton to back out now.

His eyes found a conveniently interesting spot on the floor.  "No...no, I wouldn't back out of it, of course not..."

"She wouldn't want to see you sulking around in this hell of a home.  What would she say if she could see you know?"  The question stung to the core.  He was well aware that Emily would not be pleased with his most recient

Besides, you are far more likely to find a way to save her if you travel with others.  You haven't made any progress here, have you?"

He shuffled his feet and refused to look up.  "She wouldn't and I haven't..."

"Then it is settled!  You will help him in his journey home to our Kingdom.  Now, about that drink from earlier."  He winked at the obviously distraught housekeeper and kicked back in the armchair.  His feet came to rest on the coffee table as he folded his claws across his stomach.

"If I feed you, will you stop Badgering me?"  He glanced up, a soft smile returning to his eyes as his voice hardened into a false annoyance.  That one usually got a good reaction.

"I'm not the one Dragon it out..."  Ydion winked in response and flicked the tip of his tail in the direction of the kitchen.

Thornton refused to let his smile break through his gruff exterior until he had disappeared into the mall kitchen.  But as soon as he was out of sight, he chuckled softly and shook his head, suddenly remembering back to when they'd first come up with that banter.

In a future world where society has fallen into chaos and a new government reigns supreme, a small band of students step up and explore the world for what it really is. 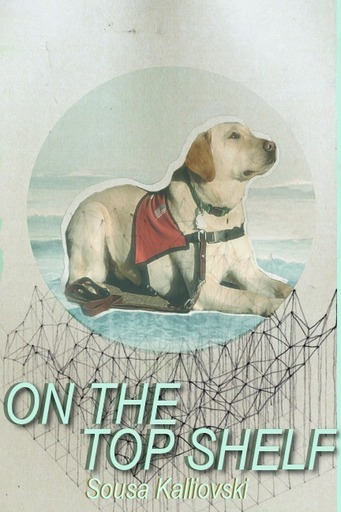 On the Top Shelf

A young service dog details his life, from his birth, to his journey with a puppy raiser, to his time spent in school and then on to being paired up and thrown into the working world!