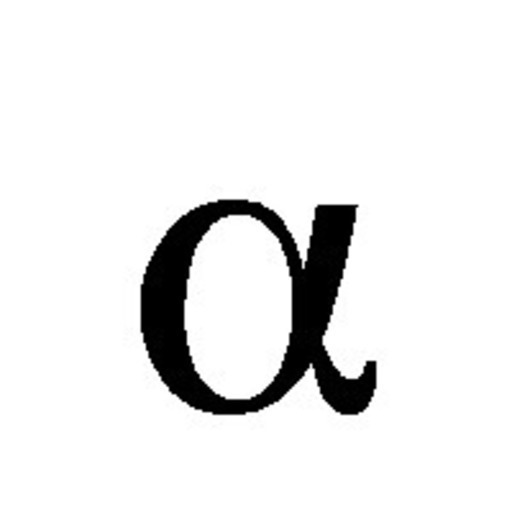 A woman who doesn't know she is an Alpha. The most powerful being that was ever created and due to this fact, magical beings want her dead so as to absorb her powers as their own. Join V as she ascends to her rightful place and destroy those who want her dead.

21 Reads
2 Favorites
Get the App

Variana Moon descendant from the most powerful line of Alphas. Alphas have powers beyond anyone can comprehend which makes them such a big target. Demons, Witches, Elves want to possess their power and in order to that, The Alpha has to die. Unfortunately for V, she doesn't know that she is the most powerful being and that there are things that are after. Read on as we go on a quest with V to discover who she really is and where she came from and how she came to be the most feared and most destructive being in the universe.

Sweating profusely through her thin blanket, she woke up gasping for breath. There was something wrong. Panic was setting in and she wasn't recognizing where she was. She could feel her pulse beating so fast while everything inside her was screaming to run. She felt it calling for her again. She didn't know what it was but it was getting more and more intense and much more real, as the nights go by. It was the same thing every night, a voice was calling for her, summoning her. Why? What did it want with her? As she started to recognize her old apple desktop and her worn down Bob Marley poster, her heartbeat from her ears started to dissipate. She was in her childhood bedroom and remembered that she was visiting her parents for the weekend due to a get together that her sister Demora had planned, a gender reveal party. A soft knock announced itself on the door and she already knew who it could be.

"Come in." Demmys thirty-eight week belly poked through before her worried face came into view.

"I heard you. Are you okay?" Demoras voice was always so soft and soothing and the minute she heard it, everything inside her quieted in peace.

"Yes Demmy." She answered with a sleepy smile. "Just a dream, that's all." She cocked her head to the side and assessed her sister from head to toe. "Are you okay? It's passed midnight. You should be dead asleep right now." Demmy let out a chuckle and shrugged her shoulders as she waddled her way to the food of her sisters bed.

"I am nine months preggers. I'm uncomfortable. Fat. Bloated. Hungry. Thirsty." Demmy laughed as she threw her hands up in the air, as if she is surrendering to someone. "I have a list of complaints. Take your pick." Demmy leaned back on one arm as if to relieve some pressure from below her stomach and raised her eyebrow towards her sister.

"Well, V what?" Demmy smacked her sisters foot and squeezed.

"Are you going to tell me about your dream?" Rolling her eyes, Variana tugged at her foot until it was back under her control.

"Yes." Demmy nodded. "A dream that's been repeating every night since we got here. I would like you to talk about it." Variana knew that if she doesn't say anything her sister would just kept hounding her about it over and over again. In truth there is really not much that she could keep from Demmy, as far back as she can remember her sister was the only person in the world that she can really be honest without the fear of being judged. Demmy always calculates the information she has been given and then make her opinion and that's what was best about her, she always listened even when others don't.

"Someone is calling me. Haunting and frightening. I cant make out anything. Just a lot of fog and darkness and someones finger motioning for me to come to them. None of it makes any sense." V looked at her sister while holding her breath, waiting for a response. Demmys forehead wrinkled in thought.

"Hmm." Demmy reached out and caressed her sisters face. "Babe. Why do you dream of such things? you understand that dreams are just your conscious trying to tell you something, right? Like that thing we talked about before?"

"Demmy, no." V knew where her sister was heading and she didn't like it.

"Variana. Our parents have the right know." Demmy said softly. "I know it is easier said than done, but you and I both know that we owe them that much, maybe even more." V layed down and hid under the covers.

"I hate it when you're right." V mumbled. Sighing, Demmy got up off the bed slowly and uncovered the blanket from her sisters face.

"Variana. I love you. Get some sleep because you will need it tomorrow, when you tell mother and father about your you-know-what." Demmy cocked a smile as she kissed her sister on the forehead and waddled out of the room. The room was quiet again, nothing to hear except her hearbeat and with the light of the moon shining through the window, V decided that tomorrow she was going to tell her parents about her secret. Finally closing her eyes, V maneuvered her dream to a place of ice creams and unicorns and hopefully the voice, even just for the remaining of the night, wont come back.

"So close, yet so far." Elias Zeigler, a towering man of six-eight, knew that if he could only reach her, persuade her to come closer, she would be his. However, another attempt of getting close to her was a failure. She was never going to give her trust and that made him even angrier. Smashing his big round fist on the table, he made a crack on the glass, as well as broken two of its legs and as the result, the table lies dead on the floor.

"What is it going to take?!" he screamed out loud, his deep and guttural voice echoed in the spacious chamber. He turned and walked over to the fireplace and was lost in thought before a knock on the door came and made him look up. A petite, bob-blonde haired beauty came in, her heels clicking on the marble tile floor in a rhythmic pattern. Her piercing blue eyes scanned the massive office; dark and considering there was an enormous yet archaic fire place in the room, the place is still somehow chilly and with the room being so large the acoustic is horrible, one would hear an echo over an echo over an echo. Her eyes rested on her boss, a large man with nothing but darkness around him, no amount of light could break through that barrier.

"Sir. The results of the rest of the test subject just came back." She said as she followed him to his desk. He motioned for her to sit on one of the chairs in front of his desk. She handed him four folder with large numbers written on the front.

"Mark. Jan. Raul and Emma. All four subjects were not able to handle the serum, even with minimal dosage. Definitive, none of them has it in their genes, Mr. Zeigler." she said.

"How many are left?" he asked as he scanned through the folder and as he progressed from each one, his anger was beginning to show.

"None, sir. All have died. The serum has proven to be a lethal enemy and without the protective gene pool in their system, the subject suffered for hours before they all eventually died." she cleared her throat and proceeded to continue on in voicing her opinion. "Mr. Zeigler, maybe the time has come for this project to end. You are not getting anywhere near your lead and you have been at this lead for more than two years. I do not mean any disrespect, I am only stating what I have observed in the past."

Elias looked up from the folders and stared at the woman. Small, such a small woman with such a big mouth. Elias took the folders and incinerated it with a flick of his right hand. The show of his ability definitely frightened her, causing her to squeal like a little pig.

"Gather more volunteers and maximize the dosage. If possibly more of the serum is injected in the body, maybe it'll activate the gene." he dismissed her with wave of his hand and watched her as she walked away. ...and Maura." he called.

"Yes, Mr. Zeigler." she said as she turned around and caught her breath immediately as an invisible force wrapped it self around her throat and squeezed.

"If you ever decide to "state" your opinion to me again..." he said and stopped as he looked her up and down, "Just remember, you are not my first doctor and you will not be my last. You are replaceable." as he saw her nod, he let her go and laughed as she fell on the floor. "Do what you have been hired to do and do it well. Now leave me." With a flick of his hand, he opened the door and with force, pushed her out and slammed the door shut.

"I have unfinished business with an Alpha." he mumbled as he straightened his back and closed his eyes in concentration and whisper. "Variana."

A small and quiet town that got shaken to the core by bloody crimes committed by a sick psycho.