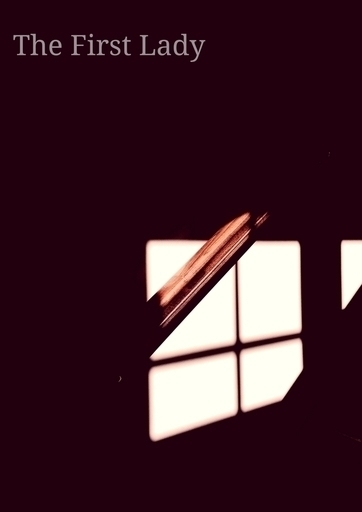 Eugene Harrow's finally got his own Private Detective firm. The first person to come to him, one Ms. Wonder, has a flimsy story about an adulterous husband that turns out to be more trouble than it's worth.

48 Reads
0 Favorites
Get the App

Eugene Harrow's finally got his own Private Detective firm. The first person to come to him, one Ms. Wonder, has a flimsy story about an adulterous husband that turns out to be more trouble than it's worth.

Even through the cigarette smoke- illuminated by the morning sun- I could make out the letters of my name, reversed on the frosted glass of the office door. ENEGUE WORRAH they read from my side of the glass. For too many years I’d worked from behind a door with someone else’s name, now it was mine. There was a lot going on in my small patch of dirt, and having my own firm was a means to get a grip on things. Instead of working for a living, now I was the one paying wages. And salary didn’t matter as long as I was closing cases- which I did.
My scarcely furnished office was a hodge-podge of decor collected around the traps; estate sales, classifieds, and hard rubbish on the roadside. I tried opening the rum draw at the bottom of my desk. The draw shifted to the left and caught on its own enclosure. The whole desk rocked, and I had to pitch the draw left and right to shimmy the it from its confines. The fire in that bottle warmed my chest the way cigarettes cooled my lungs.
The draw snapped open, I felt the bottle hit the front facing panel, then retreat to the back of the draw with a lop-sided roll, the fiery contents sloshing within. As I poured my slug a figure materialised from behind that frosted glass. The head of a fair dame popped out from behind the door- my receptionist, Liz. A fine girl, with enough of a repressed mean streak to get by in this sort of business. Her dear mother would have a heart attack if she knew who she was working reception for. She had fair hair, a freckled face that could get you locked up for a long time, and a body that made it worth it. She had aspirations beyond a drunk for a husband and 3 kids, the sort of gumption that can make a silent partner in those certain… hairy cases.
‘Got a woman here to see you, you’ll like this one.’ She said. Liz had the start of husky, wolfish nature in her voice. The sort that could be trained with a couple of years worth of spirits and cigarettes. Not that I’d expect her to go near the stuff.
‘You checking out the customers now? I didn’t think you swung that way.’ I took conversation as a chaser for my rum, I had little choice.
‘Baby, I’m a Merry-go-round. Her name’s Wonder.’
‘Wonder? Is that her first name, or her last?’
‘It’s not her first name, and I doubt it will be her last either.’
‘You keep talking in riddles like that and I’ll knock your lights out.’
‘I’d rather you show me the light.’ She slipped that dainty dome of hers back behind the door. I heard the latch catch before she sent Ms. Wonder in.

As smooth as clockwork, I was right. 3AM to be exact, going off the clock at my bedside. I was rattled awake by my phone. I shuffled out of bed and managed to catch the clanging receiver before it hung up. ‘Hello?’ I said with a clogged throat and bloated tongue.
‘Mr. Harrow, I need you right now.’ It was Ms. Wonder- but I doubted it was one of those 3Am calls. ‘I have evidence- you can see for yourself. Come and meet me right now and you can catch them in the act. I hope I’m not disturbing you.’
‘You could have lead with that.’ I leaned on my phone. My knees felt more like hinges than stilts as I let the wall take my weight.
‘I know we didn’t get around to discussing rates, but I’m willing to pay whatever you charge right now. I’d never forgive myself if you missed this.’
‘Where are you?’ It was an exhale, a grunt, and a cough all at the same time.
‘I’m at our apartment, 506/113 South Of Main Street. Please Mr. Harrow, I need you here now.’
‘Give me 15 minutes. I can usually get across town in half an hour with without traffic, legally.’
‘Please Mr. Harrow, you need to be here now.’ And the line went dead. I reached for my clothes. A slug and a smoke were a quicker pick-me-up to conjure than a cup of coffee, so I took one of each to go instead.
I made my way, huffing and puffing up the stairs two at a time. There’s no attendant at this time of night, which made getting a lift to the fifth floor out of the question.
I skidded to Ms. Wonder’s door and followed through with a couple of sharp knocks. The cuff of my suit rattled against my thin wrist as I rapped against the door. ‘Ms. Wonder!’ I called as loud as the hour would allow- no response. I knocked again to much the same effect.
I nearly did my wrist opening the door- not because it was hard to open- but because there was no resistance at all. I cranked the handle to try force the lock and my hand flung off the door as my mis-directed effort blew it open with the gust of a light breeze.
The door wafted away from the jamb and I was met with the expanse of an uninhabited flat. Even in the dark I could tell it was lightly furnished, and had been that way for some time. The only light source came from an apartment in the adjacent building. It threw a yellow trapezoid of light across the loungeroom wall. I made another quiet call to Ms. Wonder and started to case the joint.
I didn’t expect to find her, but I felt some degree of a duty of care. She had come to my office earlier that day after all. I walked into the loungeroom proper and the only thing of interest was in the apartment next door.
The light came from the bedroom of the apartment one building over. In said bedroom was a woman, wearing intimates she would only show her most intimate of friends, who pushed a man, wearing the minimum required not to get arrested in public, onto a bed. The walls in the bedroom were a mustard colour that matched the light being thrown into the flat. Or maybe the walls were white and the light bulb was excessively yellow. The woman started to straddle the man and pour over him like hot wax, when I decided they should invest in some curtains.
I turned on my heel and did my best to remind myself I had a job to do. I went towards the bedroom to see if Ms. Wonder was in this voyeur’s paradise at all, and if so- she was in the wrong room. I seemed to have a lot of thoughts in the short walk to the bedroom. Devious thoughts entered my mind, like “why am I doing this?”, “I’m not even getting paid,” and “why did she tell me to go to an empty flat?”
The bedroom was the definition of austerity. A plain double bed flanked by two bedside tables, centred on the opposite wall to the door. I didn’t check any of the wardrobes, Ms. Wonder could have said if she wanted to play hide and seek.
I swear I was going to turn out of that room on my own accord. I was about to leave before those three muffled bangs echoed down the hall. In a hurried scuffle back to the loungeroom, I saw the scene in the neighbouring apartment had taken on a different tone. A small, narrow man wearing all black, including beret and sunglasses, was now in the room, but not to join in. The woman was standing, screaming, wearing even less than she had before. The first man lay on the bed, three extra holes in him than when I last saw. The man in black held a smoking .38 in his hand, the kind you could get from anywhere.
I decided to leave the room- the flat- the building. I decided my being there had nothing to do with the apartment one over. I decided Ms. Wonder must have made a mistake, called me to the wrong address. I decided no one in the neighbouring apartment knew I was there either, nor did they see me in that window. I had decided.
I went home to go back to bed, and to wait for this to have never happened. 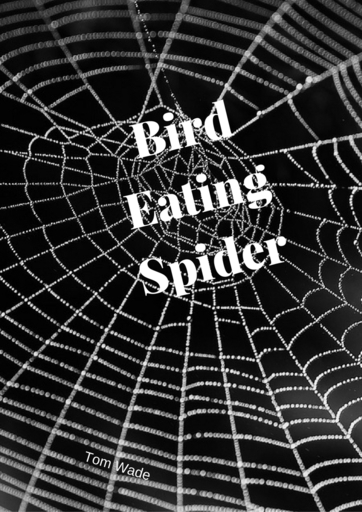 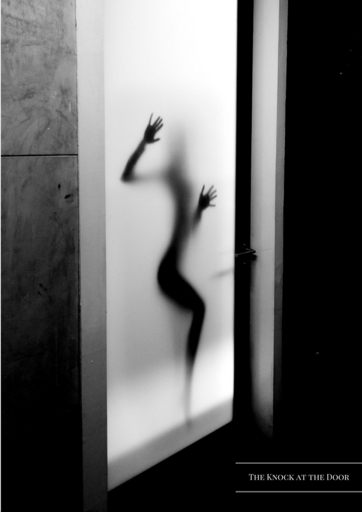 The Knock at the Door

A simple knock on the door leads to a tense standoff. Two men, both at a stalemate to take action. One wishes to flee the scene, the other to hold him until police arrive. Time is both their biggest enemy and greatest ally.

Some guy climbs into a deer to prove he's a man, gets angry when people call it method acting.