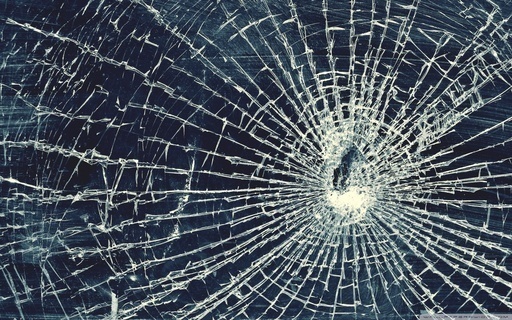 89 Reads
2 Favorites
Get the App

There isn’t much to him. He is not thebrightest in his class. Words and numbers do not come easily to him. In fact school is at most a distraction and at the least, the worst part of his day. It is a place saver in between practice. He belongs in the water.His father was a runner. He still smoked him in the one hundred meter dash but he couldn’t come close to him when they were in the lanes, no one could. At school he had earned the moniker of Fish due to the way he moved more naturally in the water than on land.Friday was the State Championship and he still couldn’t believe he was going to miss it.

It was a mistake, a stupid mistake but it was just one. His dad told him not to beat himself up about it. He said that that was what your youth was for, to screw up when you had little to lose. But now it seemed his life was in jeopardy and he had no idea how to process it. His lawyer began to stand and he followed suit, following him into the courtroom. He walked past his swim buddies and other classmates that knew him and still stood by him. They knew he was a good guy, that what had happened on the night of January seventeenth had been a lapse in judgement, he was still the same guy that brought their school titles and trophies. He was still the class clown. He was the type of guy that held the door open and was always willing to put in a good word for you to land you a job at his dad’s restaurant. The other side of the courtroom belonged to her, the victim.

Once he had stolen a look at them, trying to see if they had been moved by his father’s testimony. They scowled at him if they returned his gaze, the majority of them didn’t look at him, they looked past him, as if he was already gone, locked up for one mistake.

He kept his head forward, he had found a piece of hardwood floor that was slightly elevated higher than the rest. He watched it intently, sometimes envisioning it becoming completely detached and floating out of the room, free to live its own life, not condemned to the life of a floor.

Vanessa Martinez marches in the courtroom and his lawyer had instructed him not to look at her. “Act as if she isn’t even there,” had been his exact words. He had worried that he would come across as cold but his lawyer said better indifferent than enamored. And she was beautiful, gorgeous even. He had had a crush on her for as long as he could remember and that night had ruined all of it. And the worst part was, he wasn’t that guy. He wasn’t a rapist.

He didn’t remember the beginning of her testimony, it was as if here and now had just happened, like it had always been happening. There was no before, there would be no after, there was just this horrible present moment where he was standing trial and his accuser was stationed, positioned to discuss in grave detail how he had ruined her life.

“Of course I recognize him, he grew up across the street from me. We used to walk to the bus stop together. We carpooled to everything together.”

“How would you describe your relationship with the defendant?”

“We weren’t dating or anything. I mean he never asked me out.”

“Would you say you were friends?”

“After he got into swimming I didn’t see him much. We would smile at each other at school, we were neighborly, I didn’t have his phone number but we followed each other on Instagram.”

“Please advise your client to answer the question.” His lawyer scoffed and he felt his skin crawl, he didn’t like his tone, like she was doing something wrong.

“Were you friends?” Her lawyer repeated.

He didn’t know why this hurt him so much, hearing how she didn’t have a relationship withhim.It wasn’t surprising, they hadn’t had a full conversation until that night, she was right they weren’t friends. Now they could never be anything. That was cut at him but he didn’t show it. He didn’t move, he just watched his floorboard.

“The night of January seventeenth you were at a party at the Wilson house correct?”

“Yes.” Vanessa suddenly became preoccupied with her lap or maybe it was her hands in her lap, he was too obedient to look directly at her.

“Was the accused present as well?”

“He saw me crying. My boyfriend and I had an argument. He saw me on the porch and he brought me a drink.”

“Was there alcohol in it?”

“Yeah, maybe half of it, he asked me what was wrong I told him about Tim and we talked on the porch.”

“What happened when you were half way done with your beer?”

“Yeah he leaned into me, his eyes closed and I leaned backwards, put my hand on his chest and told him that I was still dating Tim.”

“And then what happened?”

“He told me it was okay, that he wouldn’t say anything, that I was gorgeous. And then he grabbed my shoulders so I couldn’t move away and he kissed me.”

“I kissed him back to get back at Tim and because he was sweet and he listened to me and he didn’t care how cold it was and it seemed like we were supposed to be out there that night until it went all wrong.”

“It became obvious that he wanted more than a kiss and he kept saying how we were meant to be together, how he’d waited for this moment and it also felt bigger than what it was and I felt out of control so I started to pull away. I told him that I wanted to go inside. But he just held me there, he pushed me against the wall, in the dark. He lifted my skirt and pulled down my tights and underwear and I kept saying no, not like this, that it was too fast but he kept telling me that it was all okay.”

“I didn’t want…” Her voice was trembling now. “I didn’t want anyone to see me like that. He was in control and I was helpless I was so embarrassed I just wanted it to be over.”

“No further questions.” Her lawyer smiled a small smile before returning to her seat. Now it was his lawyers turn to question her.

“You were drinking that night, would you say you were drunk?”

“I had half a beer.” Vanessa responded incredulously.

“You’re not answering the question.”

“But you’re under age so how do you know how alcohol affects you? Is this something you frequently do, drink at parties?”

“No not often but I know myself and I know I wasn’t drunk.”

“Were you aware that my client had a crush on you?”

“He never said anything.”

“So you didn’t know how he felt about you?”

“I mean, I maybe thought he liked me but he never said anything.”

“I never said I wanted to have sex with him.”

“But didn’t you say earlier that you weren’t friends?”

“Just because we weren’t friends doesn’t mean he could do that to me.”

“Settle down, let’s begin again. Did you sleep with your boyfriend, Tim McDonald?”

She gasped at this but she quickly recovered. “Yes.”

“He was boyfriend for two years.”

“So how many times did you sleep with him?”

“Objection your Honor, my client is not on trial here.”

“I am aware of who is on trial your Honor but I am trying to establish a reputation.”

“Sustained. Counselor watch it.”Vanessa was no longer engaged in the line of questioning, he could feel her eyes piercing him. “Is this what you wanted? Steven?”

Upon hearing his name he could no longer obey his lawyer and he looked right at her.

“You wanted me so you had me, you didn’t care that it would make me afraid to leave my house? I can’t go to school. Did you know my own friends call me a slut? I can’t help thinking that your swim buddies are going to pull me into a dark room and have their way with me. You realize that everyone thinks I’m a liar. That you’re a swim star and I’m a whore that tried to ruin your life? You get that right? That one night you took everything from me. I’m too afraid to use my scholarship to Norte Dame, if you’re what lives across the street imagine what is out there. More men like you, cowards that think they can take what they want.”

“I never meant to, I just really liked you and I thought if we could share that one thing maybe you would see it too.”

“You raped me, you raped me and you still think it was more, real men ask and respect the answer. You ruined me, but I won’t be like this forever, I’ll heal and I’ll move on but you’ll always be a predator.”

Powerful stuff. It's edgy and very real. You're a great writer :)

Thank u! I love your website,super easy to publush, great looking and easy to post about my work.