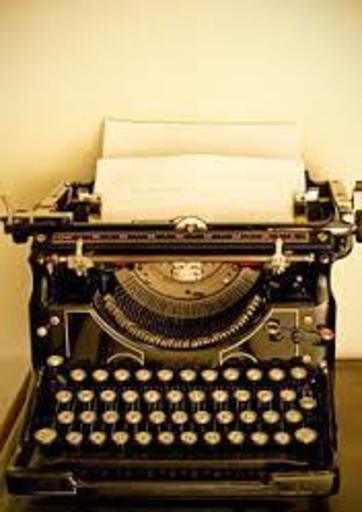 Experiencing writer's block an author is tempted to do anything to become inspired.

65 Reads
1 Favorite
Get the App

If he had known being a best-selling author would have made his life full of pressure and expectations he would have done things differently. Even before his work was awarded, he had felt the devastating power of expectations. His self-inflicted pressure to write something had at one point reached an unbearable amount, but it didn’t compare to what he experienced now. He had foreseen this, he never would have written the painstaking query letters in hopes of inquiring an agent. He never would have signed with the publishing company. Had he known that the anxiety of everyone's anticipation would manifest in the form of the most severe writers block he had ever encountered, he never would have agreed to publish his manuscript. The draft would have remained in the confines of his computer.

Like every other night sense he’d missed his third deadline, he sat in front of his PC. A blank Word document stared back at him as he hunched over, sipping his coffee.

He had tried all the tricks; changed his writing schedule, done away with a writing schedule, pretended he had a regular job that didn't require him to create people out of words. He distracted himself, he picked up more vices. He emerged himself in others’ work, reading constantly, watching films obsessively but he was not inspired. The cigarettes, the drink, the pills, the words of the greats did nothing but cripple his mind further. His self-confidence plummeted. He worried that even if a good idea were to reveal itself to him he would be inept at identifying it as such.

He had disconnected his landline and deleted his email accounts, avoiding the calls from his publisher and lit agent. If it weren’t for his daughter he would have turned off his cell phone as well. Right now it rang, 2 AM and the phone startled him.

Looking at the screen the number was blocked. Cryptic, thought the writer as he answered. "Hello?" He grunted. He couldn't recall the last time he had spoken aloud. His voice reflected as much. It was gruff and scratchy.

"A writer has to write." He replied sourly.

"Yeah, you're the one." The voice on the other end cleared their throat. "Listen, there's a cure to your block."

"I've tried them all, even moved into a new place to clear the cobwebs---."

The voice laughed, cutting the writer off. "No it’s nothing like that, you're going to go to 671 West 23rd Street within the next hour."

"Sure, I'm leaving now. Anything else I should know?" The writer asked sarcastically.

"You'll know what to do once you arrive." The voice paused and the writer wondered if they were still on the line. "And Writer, this is your only chance."

There was something in the way the voice recited the words that gripped the writer. He could feel them asphyxiating him. Hadn't those been the words he had recited to himself countless times? Hadn't his family echoed them before his wife had moved out? Weren't those exact words plastered within his mind, spreading to fill every piece of him?

For words that he had grown so accustomed to for the first time he began to wonder what they meant. His only chance. Only and chance were what fueled his bout of curiosity. Hadn't there been many chances during his life? He had never been one to look at his life in such a way. He was so terrified about making the wrong choice that he had eliminated the term from his vocabulary. He lived clumsily. Falling through choices stumbling upon opportunity. He didn't care enough to choose. To choose is to demonstrate that you want something more than something else. You are revealing who you are within that choice. Your basic characteristics can be traced back by your decisions moving forward.

His head worked this way, creating waves of thought that bled into one another. It had helped develop his first book. It had appealed to the masses. It turns out everyone’s a mess and they loved seeing it in print. But who was he now, after that? Had it change him?

He grabbed his coat and walked through his abandoned neighborhood, navigating through the late night haze until he reached his destination.

It was a warehouse, surrounded by a nearly empty parking lot. The front door was propped open by inches and the writer snaked his fingers through the space pulling open the door and walking up six flights of stairs and into an auditorium. The room was deserted minus a steal desk with an old typewriter in its center. A stack of white paper rested next to it. The writer pulled the lone metal chair, that was resting along the far wall, in front of the desk.He loaded the paper and began to write everything that was in his mind. He wrote everything about choice and change and as he typed, the words would rise off the page rearranging themselves. Other words, that the writer had not introduced, would suddenly appear. When he noticed it the first time he had stopped to read what the typewriter had created. It was well-written, captivating. They were his words, what he had intended to say but here they were finalized and perfect.

He typed as the sun rose. He typed once he heard the bustle of morning traffic. He typed while lunch was served at restaurants around him. Finally as the sun set the paper had been exhausted and the words, “the end” appeared on the page.

The writer took the completed manuscript and began to read it. It began with a baby boy, born in Illinois to poor parents. Parents whose pride kept them for accepting help. The boy was accustomed to falling to sleep hungry. He loved to write. He would spend afternoons nestled under the stairwell, which led him to his family’s apartment. Once he'd stolen a Christmas ham from the supermarket and he ate all three pounds of the sweet meat himself. He threw up the entire night and was sure it was his all-knowing mother who had caused him to be sick. At sixteen he took his GED and moved to the city. He worked at a furniture store until he'd saved enough money to enroll in college. He majored in creative writing.

This was the writer, the typewriter had written his life. He flipped to the middle. It was the birth of his daughter. A couple chapters later was the fight he had with his wife, word for word before she had moved out.

He hesitated a moment before lying all the pages down, except the last one.

"If you read the last words of your life, you will be granted a

"Sounds good to me." The writer voice was tired and coated with honesty.

"That is true if you believe writers require the stillness of mind."

"I wouldn't mind getting rid of all the thoughts. When the block is gone there are voices. Characters demanding to be put on the page and they compete with my inadequacy, the constant questioning of what I'm doing. Is it any good? Is it worth my time? Should I do something else?"

"Yes, but can you write without it?"