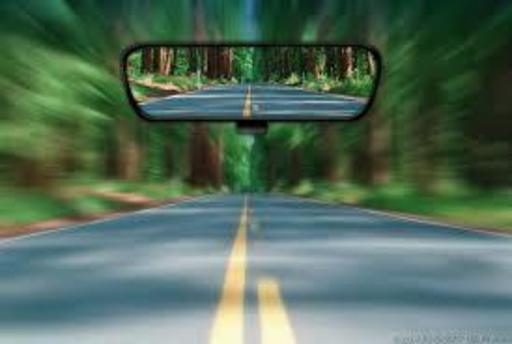 It's been 80 years since the aliens have come to Earth. They have worked to solve the world's problems. What does their success mean for mankind?

38 Reads
0 Favorites
Get the App

We are approaching the eighth decade. According to our by-laws it is time to assess the effectiveness of our campaign." Rom explained to the full hall. "First we will here from Bryn, Administer of Environmental Affairs."

Bryn stood up and walked to the podium, taking the place of President Rom. "When we inhabited Earth, they were experiencing climate change, a consequence of their reliance on fossil fuels. My department has eliminated the need for fossil fuels completely. Wind power, electronic vehicles, solar power have made all seven Earth continents conditioned to run on clear energy. I don't mean to overstep my bounds but we have witnessed a decline in airborne illness and allergens. In short my vote is that we remain, we are doing good work."

"Bryn, that is a perfect segue into Dr. Radisqui’s report." An raucous applause filled the hall as Bryn took his seat. Dr. Radisqui rang his hands together, trying to hide their shaking. Eighty years since his people had come to Earth, in order to improve life on the planet for mankind. All of their preliminary accounts had displayed seven factors that needed to be remedied in order to provide the best quality of life possible. Their reports had shown that they would need to eliminate class dividers. In addition, no longer were meaningless labels such as race to be utilized. Healthcare had be distributed evenly and without payment. Basic human rights needed to be the rule of all the land. Religion was to be used only for spiritual growth and worship. All scriptures that present any sort of division were abolished. Occupations, housing and education were provided to all based on an aptitude test that had proven successful on the previousnine planets that his people had inhabited. There was a zero percent failure rate. The arts were to be enjoyed and freedom of expression, as long as it did not breed oppression, was welcomed. What had gone wrong? Dr. Radisquiwas still unsure.

"Excuse me Doctor, would you mind if I went ahead of you?" Wemtop, the Administer of Law and Punishment asked quietly. For such a powerful man, he was extremely soft spoken.

Dr. Radisqui shock his head and felt himself consumed by relief, even if this did only grant him with a few short moments. Perhaps in these moments he would be able to locate not only the flaw in their nation's system but also conjure a way to present it to his colleagues.

Wemtop took to the podium, "The kind doctor has allowed me to jump ahead of him. We are so happy to report that crime has nearly been eradicated. I am comfortable calling murder a thing of the past. I'm sure the doctor can attest to the fact that patients who visit the clinics requiring emergency surgery are no longer the victims of crimes. Gone are Earth’s days of acts of senseless violence and crimes of passion. Capital punishment no longer requires citizens votes or consideration Violent crime is not the only angle that we have seen plummet over the course of our inhabitation. Crimes against women, children and vehicular manslaughter has also moved into nonexistence. In less than a century, we have seen something occur on Earth that we have seen on no other planet. My vote is that we remain, in the hopes of reaching Nirvana." At this, the crowd exploded with cheering and Dr. Radisqui could feel his anxiety rising.

I did not become the Administrator of Health and Well-Being for popularity, Radisqui thinks to himself. My people must hear the truth, even if my opinion is not favored, it is the truth.

Rom walks to the podium and quiets the enthusiastic crowd. "Dr. Radisqui would you please briefly share your experience and your vote with your fellow inhabitors?"

"Of course," Dr. Radisqui nods as he makes his way to the podium. The cheering ceases immediately once the prestigious man stands in front of them. The anticipation of his report settles over the crowd. The last thing his fellow inhabitants want, is to leave. Having to locate another planet, studying it to see what their race can offer in order to barter a lease so they can live will take months if they are successful. They were not a nomadic race by choice. They had been forced to leave their home planet due to centuries of irresponsibility. It was three generations ago that their former leader had decided to leave their planet. She had proposed to travel, to live like their ancestors once had. At the time their only credo had been to avoid war at all costs. Of course now that credo had become more technical and wordy but the premise remained. The only caveat being that not all planet's shared this belief. Warships had been sent to greet them. His fellow brethren had been taken prisoner, others were shot out of the sky on sight. Now that his people were comfortable on Earth, had found a place for themselves and their offspring, Dr. Radisqui knew they would want to remain. He could very well be silenced tonight but he couldn't put his own race over mankind. It wasn't his home to make such a decision. He pushed his nervous hands behindhis back and stood tall. "My report mirrors what my two colleagues before me have shared." Screams from the crowd erupt and Radisqui raises his hands to quiet them. "I see very few sick. With clean air, water and regular food intake the humans are excelling physically. However that is only temporary." A collective gasp emotes from not only his audience but also those on the stage behind him. "We know that mental health affects physical health and it is the human mind that I see deteriorating. Soon that mind will cripple the body."

"What are saying?" President Rom hisses at him. And Radisqui knows Rom wishes that this conversation had been held in private.

"I'm only stating that this is the longest we have been able to remain on a planet. We have eliminated all their faults, we have provided them with all the answers to every one of the queries, scientific or otherwise, in order to guarantee or worth and therefore our position. In so doing we have been reckless, for we have also eliminated any human drive. All their ambition and desire has disappeared because there is no need for it. We tell them what they are going to be once they reach six years of age. We created a diet based on their physical profile so their health doesn't rely on them making responsible choices. We find their spouse by utilizing an algorithm. They know who they will marry, where they will live and how many children they will have when they reach secondary school. We have not only eliminated crimes of passion but passion itself. There is no risk in their life and I don't know for sure, but it seems that is a large component of human life. The element of choice. And we have extinguished it. My vote is that we leave, we leave as quickly as possible and pray that our work can be undone."