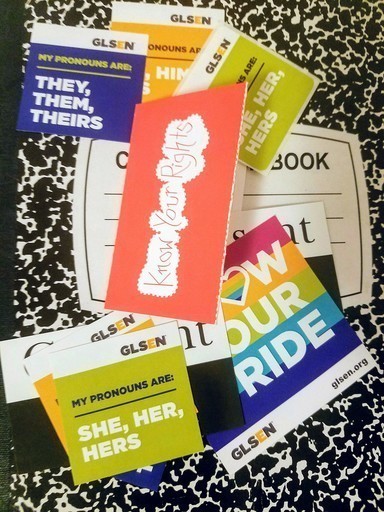 In this 10 Part Series I will be explaining how to address social issues in the college classroom during this tumultuous time.

About a month ago I started the hashtag, Teaching in Trumps America. I thought it would be a safe way for myself and other educators to speak about the abrupt change that seemed to occur in our classrooms once Trump began to really gain traction in the polls. It was supposed to be away to address the hate speech, divisive comments, that were being introduced into class discussions. A way to talk about how to handle the racial and sexist language that was suddenly in the presentations and papers that were being submitted by students. It was apparent that having this person running for office, spouting this awful rhetoric, was impacting students. We were all aware of the hate crimes that were igniting around the nation as this man took office so I thought this hashtag would allow teachers to post on social media what they were now faced with in the classroom. I thought it would create unity among us but the hashtag didn’t take off. I received a few comments from fellow faculty but there were not droves of posts and it made me wonder, are we so afraid to speak out? A few weeks later I attended a lunch that was led by a bestselling author that spoke about social justice, education and racism and the leading request from my fellow faculty wasn’t for him to read excerpts from his book or to discuss the madness that was occurring around us but rather to ask; how do I talk about these controversial issues in my classroom?

I have to admit I was bit taken aback as I, perhaps naively, always thought that academia was a place where these issues should get flushed out, dissected, and argued about loudly and respectfully in the aim of learning. So with that in mind I wrote this, a way to help educators get engaged with the real world so we can in turn help our students do the same.

Statement from the American Association of University Professors

1. The 1940 Statement strikes a balance between freedom of expression and thought and the role of the individual as a faculty member, providing that “teachers are entitled to freedom in the classroom in discussing their subject, but they should be careful not to introduce into their teaching controversial matter that has no relation to their subject . . . .” AAUP, POLICY DOCUMENTS & REPORTS 3-4 (9th ed. 2001) (hereafter “Redbook”).

2. The 1940 Statement is the fundamental statement on academic freedom for faculty in higher education, has been endorsed by more than 185 scholarly and professional organizations, and is incorporated into hundreds of college and university faculty handbooks.

I begin with this statement in regards to academic freedom because this seems to be the argument heard most often as to why my colleagues do not speak out about current events or societal issues. It is this paralyzing fear of losing our jobs however the AAUP provides this definition that was established in 1940. For more information, in particular about how to teach during this tumultuous time, I suggest you visit the following website if you want to know more about your rights, https://www.aaup.org/file/FAQs_2016_Election.pdf

Now that we are no longer afraid of litigious results let’s get to it.

In our country talking about race is unacceptable, in some circles even taboo. We get chastised for bringing it up. We are taught that it should only be done, if gravely necessary, behind closed doors in hushed tones. When it is discussed in a public forum it is seen as brave, courageous and dangerous.

We have this idea in our heads that in order to talk about race freely you have to look or sound a certain way. That you have to be a civil rights leader or community organizer, if not you are seen as a bigot. Well I am here to tell you that it is a lie. That is something that we have been told so that we will ignore this very complex issue.

I cannot recount how many times I have had a faculty member ask me to tell them how to talk about race in their classroom or been told that I can discuss such matters because of the color of my skin, that it is easy for me because students would except my words on the subject because I am a black. The truth is, race is uncomfortable for everyone to talk about in America because of its ugly, painful, not so distance past. So when I go into a classroom, when any of us go in to a classroom to talk about this awful thing, we are all stepping outside of our comfort zones – that is a beautiful thing.

Because guess what, until we as teachers take this power away from race then it will remain shrouded in mystery, encased in power. The discomfort you feel means you are doing something right. Think of the first time you taught, the first day you walked in, you were nervous. You wondered if you would forget something or if you would fail or if your dean would walk in? But you did it and you’re still here, you didn’t explode, this isn’t any different. We work in a field where we are allowed expected to teach. Somewhere along the way we thought that didn’t include the real world. But isn’t our goal to prepare students for after graduation? Shouldn’t we teach them how to navigate what they are to experience once they leave? The issues that they are being exposed to before our class begins? Won’t that be out there when they transfer?

Comfort often leads to complacency. A lot of faculty that I talked to, after the 2016 election, said that now they are faced with issues that they haven’t taught in years - more specifically the past eight years. With the election of Barack Hussein Obama many Americans, academics and non-academics alike felt that we were now in a post racial society. That one act made race a nonissue. Faculty stopped telling their students about systemic and institutionalized racism because the argument was, it was no longer relevant. That is extremely dangerous and now we see just how so. With the election results of 2016 many of my fellow faculty were shocked that such a person could now sit as Commander and Chief, they were shocked that he was elected to that office. Well, when we stop teaching people about history, about social issues then guess what, we reap what we sow.

It’s always fascinated me how easy it is for people of privilege to live in the United States and have no experience with people that are different from them, to never be exposed to the histories of people of color. Recently in one of my public speaking classes we were reading historic speeches, one of which was the eulogy of Rosa Parks. One of my students raised their hand and asked me, “Did Rosa Parks do anything other than refuse to give up her seat?” I was reminded how lackadaisical and even outright negligent we are able to be in education. We can cut and paste whatever narrative the textbook demands, we can completely rewrite the history that we teach. This student had no idea how calculating the Civil Rights Movement was, how Rosa Parks was not even the first African American woman to refuse to give up her seat but was instead selected by Civil Rights Leaders because they knew her ‘look’ would appeal to all Americans, not just black Americans. That even though images of the National Guard and the firehoses being turned on nonviolent black protestors and police dogs being let loose to maim these activists were broadcast in the living rooms of Americans every night across the country there was still a large portion the population that saw this as “southern” issue. It wasn’t until Rosa Parks was shown being arrested that many mid-Westerners, West Coasters and everywhere else did you see students leaving their dorm rooms, mothers getting sitters for their children so they could ride to the south, ready to push for Civil Rights. So did Rosa Parks do anything other than give up her seat? Yes she changed the entire trajectory of the Civil Rights Movement. That is an important discussion to have in public speaking. It shows how words are powerful because they can evoke action, it addresses how important it is for speakers to know their audience. Yet this student had never been asked to link historic examples to their learning, it had not happened until their second semester of college.