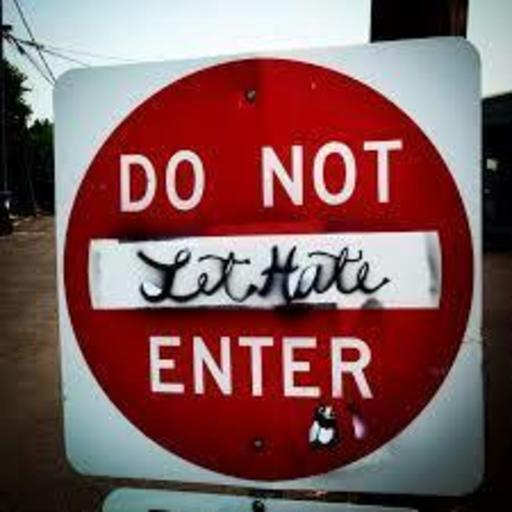 Part 3 of my Blog Series, " How to Teach in Trump's America" deals with our power as educators, the importance of engaging students in these "difficult conversations" and what our rights as teachers are. #bethechangeyouwanttosee

As the statement from the AAUP offers, enlist controversial topics within your curriculum. It reads as a warning but I think it is a gift. Why would we compartmentalize our subjects from issues that they are naturally linked? For so long I have heard people in my field of communication talk about how white communication is, in particular Public Speaking. I love to teach this class because of its roots in social justice movements. It is the perfect avenue to discuss current events because so much of what we learn about the world is done so through speaking publicly. No one loves to be in front of people speaking. When we accept that fear and anxiety we do it for a great cause, that is the only reason we are drawn in front of the crowd. It is not our natural state and yet we face it so that we can be heard, so we can conjure change in some way. So when I hear that they are teaching “whiteness” I wince because public speaking belongs to the people, all people. So why are our students not hearing this? This is that long history of separating our discipline from the reality.

There is naturally no separation between public speaking and diverse cultural methodology and yet so many teach it that way, providing a proverbial nod to the patriarchy. Why limit yourself? Embrace the history of your subject so we can see how we have changed, add to it, provide your students with multiple ways of learning. Because when we limit ourselves we limit our students.

Students are deeply effected by our current political leader’s new legislation so when we don’t talk about it they assume that we don’t care, that their fear is unwarranted which effects their performance in our class but also their overall self-worth. Why not instead take the approach of, we are all effected by this, maybe not as deeply as others but this legislation does threaten to change our lives so let’s talk about the history of this. Let’s talk about what’s going on so that when students come to class they feel they are in a safe place. Legislation that is introducing a ban that is threatening deportation, that is real life. In so many social science classes this is relevant. Not from only a current events platform but based in theory and research methods. Let’s talk about how less diverse populations are more subject to disease, in biology labs. Let’s talk about how travel bans, such as this, were used in Nazi Germany in world history lectures. These are not issues that exist in a vacuum. Include these topics in your curriculum but don’t forget about your course polices.

We’re so afraid to talk about race in America and yet after World War II when we liberated Germany we asked, how could this happen, more importantly we demanded, how could you let this happen after we were exposed to the horrors of the concentration camps. We controlled their media afterwards because we didn’t trust that they wouldn’t allow such hate speech to command their airwaves again. However here in the States we allow they KKK to march on Washington, we watch as places of worship are desecrated, black churches bombed, Jewish cemeteries vandalized and we hide under the protection of freedom of speech. Why don’t we shut this down? Why during the 2016 Presidential Campaign didn’t we say, this is hateful rhetoric, this is creating a platform for hate - for Klan leaders? In your classroom don’t make the same mistake. I often have faculty tell me, “but we have to be tolerant.” Yes tolerant of different opinions but I am not tolerant of hate. If you are faced with a student that is making others uncomfortable with their homophobia, xenophobia or sexist agenda, shut it down. It is your job to create a safe place for students to speak out, not safe place for hate because no one is safe once that is unleashed in the classroom. Tolerance and freedom of speech are not be taken for granted but they are also not a blanket statement saying that everyone can say whatever ugly and vile thing they want without repercussions. The safety of your students is not only physical but mental as well. If another student is triggering them, it is your responsibility to remove that student. Having a statements like this in your syllabus protects students but also yourself. It is your built in “back up.”

A few weeks ago I posted an article on social media that included stories from U.S. immigrants who were writing about how this ban effects them. I thought it was beautifully done but shortly after posting it, a high school friend of mine, replied to my post. Attacking the source, saying Buzzfeed wasn’t a reliable source. They then posted another video beneath mine stating, “here’s an immigrant that likes Trump so it’s not so bad.” I was outraged, but why? As I thought about it I realized that they were a man, particularly a white man, discounting these peoples’ experience. He was saying that their experience wasn’t valid because of where it was stated. But it also angered me because he was insinuating that because one person liked the president that we should make his hateful diction and bigoted legislation acceptable to all. When you say something that someone doesn’t agree with on a fundamental level a less educated person will say that you are spouting off alternative facts rather than entertain the notion that perhaps they have been blind to a very dangerous entity. This is why it is important to have multiple resources, appeal to different aspects of students identities and remain persistent.

In my class students are seeing themselves in the course material. When I first began teaching full- time the big debate within my department was textbooks. We argued that the books were too expensive, that they didn’t cover all the material that it should but mostly we were upset that our textbooks were written with one audience in mind; white middle class high school graduates. If you teach at a community college you understand that this is a very small percentage of our student population. We have students who graduated from high school forty years ago, students who are coming back to school for the first time in decades. We have single parents who never graduated from high school. We have students from a very diverse background yet we are asking them to pay over one hundred dollars on a book that does not consider their background and telling them, this is how it is. When you are putting your course material together think of your students. Do you have a large Navajo population, why not include an article written by, Luci Tapahonso in your Intro to English class? Do you have mostly women in one particular class, why not include work by, Helen Oyeyemi instead of a male author?

We know mental health issues effect one in four people according to the WHO why not have a reading addressing mental health in Higher Ed? Why don’t we talk about these things? Why have we accepted this lie that there is only one type of student? That every student needs to receive the exact same skills in order to succeed? Why have we just allowed the patriarchy to command education?

Whatever the reason it is time for us to stop buying into this outdated, doomed for failure mentality. We owe it to ourselves but not as much as we owe it to our students.