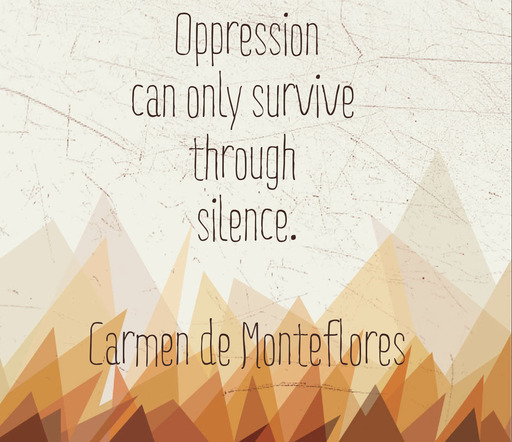 When we only rely on a few to do the job of many no one benefits. It creates contempt, ignorance and to be blunt discrimination. It is not the job of some but of all of us in Higher Ed to educate, even when we're uncomfortable.

59 Reads
0 Favorites
Get the App

The first time I was teaching as a professor and not a TA I remember discussing sexism. I was so afraid to be free to discuss whatever topic I chose that I wasn’t allowing my students to talk. I quickly ran through the subject without allowing anyone to raise their hands. I gave a thirty minute monologue and then turned on a TedTalk. There would be no feedback, no chance for students to question me or the material. Afterwords I remember feeling like I had failed. I had given the information but I hadn’t allowed any real learning. I had simply exposed them to the information and then walked away.

This may ring true for other educators a well. We aren’t just educators we are also facilitators. While you are doing a great job by showing them what is out there that is just the first step. The next task is learning how to cope with it. If you avoid step two you are creating an environment where there will be students who already experienced rape culture or sexual harassment, in some capacity, and the other students who are seeing for the first time that such issues exists - but that’s it. If you don’t discuss it then each group of students will feel the same afterwards, indifferent.

Going back to my experience from earlier, by not allowing a time for discussing the material I had redefined by classroom policy.In fact by not letting them speak I had effectivelysilenced them, nonverbally expressing that this subject was "off limits." By not encouraging their participation I had outlined that my classroom wasn't a safe place to discuss such "unacceptable" topics.This concept is twofold, first you have to discuss the issue after it is introduced but secondly you have to allow the students to unpack the idea as well. Allow them to talk to one another, if you feel that your group isn’t ready for that have them write it down. Writing enables students toprocess the information and decipher their beliefs from facts. After which you can have a discussion by beginning with reading particularly insightful and more developed concepts that they have written down and allow the class to introduce more schools of thought.This is how we learn; we see something, we react, then we interact, before finally we begin to accept or reject it.

Every class is different, there are some where we can go straight into unled discussions about topics and bring it all back to whatever education concept we were learning that day without any hiccups or confusion. There are other classes where it isn’t until midterms where we have a group that is trusting, and comfortable and all devoted to this idea of learning. I said all that to simply say, Stick with it.

No one is comfortable talking about controversial topics, even among friends. Racial profiling, class bias, gender pay gaps, these are all things that we have been taught to ignore or sweep under the rug. Bringing them up is viewed as impolite. It doesn't matter if you are a woman of color or a white privilegedmale, neither of us are any more relaxed when addressing such things with a room full of strangers. We don't know how they will react. We don't know if they will reject our words straight away. We don't know what the outcome will be however somethingto always remember is that we are in control of the climate of our classroom. So many times I have seen faculty rely on the women or faculty of color to relay topics that surround social justice, as if our anatomy makes us better suited to navigate discussions around difficult topics. That is fundamentally untrue and it does not only do our students disservice but also our faculty. When we only rely on a few to do the job of many no one benefits. It creates contempt, ignorance and to be blunt discrimination. It is not the job of some but of all of us in Higher Ed to educate, even when we're uncomfortable.