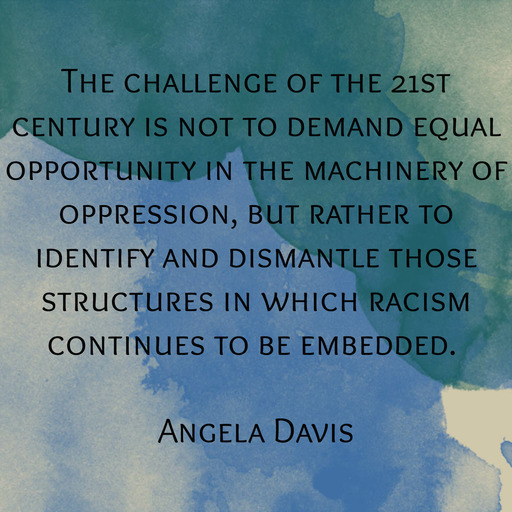 Don’t fall into this trap, if you want to teach about such issues do your own research. Students regardless of their ethnicity, race, sexual orientation or gender should be treated as all other students, not guest lecturers. They should be able to sit in your class without being labeled, called out or seen as token. They are coming to school for a variety of reasons but none of those include talking about their personal experience.

58 Reads
0 Favorites
Get the App

I was sitting in a faculty meeting when one of my colleagues was so happy with how they had handled their first ever trans student.The professor explained, “I got one, they’re trans!”I was immediately reminded of Donald Trump’s exclamation, “Look at my African American…” at a campaign rally in Redding, California.

During my own education the one day that race would be introduced in lecture all the students and the professor would turn to me for my opinion, as if I had been elected by the black community to represent us in the New Mexico Higher Ed Chapter.

Don’t fall into this trap, if you want to teach about such issues do your own research. Students regardless of their ethnicity, race, sexual orientation or gender should be treated as all other students, not guest lecturers.They should be able to sit in your class without being labeled, called out or seen as token.They are coming to school for a variety of reasons but none of those include talking about their personal experience.

I am woman, a mom, a wife, a professor, black, and pan-sexual, I am not an expert on any of those things.The color of my skin did not give me the knowledge of the Civil Rights Movement or the black experience.My genitalia did not school me on the gender wage gap or glass ceilings, my experiences or lack thereof did.

Your classroom should be safe, not a place where students go to be labeled and poked and prodded.They are not on display, your teaching is.When you, as an instructor, begin to otherize your students, the rest of the class follows suit.You set the tone for your classroom.

In each of my classes race, gender, class, sexuality, ableism get discussed as part of our course material.Because I write my syllabus I know what is coming. On the second day of class we were discussing emotions towards the end of lecture I saw one of my students whisper to another student and then promptly get up and leave.The following class I approached the student that had left.They were defensive at first but when I explained that I was concerned they explained that the lecture had been triggering for them and that when they explained this to the student sitting next to them they had been dismissed with an all too common, “you’ll be alright.” The student explained how they left because they had wanted to punch the other student in the face.

I’ve never had a fight break out in my classroom however it’s because I stop it before it starts. When I see agitated students I halt the discussion.As an instructor you can pull the student out in the hall and speak with them.Explain that you understand these topics can bring up a lot of feelings, especially since this could be the first time they’ve ever been presented with such concepts.This can be less traumatic if you make the first in-class discussion a written one, where they can list what they’re feeling. It doesn’t need to make sense it’s just getting some of this angst on the page rather than in a shouting match in the classroom.It all goes back to creating a safe place.

Also never engage an argumentative student with anything other than facts.I had a student state in class how women are better parents because they are natural nurturers.My response was, that is a stereotype, and I cited, Daphan Joel a behavioral neuroscientist at Tel Aviv University, who explains there are no differences between brains based solely on gender but societal pressures that force individuals into very exclusive gender roles. I am happy to say that same student is now understanding how there are different types of women, that we are not simply cut from a stencil and mass distributed ready to receive our orders from a man.

Be prepared to separate ignorance from hate. I have very bright students who have just never been asked to challenge themselves. They have been raised to believe that stereotypes are true and that the world is a great place where everyone is equal and if they struggle it’s because they are lazy.The first half of the semester is about challenging those assumptions with research and facts, anecdotal evidence and narratives.There are also the students who are highly educated in prejudice.They will hear the research but admonish it in order to spread their own intolerant agenda.The latter need to be addressed with facts immediately, never let your students fall into the trap of listening to refutable falsehoods and adopt it as truth.Do not let your classroom turn into a platform for hate or a three ringed circus.

You are in charge of facilitating discussions. If your group is not ready for class discussions then make the assignment a written one or a info-graphic, protect them from themselves.If you’re unsure ask yourself; by allowing this student to speak in class, is it admonishing the safe environment that I promised I would provide for students?