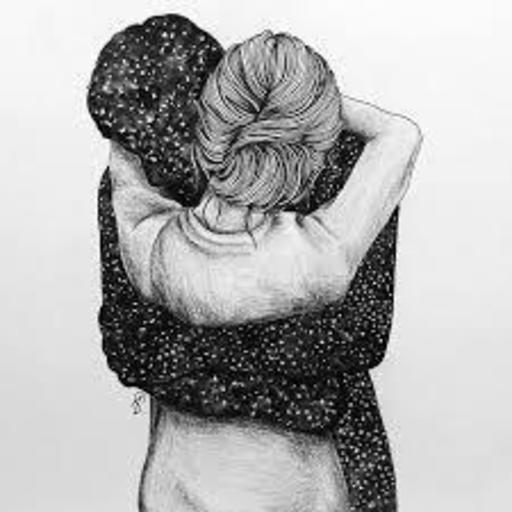 A woman learns the importance of loss.

61 Reads
1 Favorite
Get the App

The air had adopted a chill to it. It was masked between the warm air that surrounded them but it was there, waiting to greet its friends, thunder and lightning. She made her way inside, preparing to hold out during the rain. It wasn't officially Fall but the weather was performing a rather elaborate impression. She had just set her kettle on the stove when her doorbell rang.

She hadn’t been expecting anyone. Sheer curiosity brought her face to face with a man her age. The moment she looked at him she felt something pulling at her from inside, discomfort or inconvenience deep within in her. And then she realized what it was, she knew this man. Not as a man, she had known him as a boy. “Winston?”

“Yes, it’s me.” His voice was hurried and laced with worry and she wasn’t sure how he came to be inside, but here they were sipping tea on her small sofa as though no time had passed. Memories of their childhood excursions began to possess her mind and she voiced them, with Winston corroborating and occasionally outright denying her recollections.

“You have to remember now.”

“What?” She played dumb.

Winston didn’t have to say it, instead he entered her mind and pulled the memory to her present.

“Only in the sense that I am not with you.” Winston corrected.

“Or your family or any future that you dreamed about, you aren’t present for any of those things.” She felt herself begin to weep.

“We made a choice that day. One of us would be lookout while the other would take the ride.” As his words filled the small space between them she felt herself being dragged back twenty-two years ago.

The sun had them cornered, beating down on them from a cloudless sky and emanating from the asphalt beneath their feet. Twelve days into summer vacation and they were already bored and sick of one another but not yet willing to admit either case.

“We can go long-boarding.” Winston kicked at a weed that was growing through a crack in the pavement.

“The high schoolers command all the good hills.” She countered without looking up. Why had she been so moody?

“Not all of them.” Winston’s notorious grin spread across his face - she knew it without looking, she could see it just from his inflection.

“You're crazy. And besides by the time we go to my house and then back to yours and across town to Hillcrest, it'll be dark.”

“Come on, we can get the boards from my house, my brother hasn’t touched his since he started driving.” Why did his car start? Why didn’t he wait to get his license? Why couldn’t he have been home to throw a fit about them taking his board without asking?

Instead they had made it back to Winston’s house in record time. Excitement of the idea of doing something new and dangerous invigorating them. They collected the boards without incident and raced to Hillcrest.

Perched at the top of the narrow winding road they could see the city. Why didn’t someone, anyone, stop them? Winston mom was constantly meddling, offering them snacks as soon as they’d finished a meal, hovering over them as they did homework. Where was she this day? Why hadn’t she been there, forcing them to put on their helmets and pads before bribing them with a trip to the icecream parlor if they agreed to stay inside for the remainder of the afternoon?

“We should go down in tandem.” She offered, climbing onto her board. “Bobsled style.”

“I agree with half of what you said.”

“You go down and I’ll be lookout.”

“Bull! This was your idea!”

Winston laughed and she knew he had been teasing her. This was his idea after all, he wanted to do it.

Don’t let him. Why had she let him?

Now that she saw how badly he wanted to skate down this twisted serpent of a road she suddenly wanted to even more.“I’ll flip you for it.”

Put the coin away and walk home. Return to boredom.

“Call it in the air!” Winston was already tossing a coin.

“It’s heads, keep watch. You see a car yell and I'll bail, ditch the board and wind up in someone’s lawn.”

“You got it.”As he skated away from her, the present came back into focus, a grown Winston seated a couple feet away from her in her small living room.

“I was supposed to.”

“I was supposed to. Look at who you are, look at how you love and how you are loved in return, that wouldn't have happened if I hadn’t...”

“I don’t believe that, you were my best friend.”

“Your only friend.” Winston corrected. “Look how strong, how brave, how much bigger that one event made you. Your life is better.”

“And because of me.”