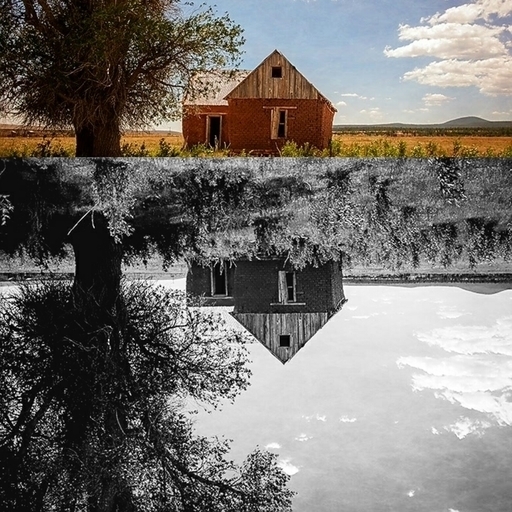 The House on Pine Street

The girl who lives in the house on Pine Street learns her family history and debates whether one can truly escape the sins of their family.

99 Reads
0 Favorites
Get the App

There was an old adobe house at the end of Pine Street. It was a house that everyone in town had heard about. The stories of its previous inhabitant’s wicked deeds had been whispered into each generation. Each sin becoming more abhorrent each time it was retold...

There were the things she knew and then there were the things that she was told. Her whole life had been spent behind the walls of the adobe house at the end of Pine Street. She had never gone to school. She had only known the walls that surrounded her now. Her parents only left the house at night, a luxury she was never granted. The closet the girl ever got to leaving the confines of the mud house was to sneak up on its flattened roof. She would wait until the moon was full and then she would sit and gaze upon the town below.

She learned about the world around her through her father's extensive library. Books about war, philosophy, the history of man, poems regarding love each dawned his shelves but there was one book that the girl revered more than all the others. The book about life.

The book about life had the history of everyone that had come to be of any significance to her family. There were the Waltons, whose blood had been superior to all the others. Their blood had kept her family alive for decades. Her great-great uncle had devised a way to cultivate it that didn't involve the arduous task of draining them. He had created artificial blood, based on the Walton's DNA. The book also told about Madonna Fletcher, whose family’s hatred had forced her to a life on the streets. Her sadness and bitterness had served as the main ingredient to her family’s resurrection curse. Nicolas Harris and his wife Matilda had given their bodies so that her family could possess them, providing her dead ancestors with a corporal form. The Harris’ triplets had been conceived while under the command of her ancestors, further developing her family’s powers.

Their town had always given them everything they needed. Their sacrifices had given her family so much and the girl longed to thank them. And she decided that tonight, after her parents returned from Harvest, she would ask them about her idea.

The midnight hour was long passed, and the girl fought to keep her eyes open. Perhaps waiting in her, suddenly very comfortable, bed was not the best choice. She walked to the kitchen and pulled one of the wooden dining chairs to the front hallway. She positioned the chair in the middle of the hallway. She sat down, the wooden chair such a strong contrast from her mattress that she was instantly quite uncomfortable as she looked upon the front door. Fixating her gaze upon the golden door knob, waiting for it to provide the slightest turn, the smallest twist.

The walls of the house began to shift, pushing inward and then pulling themselves out again. The girl grasped onto the chair, not wanting to be knocked about. She forced herself to be courageous, her parents said to her ancestor’s spirits would never harm her. They would remind her about all the good they had done, how loved they were by the town people. She forced her eyes open, which must have closed when the walls began to encroach upon her. She looked around the room, embracing the spirits instead of shutting them out.

"You plan to bridge the gap?" A voice surrounded her and the girl was unable to identify the source. It was a melodious voice, a soft voice, a voice that expressed wisdom.

The girl was confounded by its inquiry but she was embarrassed to admit it. This was the first time a spirt had sought her out directly. She had watched her parents dance with spirits, conjure them, even control them. They frequently communicated with them but she had never even spoken with one.

Seeming to sense her confusion the voice spoke again, this time even more kind than before. "You have an admirable goal, to bring the humans and our kind together."

"To thank them." The girl boasted, impressed with herself.

"You realize that they hate us?"

"What? No, they are our friends. They understand that we need them and they never let us down. They give us all that we need."

"That's because we take it."

"The book of our conquests." The voice of the spirit corrected.

"But what about the story of the mother who donated her children in order for us to feed our wolf cousins? Or the hitchhikers who gave their lives to save grandmother’s life?"

"You mean the young that the werewolves stole from their warm beds at night? Sneaking into their homes while their parents slept under the potion of the moon? And the travelers whose souls your grandmother devoured for her own selfish means?"

"I don't believe you? Everyone loves us."

"Our kind has been driven out of this town by mobs armed with torches and their fists. They later evolved to pitchforks and horseback, then it was guns and trucks. It wasn’t until your birth that the balance was restored. You see child, you come from evil. Your birth brought so much wicked that the good was temporarily suppressed. The town folk feel it, they have lost. Why do you think your parents are able to leave each night and hunt? The humans blood flesh and souls are free for the taking, they have hardly any fight left."

"But I'm not bad. I don't do those things, I'm not responsible for what was done before me."

"But aren't you now responsible, now that you've learned the truth?"

There was an old adobe house at the end of a Pine Street. It was house that everyone in town had heard about...