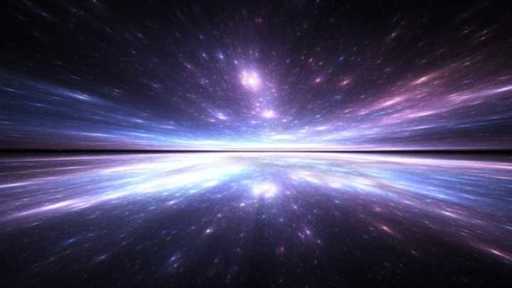 Sarah Robinson is the first person to stand trial for murder while still in orbit. With another two years before she makes it back to Earth, her fate will be sealed by the time she returns. Now alone in space, she just wants to know who murdered her crew.

77 Reads
3 Favorites
Get the App

Not until I confront everything, will happy be a constant in my life. These are the words the NASA therapist utters over and over. The ones I'm supposed to recite over and over but it doesn't sound quite right to me. Why would I want to relive the past fourteen months?

I'd been forced to write it as an official statement. I had to produce a video testimony for the wrongful death suit, Rhinestone had been outvoted. Thirty-six more months until I was Earth side. I am the first astronaut to be on trial for murder while still in orbit. Rhinestone had argued the validity of a testimony that had a three year delay, he alluded to the idea that I could tamper with it. His illustration even included how the engineers, that still stood by me, could alter it. It all sounded logical but the sensationalist had predictably won. Light years away and I was rebranded. Once a nations hero, one of the Fabulous Four that had gone up to knock a meter out of orbit to save our precious planet and now I was an alleged killer, at large. The center of the first interstellar man hunt. I envisioned mobs armed with pitch forks but instead of being dragged out of my house, this mob would be sending a missile to strike me down as I entered the atmosphere.

Fourteen months ago the southern airlock had malfunctioned. Peters’ had lost his life trying to tether himself. Atkinson was at the controls, forced with an impossible choice. Did she cut the south station loose? It would save us and the remainder of supplies or should she try and force the ship to self-repair? In simulations if an airlock blew we ditched the exposed station. We could get by with less supplies. Self-repair was time consuming with a success rate of 79%. I was outside, taking a space walk screwing in the protective cover over the newly installed valve. Waller was my extra set of eyes. He was secure next to Atkinson. Waller was concerned with completing our job and getting me back inside. As bad as this was it was not unheard of, we had trained for it. We were all silently doing the math in our heads.

We had a 90.2% chance of surviving if we lose the station. Peters’ was gone, there was no bringing him back in either scenario. This was all in my deposition. I restated it once more in my testimony. I recorded it in my briefing to NASA. It was what happened next that caused the wrongful death suit to be thrown out leading to the capital murder case being brought to trial.

The specs showed that Peters’ heard a whistling indicative of air seeping out. He had seen minuscule drops in O2 in his last three reports. After receiving permission from Atkinson he'd set out to locate the source. As he inspected the whistling, twenty feet away the airlock was ripped open. A tear or malfunction of the airlock would have signified faulty equipment either a manmade error or weathered materials. Either of these would have pushed the wrongful death suit along, resulting in the victim’s families being paid but I had said ripped. I read back the transcript of Peters’ final words and his exact words were, "Something’s ripped open the airlock." His voice is anxious as he desperately tries to get tied down.

"Peter's are you tethered? Have you secured the airlock?"

And then a horrendous screeching floods our communication.

"There's something on board." Atkinson keeps her tone level asthough this is a mere simulation. "I'm going to blow the station. Waller, on my count."

"Captain, if there's an alien race on this ship we have to at least consider preserving it. Do you know what this could mean for mankind?"

"That is not the point of this mission. Waller, on my count we pull the trigger.”

“Robinson hang on,” Waller says to me. “We're bringing you in once it's secure."

I'm floating in space, screaming their names until the alarm signaling my dropping oxygen levels forces me to make a choice.

The blood is what makes it suspicious but there are no bodies. A body is what constitutes a murder to a jury. Their blood is sprayed over the controls, the trigger to dismantle the airlock remains untouched. I blow southern station, hopefully killing whatever killed my friends in the process. This goes into all of my accounts. The predatory alien, strong enough to latch onto a spaceship traveling 17,500 miles per hour, capable of tearing it open.

After taking photographs from every possible angle I try and work out in my head what's happened. How they were killed, by what. There isn't enough information but I send it all back to NASA, hoping for any sort of answer. I write letters to Peters’, Atkinson and Waller's families. Then NASA pulls my defense team. My parents take out a second mortgage and hire Rhinestone. My communication is limited to my lawyer and my therapist. I start working day and night to uncover the truth but without NASA my resources are limited, my efforts fruitless. Each theory less feasible then the last.

Rhinestone informs me that the DA is arguing my sanity, or lack thereof. Five years in space, they think I snapped. The solo space walks, the silence of it all, they claim it sent me over the edge. It had caused me to kill all of them to get home sooner. They were questioning why I hadn'tcleaned the crime scene sooner. They were calling it my homepage to my crime. I tell Rhinestone, "If I was really the killer why would I keep the evidence around at all?" He says he doesn't like to use my name and the word killer in the same sentence. He says it creates a mental note for the jurors, a connection is he not willing to make for them.

The Defense paints a convincing story. They even pull out my ex-girlfriend to spout distorted truths about my state of mind. Suddenly years of training with NASA to ensure my mental state don't carry as much weight as one disgruntled ex. The trial wages on for months, while I float through space, doing the job of four on my own, trying to make it home.

In the middle of my routine maintenance checks I'm alerted to a message. It’s from Rhinestone. "Sarah, they have video," is the subject line. When I open it there is only a link.

Dated March 5, 2091 the day of my space walk. The day my crew died. The video is taken from the area cameras. I was told there was no video. NASA must have cut off my access right after the attack. I watch Peters’ inspecting the whistling. He’s positioned across from the airlock, when it is opened. I wait for the creature that murdered my friends to come on screen but what I see staring back at me causes me to lose my stomach’s contents.

My muscles are sore by the time I'm finished. My brain fights to make sense of what I saw but it can't. My heart is racing.

I was outside the shuttle, installing a valve. How could I? The alien could have taken my form when it saw me outside the ship. It was the only plausible explanation. How else would there be video of me killing and eating my crew?