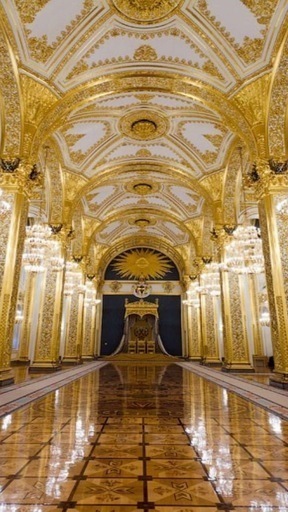 America falsely declares war against Russia and its allies. Looking for a way to push the New World Order Agenda.

85 Reads
3 Favorites
Get the App

It is November 19th, 2070. America has declared full nuclear war against the Russian Federation, DPRK, And the PRC. The war started off three weeks earlier when Russian fighter jets strafe ran a US aircraft carrier. When the American King  heard of this news, he instantly shut down all means of distribution or communications with Russia. The four Russian fighter jet pilots weren't actually Allied with The Russian Federation. They were purposely trying to ingage war against the United States for lying to their citizens about The Islamic State, And for the start of The New World Order. The Americans knew why the four Russians attacked but refused to disclose why to the general public. They simply told them "The Russian Federation has been planning this attack for a while and they want to see America fall", which was an absolutely bizarre claim to make against Russia. Russian Tzar, Леонид Брежнев, aka Leo, frantically sent a telegram directly to the Pentagon building in Washington D.C. to clear up the problem between the two nations. Dean Rusk, Secretary of Defense, read the Russian's telegram that cleared everything up, and agreed with it. The King of The United States,  also read the telegram later on the very same day they received it, although he knew Russia was being honest and righteous, he knew The Russian Federation was a major threat to the New World Order he publicly declined the Russians statement at an attempt to push a period of serious propaganda against The Russian Federation.

Log in or Join Tablo to comment on this chapter...
Nearly all of Russia's population is a member of "The Russian Nationalist Movement", the RNM as they're officially called, has successfully ran The Russian Federation since Vladimir Putin took office in May 7th, 2012. Over 58 years of reign. The Russian Federation is a very proud nation, disrespect them and you're dead. There is no running away when you're in Rossiya. All people who have committed major crimes are either hung or shot. While in The United States they stay until they "act right". In the Russian Federation pride is first. In America, diversity is first. The United States have only recently been allies, during Donald J. Trump's presidency. After Donald J. Trump's two terms were over America abolished the Republican Party and transitioned America into a one party Communist state of atheism. Promising people free possessions if they give up their jobs, planting RFID chips into their hands for the "sake of being safe". All of which is lining up for the Elitist's plan for The New World Order, that happens to be the enemy of The Russian Federation. America's motto is also "Always Be Yourself" which results in people "being happy the way they are" and not being happy the way they need to be, while in The Russian Federation their motto is "Live With Us, Live With Greatness". Russia isn't afraid of war either, they're ready for war. Known for having one of the largest militaries in the world with a mighty 3 million active service men and women. America's military is composed of 1 million people, difference is that in America you are forced to be drafted into the military, most of which dodge the draft, while in Russia you are given a choice, I guess being proud does make a difference.

In America, the communist affiliated news agencies such as CNN, BBC, and especially Disney's ABC have been ordered to create new false stories about how Russia opposes the "American Dream". These companies only task is to brainwash the masses to believe what's right is wrong, and what's wrong is right. In America freedom of speech is abolished, if you say something they, The Global Elite, will have you locked up. It is a complete totalitarian regime, labeled as Democracy by the Elite to keep suspicion away from The Eye. Everything you do in America in being watched and written down in "The Book". The Internet is controlled by the NSA, National Security Agency. The Deep web has been controlled by the government ever since it launched, it's how the nation makes a small portion of its money to use for luxurious palaces and advanced satellites and radars. On the Internet, "Pre-Revolution" social media doesn't exist, FaceBook,Twitter,YouTube, And Even Instagram. Instead it's been replaced by an Elite Government controlled website called "The Truth". Everyone starting at age 10 is required to register onto the "The Truth" to start the process of vowing allegence to the Satanic Elite. America in Pre-Revolution Era had the first traces of "The Truth" starting from around the mid 1900s. There used to be over 60 diversely owned media companies in the early 1980s varying from all political views were around. while in 2011 the same 60 media companies were bought by The Final 6 Government backed corporations owned by the Zionist Jews. They owned over 95% of the news and media. Now in this day and age ALL 100% of media business is owned by The Government which is now also integrated into "The Truth".