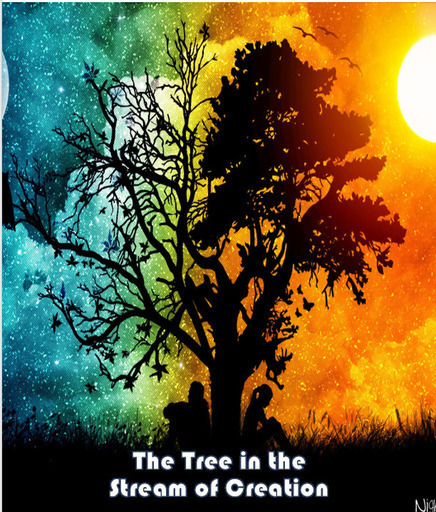 The Tree in the Stream of Creation

A detective who solves cases with arguable efficiency. An actress who believes she can play more than just a squeaky toy. An assassin who's done being a weapon. A bestselling novel in dire financial straits. A lightbulb, an air gun, a kitten, a corgi, a monk, and a god with an out-of-order Coca-Cola machine. A seer and her rowdy group of friends on a mission to unite them all. Everything is connected.

33 Reads
0 Favorites
Get the App

The show writer said that at some point, the TV series would start to connect to the actual books. Since Dirk Gently's Holistic Detective Agency was canceled before that happened, I guess we'll never know. But we can always imagine…

Yes, the holistic writer is kind of a representation of me, which I know is kind of vain and lame and annoying for readers, but I'll try to make up for that. Suggestions are welcome, but I'm unlikely to do specific requests unless they make sense with the story. If you have criticism, please be kind about it: I'm much more likely to be receptive to your advice if I don't feel like I'm being personally attacked. On my part, I'll try not to be oversensitive, on your part, please PLEASE be considerate of other people's feelings before posting.

I apologize in advance because I know I'm not gonna be able to write dialogue (especially for the Rowdy 3) accurately. I'm not really into cursing, so even though the characters won't sound right because they're not spewing the s-word every two seconds, I'm afraid they'll just have to find more creative ways of expressing themselves.

I do not ship Brotzly because I didn't really see that playing out in the show and would like to respect Todd's obvious tastes based on his relationship with Farah. Also, just in general, I'm bad at writing romance so will probably try to avoid it unless I feel holistically led otherwise.

The darkness waited. With a complacent, chilling patience, it lounged against the walls of the room, draped itself over stacked crates, and waited. It watched, too: watched with greedy, eager eyes as its victory drew nearer and nearer, as its enemy's strength faded.

Its enemy, the candle, flickered valiantly on, its size and strength rapidly diminishing. In one final act of noble defiance, it gave a vehement sputter and went out.

The darkness rushed eagerly in.

But then there was a match, and a hand holding the match, and another hand holding another candle. And before the darkness could say "Rats." A new enemy had emerged, brave and bold and ready to take the place of its fallen comrade.

Sulkily, the darkness retreated. This was the third time it had been so rudely rebuffed. It was almost enough to make the darkness start tapping its foot with impatience--but no. The darkness could wait. It could wait with the same chilling patience that it always did.

The owner of the hand and the match and the candles shivered, as if sensing the sudden chill of the darkness's patience. She raised her head and looked around and said--"N."

She scrambled for a pen and scribbled, Nepenthe on a pad of paper. She smiled.

"That's what I need," she explained to the candle in relief. "That's…that's maybe what this whole trip is about," she continued. "It wasn't just me randomly making up a story about me hopping on a boat called The Estuary and then finding there actually was a boat called the Estuary and then--yeah. There was, like, a design to this." She forced herself to stop talking a moment because breathing was important too. She breathed for a long time, in and out, slowly easing the panic and hysteria out of her voice. "There's a design to everything," she said more calmly, though the words felt wrong on her tongue, as though she had not quite yet gotten the right ones to describe what she knew with absolute certainty. "There always is."

It was at this particular moment that a small splotch of wetness on the ceiling condensed into a single droplet, which fell with perfect accuracy onto the candle directly below, snuffing it out.