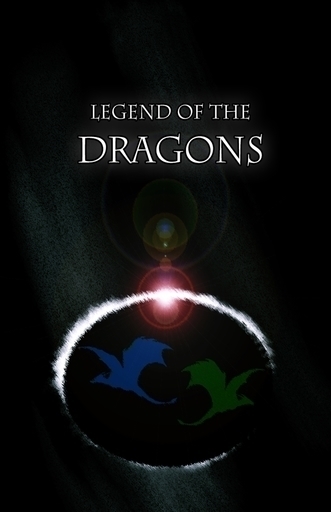 Legend of the Dragons

Legend of the Dragons is a short fantasy tale that tells a deeper story of feeling and emotion. The loneliness and the struggle; the hope for more in life is something many of us face each day. Maybe there is someone for everyone out there, maybe there isn't, but either way the search can bring about some incredible magic along the way.

It is said that while the Sun sheltered behind the moon a bright star fell from the heavens. Upon striking the earth, this star split into two halves. One half was thrown to the west, while the other half to the east. When the two halves of this star finally came to rest, from deep within their hollow centre’s a dragon emerged. The Dragon of the West was as blue as the brightest morning sky, with eyes like burning golden embers. The Dragon of the East was as green as the deepest emerald, and had eyes that shimmered like silver mercury. Neither dragon had any memory of its origin from that fallen star nor any knowledge of the other's existence. But they did find themselves toiling daily with a strong and vexatious need. But a need of what? Sadly they did not know. And this question would remain shrouded in mystery for many years to come, as they explored tirelessly across these lands, searching for an answer to this existential longing...

As the years passed, the Dragon’s came to be known by all who shared the land with them. The Blue Dragon of the West was honourable and the people would lay gifts at his feet. The Green Dragon of the East was benevolent and so the people would sing songs of her glory. One day while the Blue Dragon rested peacefully beneath the shady branches of a crooked old oak tree, he was approached by a huge army. This band of heavily armed men and women pleaded for his support so that they may finally rid themselves of their infernal enemies far off in the east! The Blue Dragon had never really shown any interest in such petty human affairs, yet at the same time found himself pondering a thought. For he had not travelled very far into the east and with his untiring need for answers burning brighter than ever, the vision of new territories to explore proved more than alluring. Rising to his feet, golden eyes gleaming in the sunlight, the Blue Dragon vowed with full conviction to assist this army with their conflict. Little did he know that his choice would soon bring about an event so magnificent that the God’s themselves would stand watching in awe!.. For you see, at the same exact time far away in the eastern provinces, while bathing in the cool waters of a lake, the Green Dragon was also approached by an army. This armed force implored for her assistance, to help liberate the people from their accursed enemies who were always threatening their safety from the west. The Green Dragon also cared so very little about the daily circumstances of the human population, however in this moment she found herself in similar contemplation. For she had always planned to chart the western provinces some day, and now suddenly here was the perfect opportunity to do just that. So with her age old need for discovery still pulling strong within her, the Green Dragon emerged from out of the water, silver eyes glinting like diamonds, and promised to aid the army with their struggle, agreeing to help destroy their enemies in the west!

After countless days of marching the two armies finally met at the Great Plains, set beneath the shadow of the Grey Mountains. Without delay the word was given and a fierce battle began, quickly bathing the earth in the deep red blood of fallen warriors. As the casualties rapidly mounted on both sides and with neither army gaining ground, the Blue Dragon of the West was called upon to engage the battle! Charging headlong into the fight, his fire scorched the land and jagged teeth tore his enemies to shreds as he thundered across the battlefield! No sword could cut him, no arrow could pierce him. The Blue Dragon was like an unstoppable wave washing across the arena without care or mercy! Witnessing such terrible carnage unfold, the army from the east hurriedly summoned the Green Dragon to save them. So without any fear or hesitation she burst forth into the fray! The Green Dragon’s fire quickly rendered the earth to cinders, while her sharp teeth ripped through her enemies with ease; equally matching the Blue Dragons destructive power. Neither human nor machine could bring harm to her as she took across the battlefield like a raging storm! Eventually the two dragons had advanced so far across the field that the inevitable occurred. As the smoke cleared and the dust settled the Blue Dragon’s eyes caught sight of the Green Dragon’s emerald glow as she came approaching and he shuddered to a stop. As the soldiers fell before her and the flames subsided, the Green Dragon’s eyes snatched a glimpse of the Blue Dragon’s deep blue chroma and she too staggered to a halt. As the vicious war continued to explode all around them the two dragons stood deathly still, staring entranced into each other's eyes. Gold and Silver in perfect partnership, with neither creature making a single sound or movement. For these Dragon’s knew nothing of the other's existence up till now, and so had forever been plagued with a profound sorrow at the disheartening reality of being the only one of their kind in this world. To live a life alone, forever misunderstood and incomplete. To find each other now after so many lonely years was not something one could easily receive, as if meeting a stranger along the way. At first no one knew quite what to expect from this momentous encounter, but little did they know that while clearly bewitched by their unexpected reunion, the Dragon’s had already tasted the blood of their enemies, which rested on their tongues like the sweetest nectar. And so raw within their primal hearts, the battle was far from over!

Ignoring all other opponents the two Dragon’s charged at each other, colliding with such a force that the solid ground trembled like paper in the wind and the shockwave sent soldiers, horses and war machines tumbling through the air! This aptly announced the start of a mighty battle of which both the Sun and the Moon would come to bear witness. Fighting harder than they had ever fought before, neither Dragon could gain victory over the other. Every attack disarmed! Every blow deflected! The two creatures were moving and thinking like one life force. It was becoming increasingly difficult to tell whether what greeted the eye was a fight to the death or a dance of passion! But as the days and the nights rolled on, the Dragons became weary. Their muscles ached, their heart’s laboured and they fell to the floor exhausted. The Blue Dragon of the West was surprised, as never before had another been able to know him so intimately. The Green Dragon of the East was as equally amazed, as never before had another been able to understand her so intensely. Gradually, as their energy slowly recovered the two Dragon’s returned to their feet. There were no sounds, not even the song of a single bird or the rustle of the leaves. Only the icy winds as they drifted across the open plains. They looked around to find themselves the only ones left alive on the battlefield. The bodies of a thousand soldiers and warriors lay rotting on the ground as the hungry buzzards stabbed and pecked at their lifeless corpses. Within that moment a shared epiphany struck firm within them both. That after so many long and solitary years, they had finally found the one thing they had both been yearning for... Two souls rejoining as one!

And so from that day forth the two Dragon’s shared an unbreakable bond, one so strong that everybody knew if one Dragon was seen then the other was never far behind. Driven by their new found love and compassion, no longer by sorrow and fear, they chose to never again side with the people’s ruling authorities. They would instead protect the weak and the helpless, while striking fear into all those who would seek harm of the innocent. The Blue Dragon of the West and the Green Dragon of the East became simply known as... The Dragons! 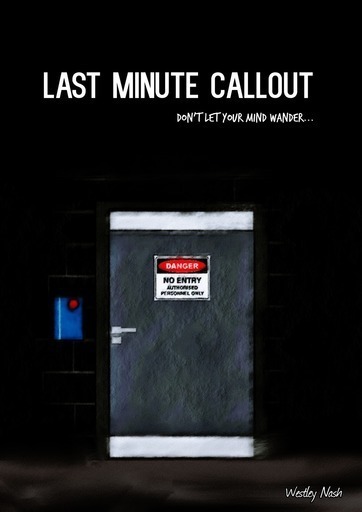 Gary had been an electrician for close to 20 years and thought he knew all there was to fear on the job. Until an emergency callout made at the very last minute takes him down into the old underground drainage tunnels all alone brings a terrifying new danger... 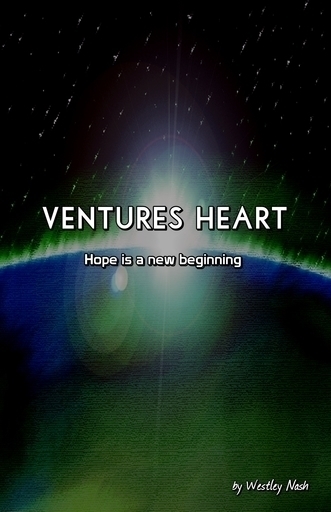 We listen in on the ships log of Captain Taylor, commander of the Colonial Exploration Vessel "Ventures Heart" as it prepapres for it's 200 year long sleeper mission to colonise another solar system. Told in transcript form, it reveals the last conversation between the Captain and the ships dedicated AI system known as SARA before he prepares to hand over full control to the ship and join his crew in cryostasis. Ventures Heart is a story of courage, resiliance and hope, as well human fear and doubt with an inspirational message at it's heart. If this proves popular I may even expand this universe into a series.... Enjoy. 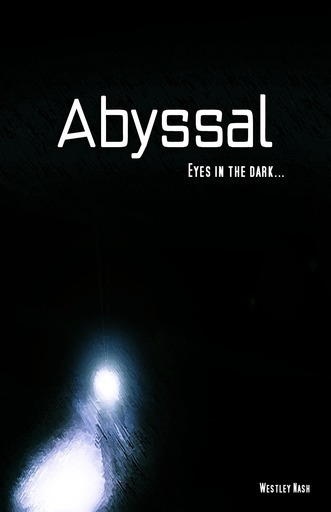 A short story, set in a near future where the search for a new, clean and renewable energy source has led to the exploration of the deepest oceans for geo-thermal potential. This is the personal account of a terrifying incident with an unknown creature, told by the operator of an advanced, high-tech dive suite, nearly 6,000 meters below sea level in the crushing depths...