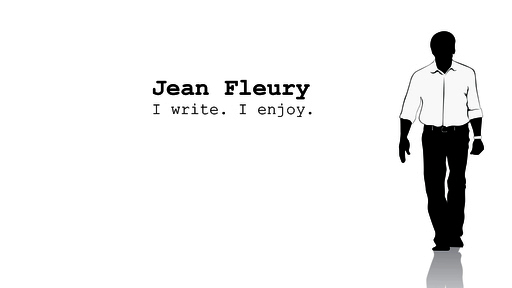 This is the collection of flash stories in progress.

66 Reads
1 Favorite
Get the App

“What’s happened downstairs?” inquired a young man wearing a grey suit, with a jacket unbuttoned, and a black shirt. “I don’t hear the waltz,” he threw a glance at company of seven men.

Their silhouettes were blurred in the cosy darkness of the room. But he knew who they are – the gentlemen who have brought him to success.

“It shouldn’t bother you, Max. We haven’t finished here yet,” an aged man uttered with a dry confident voice. Max respected him the most. He admired this wise person. And feared.

“My apologies, gentlemen,” Max went out of the room. The seven followed him. However, due to their deliberation, Max reached the bottom of the stairs in solitude.

He burst into the hall. Its bright lights blinded him for a moment.

Gentlemen in suits and ladies in gowns were a spectacular vision. But they all were motionless and speechless, staring at something at the open entrance.

“Come back, Max,” the aged man approached. It was rather a severe command.

Max flinched. He felt the man’s stare at his back. It was sending a chill down his spine. This feeling lasted an eternal moment, until Max shook his head, nodded quickly, and made vigorous steps towards the entrance.

There he found a coughing young man on the floor…

Dawn was breaking. But that does not matter in this restless city.

Max was standing at the window and staring at the lights of the metropolis. They were hypnotising him. The silence of his penthouse deafened him.

“What a stupid dream,” Max murmured under his breath.

Continuing to stare at the lights, the young man clenched his fists.

The blow of air from the underground tube touched my face.

I remember everything. I remember how I met her for the first time when the heat was unbearable. It was in the travel bureau, she just started to work there. It was so sweet how she tried to be confident. She tried to look like a professional. But her eyes let her down this time. This look, like one of a lost child. She couldn’t compete with me in geography and national cultures. After five minutes she was listening to me as I were a teacher. I didn’t have much time, but I couldn’t stop. I fell in love with her eyes then.

Oh, these eyes. A year later I was still drowning in them. She’d still adored my stories. And I’ve still been telling them.

The lights of the train are approaching.

“Please stand back from the platform edge,” senseless voice said.

Few words on my phone screen pushed me over the edge.

How stupid I am. Too late…

He definitely knew what to write about. The idea had been in his mind for quite a while. One of the most significant events in his life.

His mind was burning. Once again he lived this moment. One of the most painful moments in his life.

Yet he wasn’t sure if he’s going to share this story.

Memories was flowing from his head. Through his fingers. Into the screen of his laptop.

While typing he was swallowing tears. The break-up, he was writing about, happened a year ago. But he still felt it with all his heart.

What a challenge is to flesh out this pain in just fifteen minutes. All the pain he had been bearing the entire year.

All he could think of was the time preceding the break-up. He was still in love.

And a miracle happened to him. No, he didn’t free from his hopeless love. He even experienced it once more. And enjoyed it. The miracles was… happiness.