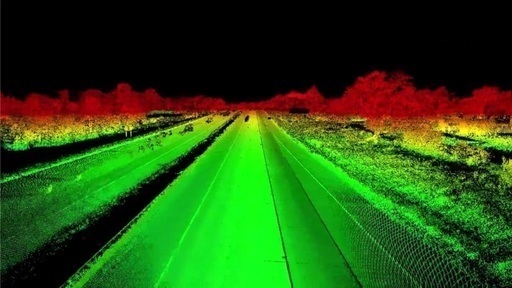 What is LiDAR and its role in self-driving technology?

“We can’t talk about a future of self-driving cars without mentioning LiDAR technology — and we won’t be able to build that future without it.”

Those fairly up to date with the most recent achievements in automotive autonomy may already be familiar with “LiDAR.” However, those less versed may be curious why the technology seems to be on every automaker’s wish list. Why are brands investing in LiDAR? Well, as Argo AI CEO Bryan Salesky put it in a Google, “We can’t talk about a future of self-driving cars without mentioning LiDAR technology — and we won’t be able to build that future without it.”

LiDAR stands for Light Detection and Ranging. It’s a method of mapping the surrounding environment that relies on special laser sensors using light waves to measure the distances of all nearby objects and obstacles. These sensors essentially create a full three-dimensional high-resolution representation of the world around them.

From this description alone one can easily see how effective of a tool it can be for self-driving cars, especially when paired with other technologies (camera, ultrasonic sensors, radar). While these other pieces of hardware all play an important role in allowing an autonomous vehicle to stay on course, LiDAR is especially effective as it is not impeded by light conditions.

The most recent implementation of LiDAR in self-driving technology can be seen with Cadillac’s Super Cruise system that allows for “hands-free” highway driving. The system uses a LiDAR map database to give Super Cruise-equipped vehicles as much information as possible on the roads ahead, and as we saw during our two days letting Super Cruise drive us up and down the East Coast, it works pretty well.

While the auto industry’s biggest names from Ford to GM to Toyota and Uber seem to be committing to LiDAR, it appears that one of the biggest names in autonomy isn’t sold on the technology. Tesla, whose Autopilot system already has a strong presence on public roads, has yet to explore the use of LiDAR and actually believes it doesn’t necessarily need to. The automaker’s chairman, Elon Musk, has cited both its high cost and current limitations in inclement weather. In contrast to LiDAR, Tesla’s method of mapping relies on its interconnected fleet of Autopilot-equipped cars recording data of the roads they’ve covered and sharing the information with other vehicles.

Despite Musk’s claims, it appears that the other major players have their sights set on LiDAR. At least Ford’s five-year $1 billion investment into Argo AI says so. The startup believes it’s the answer to achieving the next SAE levels of autonomy and Ford is clearly willing to bank on that claim. Argos’s purchase of Princeton Lightwave comes just one year after Ford also poured $150 million into Velodyne, another already well-known LiDAR startup.

Lidar’s success in advancing commercial self-driving systems largely depends on automakers finding a way to lower its manufacturing costs, but that issue already appears to be dissipating. Car brands with their own acquired LiDAR companies are already saving or are projected to save considerable amounts on the cost of the technology, and even companies like the notably expensive Velodyne continue to slash prices.

It remains to be seen if LiDAR truly is the solution to full autonomy even if auto execs continue to vouch for the technology, like GM’s Scott Miller who called Musk “full of crap” for believing it wasn’t a necessity. However, as hardware prices continue to plummet and automakers continue to place their faith and wallets into it, LiDAR seems close to a given answer at this point.

What do you think about this technology? Share your opinion in the comments.