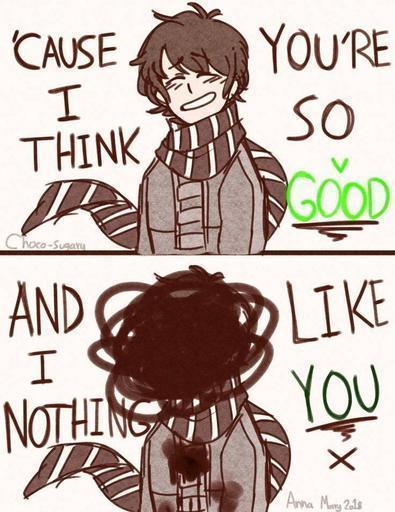 The Second book to the Killer. He meets the girl of his dreams in the most unlikely place. One thing was for sure. He didn't know that he loved her enough to have a daughter. Than her death will inspire him to not tell his daughter that he is her father.

I woke up and it hurts so badly. "Whoa calm down kid, he won't be able to get you here." A nurse said and he remembered Jeff stabbed him and he sighed. His eye's widened again Cynthia. He tried getting up, but the nurse pushed him gently down. "No you can't get up." She said scribbling on her clip board. "Your brother he's so evil such a demon!" She went on and on. He started getting angry with each word. "Shut up! He said and she turned around slightly. "Clam down you're making the heart mentor go-" She stopped mid sentence. "Shut up." She was cut off by Liu stabbing her in the eye. "My brother is not a demon." He said "I would say other wise." Said a voice in his head. He looked in the mirror. Stitches everywhere and he frowned and his eyes widen. "C-Cynthia will never love a monster like me." He said and got some clothes and put it on. "I have to find Cynthia and get her out of that place." He thought out loud. He left the building. He didn't know why. He is risking all of this for a girl he barely knew for less than a week. He thought maybe it was stupid maybe it was because he felt bad. Or just maybe it was because he loved her. He didn't care he just wanted Cynthia with him, Nothing more nothing less, only Cynthia. Just Cynthia mattered to him.

I stood at her window knocking on it. She saw me and her eyes widened. "L-liu?" She asked and smiled looking at her. "W-what happened t-to y-you?" She asked. "My brother. Don't be afraid, I've come to save you from these people!" I said as she touched the side of my face and kissed me. "I'll go with you." I smiled as she jumped out and I caught her. I held her and she looked in my emerald green eyes with her crystal blue eyes. "I'll be damned if you aren't the most beautiful thing in this moment, Cynthia Diana Sketch." I said and she blushed as I set her down her bare feet feeling the grass she smiled and started jumping up and down. "My prince charming. I love you." She said. "I love you too, but it's time to go." I held out my hand. She took and we ran. We both smiling and laughing. She was the most beautiful ever and everywhere. Her eyes had a sparkle and it was beautiful. It always will be for as long as we live. Our youth is forever. Our youth is forever. At least that's what we thought. I set a flower down on her grave crying. I can't do this anymore. I said holding the baby we had. I need to give her away. My poor Aya I'm sorry.

Copyright Â© The Shadows 2018.Â
Published in 2018 by Tablo Publishing.

616 aka Onix is a girl without a past and connection with the RFA. She knows that she's just a game is so is her one true love Saeyoung.

The 3rd book in The Killer series. Not all Killers are the same and they deffently don't tell the same story. That's true for Toby Andrew Rogers. The fact that Aya is helping him doesn't help as much as the way Jess helps him.