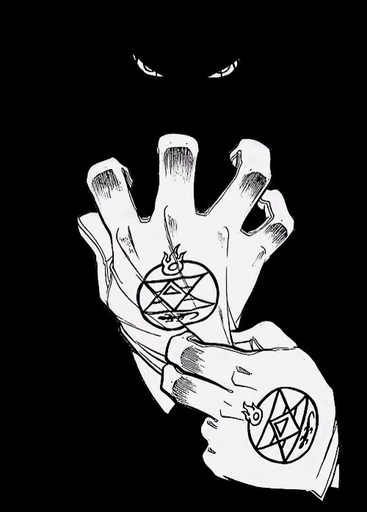 A young alchemist's journey to infiltrating the corrupted government in Central, along with the help of her mentor, Roy Mustang.

It was raining when she woke up, which made her wonder just how much time had passed. She crawled out of the car with her bag and made her way to Dominic, who was lying on the ground. His body was cold to the touch and he was motionless. She panicked. He couldn't die. He couldn't be dead. But after checking his pulse, she realized there was no chance for him. Even if he were still alive, he wouldn't have much of a chance, since there wasn't a town in sight and the road they were on was old and abandoned.

Tears started to run down her face as she grieved silently for her friend.
"I'm sorry. This is my fault. I'm so sorry," she whispered in a choked-up voice as she hid her face in his bloodstained shirt. This wasn't supposed to happen. Her parents weren't supposed to find her, but they did. And now... Now Dominic was dead. Anger started to rise in her and she racked her brain for a way, any way, to bring him back.

When she awoke, flashes of images she had seen raced through her mind. She could hardly feel her limbs from the cold, and a sudden spasm of pain made her curl up into a ball, clutching her bag to her chest. When the pain passed, she turned around to face Dominic, dreading what she might find.
"Kate," she heard him say, and she felt hope rush in, until she saw him. Her eyes widened with horror as she stared at the monster she'd created, and let out a blood-curdling scream. The thing twitched and reached out towards her but she scrambled to her feet, just out of reach. "I'm sorry," she gasped before she ran away, leaving it to die.

Two days later, she was running low on the food she had. She had stumbled into the nearest town a few hours after running away. After spending the night in an inn, she was thrown out for not having money to pay their fees. She didn't know where to go or what to do, but she knew she couldn't go back to her parents. Not after what happened---not after what they DID to Dominic.

Since she couldn't afford food anymore, she used alchemy to transmute weeds into bread, but using alchemy now sent shivers down her spine. She couldn't forget how the monster reached out to her, how it stared right at her. It was a mistake, she knew that now. There was definitely a reason why human transmutation was a taboo, but she just couldn't let him die. Not after everything he'd done for her...but she had messed up, yet again, and now she couldn't even give him a proper burial.

A cold draft suddenly came through the alley she was huddled in, interrupting her thoughts and making her shudder.
"Hey, get back here!" someone shouted as a man ran past her with a bag, before realizing the alley was a dead end. Trapped, he looked around and saw her.
Oh shit, she thought. She started to run away from him but he grabbed her and held a knife to her throat.
"If you don't let me go, I'll kill her! I'll kill her I swear!" he shouted at the police officers who all aimed their guns at him.
"Let her go and give the gold back! Don't make me shoot!" one officer shouted.
"No! I swear I'm gonna kill her if you don't let me go!" He pressed the knife against her throat hard enough to draw a drop of blood. She gasped in pain and instinctively grabbed the arm that was holding the knife, using alchemy to deconstruct it.

The man shrieked in pain as his stub of an arm dripped with blood, but she just scowled at him, grabbing the bag he dropped and giving it to the officers. She winced as she probed her neck wound and, before she knew what she was doing, healed it with a crackle of blue electricity. The officers stared at her in shock, since alchemy wasn't something they saw every day. Finally, one of them got the courage to ask, "Are--Are you a State Alchemist?"
"No," she said, laughing bitterly and picking up her belongings. "Alchemy's just a hobby."

They took her to the station to write a report on what happened. They fed her and let her take a shower, and they even gave her new clothes to change into---luxuries she missed already. She thanked them, but after making sure she wouldn't be charged for deconstructing the robber's arm, she left. She didn't want them to find out she was a runaway child since they would just return her to her parents. But before she stepped out the door, an officer called out, making her heart skip a beat.
"Miss, I almost forgot. What's your name?"
She turned towards him and said, without even hesitating, "Kate. Kate Livewire."

Three more days had passed but now she had a goal. She was going to travel to Central to become a State Alchemist. Other than that, she had no plan on how to pass the exam they had for potential State Alchemists. She'd left all her alchemy books at home, and she definitely didn't have the money to buy new ones.

She had heard that the best way to pass the exam was to find a high-ranking alchemist to tutor you, but she had no idea who would want to train an amateur like her. Another thing was troubling her too. She had been able to use alchemy on that man without a transmutation circle. But wasn't that considered impossible? There were too many questions floating around her mind and not enough answers, so for now, she focused on getting to Central.

She hitched rides on delivery trains, which weren't as strict with checking each boxcar, and met a few stragglers along the way.
One of them was a man whom she befriended and traveled with for several days.
On their last day together, he confessed to her that he was a former State Alchemist, and, in the hopes of discouraging her from becoming a State Alchemist like he had, he told her the real story behind the Ishvalan war.

He told her how the story of a soldier accidentally shooting and killing an Ishvalan child was false, how a group of soldiers had been sent to kill Ishvalans for no reason but to incite the war. How his colleague was forced to take the lives of innocent doctors simply because they treated Ishvalans and soldiers alike, then was hailed as the Hero of Ishval for the number of lives he had taken.

The atrocities committed in the name of the State horrified her, to be sure, but she refused to change her goal.
"I have to become a State Alchemist, Marcoh. If I become a State Alchemist, then I'll have the resources and money to help people. I'll have access to the National Library, so I can learn more about alchemy and become a better alchemist---a stronger alchemist. I can infiltrate the government from the inside, find out just how deep this...corruption is. And if things get too bad, I can always quit and work against them," she told him, her eyes filled with determination.

Marcoh stared at his fingers with a sorrowful expression.
The light from the candle she'd transmuted flickered and made shadows dance across his face.
Finally, he spoke.
"I understand. You still hope that you can make things better, but the corruption runs deep. Deeper than I ever thought it did. You should be very careful in who you choose to be your mentor."
"Who would you recommend? Surely you know someone I can trust and who can teach me all there is to know about alchemy?" Kate pressed.
Marcoh hesitated, thinking of all the alchemists he had met.
"...Well, I suppose, if you're looking for someone who has a broad and intense knowledge of alchemy, and who at the same time is someone you can trust......"
He stared out into the darkness.
"Roy Mustang. That's the name you should remember."
"The man who shot those doctors?" she asked in shock, not expecting that answer.
"War forces us all to do horrible, despicable things out of self-preservation. But if you look beneath the sins he committed during war, you will find that he's a good man. Last I heard, he was promoted to Colonel and is working in the East Area. If he's decided to stay with the government instead of denouncing his title, I suspect he's either planning on working his way up the ladder so he can change things from the inside, or he's given in to the corruption. But I doubt he has given in. After killing those doctors, he was going to kill himself before I stopped him. That man has a strong conscience and a sense of right and wrong."

The train tooted its horn and came to a stop.
Marcoh stood up and held out his hand to Kate.
"I wish you the best of luck. If anyone can change the government from the inside, I sincerely believe it will be you and Roy."
She took his hand and shook it before he stepped off the train.

On a stroke of fear, she dashed to the door and called out, "Marcoh wait! Is it possible for someone to use alchemy without a transmutation circle?"
In the shadows, Marcoh turned around sharply to stare her in the eyes.
"From what I've seen, only people who've performed human transmutation have been able to do that," he said, then ran off before any officers could see him.

At the next stop, she snuck her way onto a train headed to the South Area. From there she would have to find a way to get to the East Area. Her heart heavy with dread of what was to come, she hoped and prayed that this Roy Mustang would be as good a man as Marcoh remembered. 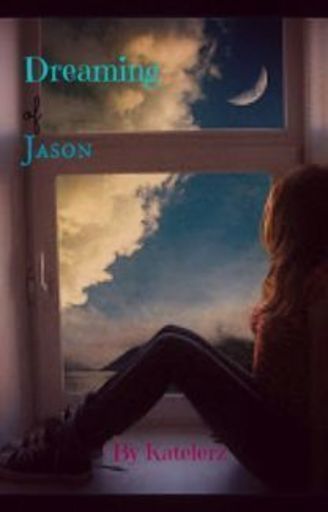