An attending psychiatrist at the Wyoming Behavioral Institute in Casper, Wyoming, Dr. Prypchan specializes in Adult, Child and Adolescent Psychiatry. She has more than two decades of experience in psychiatry, beginning as early as adolescence when she conducted psychiatric patient interviews while assisting her father in his psychiatric practice in her homeland, Venezuela.

After obtaining her M.D. degree at the University of Carabobo in Venezuela, Dr. Prypchan moved to Pittsburgh, Penn., where she lived for six years. During this time she worked as a research associate with Matcheri Keshavan, M.D. in the field of schizophrenia, then with Duncan Clark, M.D. in the field of anxiety disorders in children and adolescents with substance abuse at Pittsburgh Adolescent Alcohol Research Center. She then joined Juan Mezzich, M.D. and worked on several World Psychiatric Association projects on Diagnostic Classification Systems in Psychiatry at the University of Pittsburgh’s Western Psychiatric Institute and Clinic.

Dr. Prypchan trained in general psychiatry for three years at the Universidad Central de Venezuela and for four years at Elmhurst Hospital Center/Mount Sinai School of Medicine in New York City, where she was also a fellow for two years in Child & Adolescent Psychiatry.

Dr. Prypchan has written 150 published articles and is a three-time recipient of the National Award of Scientific Journalism in Valencia, Venezuela.

“My Buddhist practice and my Master and Disciple relationship with my father and other mentors have been paramount to my development as a human being and therefore as a psychiatrist... I wouldn’t have been able to overcome the challenges I met under the pressure of passing rigorous exams as a student who was older than most, if not all, of her U.S. medical school classmates if I hadn’t begun to practice Buddhism.”

“When I began my practice in 1988, I felt as though I was a leaf spun around by the wind, but 20 years later, I feel more like a tree, robust and rooted in the ground of reality.”

“Life is a search, seeking spirit, seeking conclusion. What we want is to find freedom and peace and to manifest our potential... How can this be accomplished? Through unification, not compartmentalization."

“I very much enjoy the literary and visual arts. When I’m not practicing psychiatry, I spend a good deal of my time reading books (especially biographies) and seeing movies that explore a combination of psychiatric and philosophical themes.” 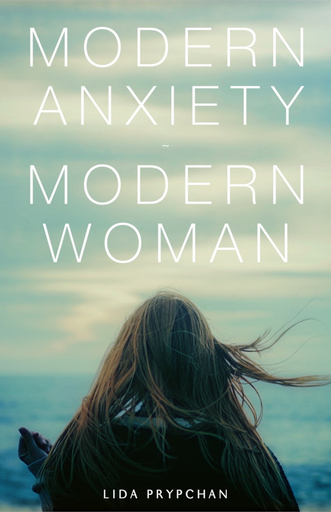 Writing Lida has Shared on Tablo